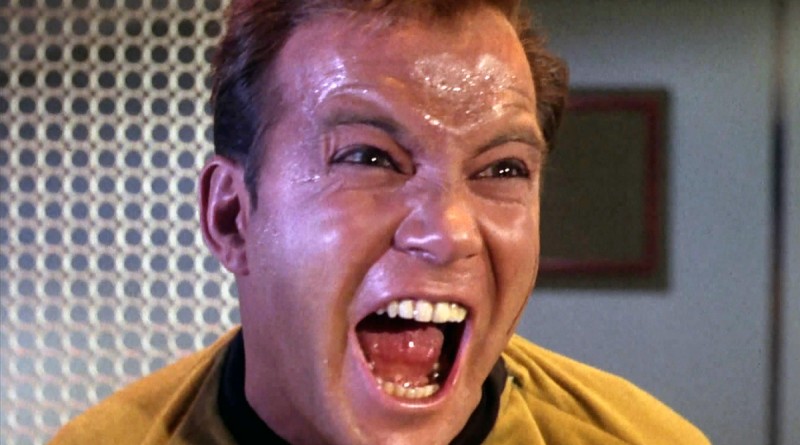 After any capital campaign, the machers expect an accounting of how you spent the money.

The building of the tabernacle, the mishkan, was no exception.

This week’s parsha gives a detailed accounting of how much gold, how much silver, how much nechoshet, which is translated as either bronze or copper depending on who you go with, and what it was used for: so much to make this piece, so much to make that piece.

In 38:29 we have an accounting for the nechoshet: it was used for the mizbeach (the altar), various implements, sockets and pegs. Abravanel points out that something is missing from the accounting: In 30:18 it says that the kiyor (the basin, used by the cohanim for their ritual washing) and kahno (its stand) will be made of nechoshet. So why aren’t they listed here in the accounting?

The answer is found in last week’s parsha, 38:8: where it says the basin and the stand will be made with “marot hatzovot.”

“Marot hatzovot” is a curious phrase; it could mean “the vision of the congregation;” however, Onkelos renders it as “the mirrors of the women who came to congregate.”

Rashi explains (based on Midrash Tanchuma) that the daughters of Israel had copper mirrors which they would use to beautify themselves. These were a prize possession; even these mirrors, they did not withhold. But Moses rejected them, because they were made for accomplishing the ends of the Yetzer Hara, the evil inclination. God told Moses: “accept them, because these are dearest to me of all, for with them the women established the legions in Egypt.” When their husbands were exhausted by heavy labor, the women would go and bring them drink and feed them. They would take the mirrors, and each would view herself with her husband in the mirror, and entice him with words saying, “I am handsomer than you.” By these means, they would bring their husbands to desire and would have relations with them, and conceive and give birth there. The basin was made with them because it is meant to make peace between man and wife (the water for the Sotah ritual, which would clear a women suspected of adultery, was drawn from it). We know that they were real mirrors, and not an “image or vision” because the basin and its base were not counted in the items made from the freely offered nechoshet as related in this week’s parsha.

From this we see that the yetzer hara, the evil inclination, gets a bum rap. Most of us would think the evil inclination is a bad thing we should get rid of—which is what Moses thought when he didn’t want to use those mirrors, symbolic of the yetzer hara. However, from God’s answer we learn that the inclination is not truly evil as we would think of evil. It’s a necessary component of life. God treasures it when its power is used to serve Divine ends. We see this idea of directing the power of the yetzer hara reflected in our daily liturgy: in the brachot hashachar, the morning blessings, we say “v’chof et yitzranu l’hishtabed lach,” force our inclination to serve you, but not that the inclination should be eradicated.
Another liturgical hint that God wants us to direct the yetzer hara, not eradicate it, is found in the Shema: In the Shema we say v’ahavta et adonai elohecha b’chal l’vavehcah, you shall love the Lord your god with all your heart. The word for your heart, l’vavecha is spelled with two letter vets. The rabbis says the reason for the two vets is that we should love God with both sides of our heart, with both the yetzer hatov and the yetzer hara.

A story from the Talmud tractate Yoma is instructive:

The people were crying that the thing that had destroyed the Sanctuary, burnt the Temple, killed all the righteous, driven all Israel into exile, is still dancing around among us! (This is the desire for idol worship).

They ordered a fast of three days and three nights, whereupon evil inclination for idol worship was surrendered to them. He came forth from the Holy of Holies like a young fiery lion. The Prophet said to Israel: This is the evil desire of idolatry, as it is said: And he said: This is wickedness. As they took hold of him a hair of his beard fell out, he raised his voice and it was heard across Israel. The people said: How shall we act? Perhaps, God forbid, they might have mercy upon him from heaven! — The prophet said to them: Cast him into a lead pot, and seal its opening with lead. Because lead absorbs the voice. The people succeeded in this. The people then said: Since this is a time of Grace, let us pray for mercy for the Tempter to evil. They prayed for mercy, and he was handed over to them. The prophet said to them: Realize that if you kill him, the world goes down. They imprisoned him for three days, then looked in the whole land of Israel for a fresh egg and could not find it. The people said: What shall we do now? Shall we kill him? The world would then go down. Shall we beg for half-mercy? (just enough that we would still want our wives, but not other women?) They do not grant ‘halves’ in heaven. They put out his eyes and let him go. It helped inasmuch as he no more entices men to commit incest (the rabbis say this is why we don’t have to have a prohibition of men being secluded with female relatives—although, also as we know, sadly the problem of incest has not been completely eradicated).

The yetzer hara is not just about procreation: in the midrash, in Bereishit Rabah, it says that “the yetzer hara is very good. How so? Without it, a man wouldn’t build a house, marry a woman, have children, and conduct a business. As Solomon taught (in Ecclesiastes) ‘I have also noted that all labor and skillful enterprise come from men’s envy of each other.’”

You might think that at least people’s personalities would be improved without the yetzer hara, we would somehow be better people. An example of the personality effects of removing the yetzer hara is found in Star Trek. The original Star Trek, with Captain Kirk. In an early episode there was a transporter malfunction, and Kirk was split into 2: Kirk No. 1 is wild and irrational—all yetzer hara! Kirk No. 2 is gentle and compassionate—all yetzer hatov. The crew assumes that Kirk No. 2 is the real Captain Kirk, until they notice that he is unable to make a decision, and is sinking into paralysis. The happy ending occurs when they fix the transporter and get the Kirks back together. The whole is far more powerful than the two parts, and Captain Kirk goes on to several more successful seasons.

The yetzer hara is more like the id, or the libido, than it is the “evil inclination.” The yetzer hara itself is morally neutral: it can be applied to either noble or ignoble causes. However, by its nature, it tends toward the selfish, and therefore may tend to INCLINE one toward evil. It wants its desires satisfied in the fastest, easiest way possible. It takes effort to redirect the yetzer hara to be a force strictly for the good.

However, subduing the yetzer hara can be at once very difficult and at the same time not as difficult as some people would like to maintain; people sometimes use the difficulty to change as an excuse not to change. These different views of the challenge involved in directing the yetzer hara is reflected in a story from the Talmud: In the Talmud it says that in the time to come God will bring the Evil Inclination and slay it in the presence of the righteous and the wicked. To the righteous it will have the appearance of a towering hill, and to the wicked it will have the appearance of a thread of hair. Both the former and the latter will weep; the righteous will weep saying, ‘How were we able to overcome such a towering hill!’ The wicked also will weep saying, ‘How is it that we were unable to conquer this hair thread!

How do we control the yetzer hara? Judaism clearly favors marriage for the channeling the sexual instincts. Some religions have traditions of celibate monks and clergy, which is an effort to eradicate or at least sublimate the yetzer hara. A Christian view toward sex was stated by Paul, who said it is better to marry than to burn. Judaism on the other hand teaches that marriage is the ideal, and conjugal relations are not only tolerated, they are encouraged, and are in fact a requirement, a mitzvah. In the Talmud there is a story of a rabbi who remained single because he was so focused on his love of Torah and study, and his colleagues chastised him sternly.

The Talmud teaches that studying Torah and doing acts of kindness are also ways to conquer the yetzer hara. We learn this from a verse in Isaiah: The rabbis say “blessed are ye that sow beside all water” means Blessed is Israel, when they occupy themselves with Torah and acts of kindness their inclination is mastered by them, not they by their inclination. For what is meant by ‘sowing’ but doing kind deeds, as it is said, “Sow to yourselves in righteousness, reap according to mercy;” and what is meant by ‘water’ is Torah, as it is said, Oh ye who are thirsty come to the water.

Observance of the mitzvot can also help subdue the yetzer hara. Shabbat, with its weekly reminder of the need to make time for our family, time for our spiritual needs, time for rest helps us to continue to strive for holiness in the rest of the week. The key is mindfulness, paying attention: obeying mitzvot on “autopilot” without thinking about why you do them, will not necessarily transform you or help you be a better person.

As we see from God’s acceptance of the gift of the copper mirrors of the women of Israel, which Moses said was used for purposes of the yetzer hara, when we harness the yetzer hara it is a beautiful thing in the eyes of God.

May the yetzer hara appear to you like a mountain that you conquered when that “time to come” arrives!

Pekudei 5771: The importance of integrity and transparency