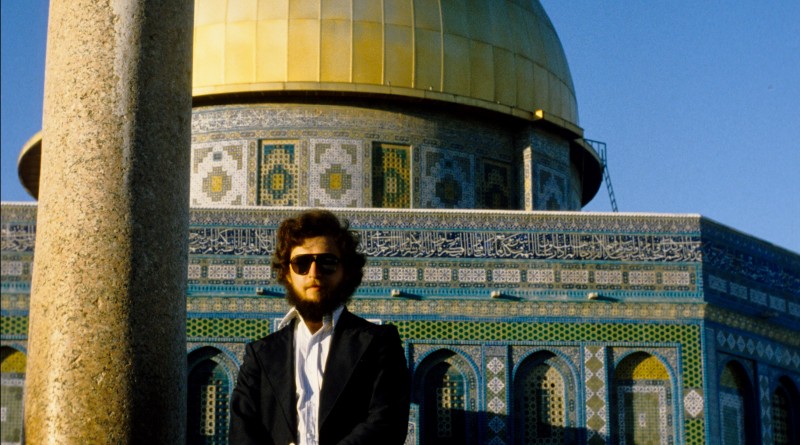 When we celebrate the Jewish holidays they are centered on observance at home. Our homes have been turned into a mikdash me’at, a little Temple.

Two thousand years ago holidays were centered on the Temple in Jerusalem. Our Torah portion this week, Emor, tells us details of what sacrifices were offered on the various holidays. Instructions are given to the Kohanim, the priestly class, on how to conduct themselves. But all of those instructions are somewhat academic now—the Temple is destroyed, those procedures are no longer followed.

In today’s Haftorah we read from the prophet Ezekiel. Ezekiel prophesied during the First Exile, during the period nearly 2,600 years ago in between the destruction of the First Temple and the building of the Second Temple. In the selection we read from this week’s Haftorah, Ezekiel gives instructions to the priests; in other chapters of Ezekiel we have his vision of what the future Temple will look like and how it will function.

There are many questions about this Third Temple. The first question is one of location. Traditionally, the location of the first two Temples, and therefore the location of the future Third Temple, is the spot exactly where the mosque the Dome of the Rock sits today. But there are other opinions—some scholars believe the Temple stood to the north of the mosque, and others believe it stood to the south of mosque.

What will this Third Temple be like? Ezekiel describes a Temple different than either of the ones that existed in history. In the beginning of chapter 40 of Ezekiel it says that the prophet, who was a kohen (priest), was mystically transported from Babylon to Jerusalem, and shown every detail and measurement of the future Temple by an angel of God. The book of Ezekiel not only gives measurements that differ from the Torah, but he gives priests different rules to follow than the Torah specifies. In fact, he limits service in the Temple not only to Kohanim, but specifically to Kohanim descended from Tzadok—the Sadduccees. Even the numbers and types of sacrifices to be offered on the holidays were different than what is in the Torah. Which led some rabbis of the Talmud to call for banning the book of Ezekiel: how can the New Temple and procedures contradict what’s in the Torah?

As if we don’t have enough questions already, there is also a debate as to which comes first: the Temple or the Messiah. Rambam (Maimonides, 12th c.) says that the Messiah will come, and then he will build the Temple. In fact, one of the ways we’ll know it’s the Messiah is if he builds the Temple. The Midrash, on the other hand, says that God Himself will build the Third Temple, and it will descend from Heaven in a fiery cloud.

Rambam rejects this Midrash. Rambam says that it is a positive  commandment incumbent on us, every Jew in every generation, to rebuild the Temple. This is based on the verse from Exodus, “And they shall make for Me a sanctuary, and I will dwell among them.” According to Rambam, we are supposed to build the Temple, as soon as we can…and we’ll be helped by the Messiah.

In the Shacharit Amidah (morning prayer) which we recited a little earlier this morning, and in the Musaf Amidah (additional prayer) which we are going to recite a little later this morning, we prayed for the rebuilding of the Temple. You might not have even noticed the prayer—it’s brief and goes by quick. But if you pay attention, you’ll notice towards the end of the Amidah if you are reading the English it says “Accept the prayer of Your people Israel as lovingly as it is offered. Restore worship to Your sanctuary.” V’hashav et ha’avodah lidvir batekha.

So what is it that I pray for when I pray for the rebuilding of the Temple?

Ezekiel’s prophecy differs from what is in the Torah. I do not, God forbid, claim to be a navi, a prophet. I talk to God, and I’m sure God listens, but I only hear the voice of God in studying Torah and talking to His children. I’m just another Jew trying to make sense out of a very confusing world. So don’t take my words as the words of a prophet, or a prediction. This is just what I pray for.

I pray the time will come when a great leader will arise in Israel. A leader who can make a true and lasting peace with our Muslim brothers.

What’s hard is it’s not enough that we have a leader who can make peace, I also pray that the Muslims will get a leader who can make peace. That our Arab cousins will embrace us as friends instead of trying to kill us. And we will embrace them without fear. The security fence that Israel is now building out of necessity to preserve lives will come down—just like the Berlin wall came down. Israel and the Palestinians won’t need a fence, they won’t even need borders—just as there are no borders in Europe anymore.

Instead of offering animal sacrifices, I see us offering prayers and love at the Third Temple. As the prophet Hosea reported, God said ki chesed chafatzti, v’lo zevach, it is kindness I want, not sacrifices. I see the Temple as kindness central. It will be a place of prayer, a place of study, and a place from where we send out great kindness and charity to the world. In the Talmud it tells us that during Sukkot 70 bulls were offered, corresponding to the 70 nations. We now have a lot more than 70 nations—there are now 191 members of the United Nations. I see a representative coming to the Temple on Sukkot from each of the 191 nations, and Kohenim in the Temple offering prayers to God on their behalf.

I see a time when the prayer for the destruction of our enemies which we recite in the weekday Amidah will be obsolete, except as to how it relates to our own internal enemy, our yetzer hara, our evil inclination, which draws us away from God, peace, and harmony.

When I pray for the rebuilding of the Temple, this is what I pray for.

Yibaneh beit hamikdash, may the Temple be rebuilt, speedily and in our
days.