This week’s Torah portion begins with an accounting of the gold, silver, copper and other valuable things that were used in constructing the Mishkan, the Tabernacle, which represented God’s presence among the people of Israel.

Like any good leader, Moses knew that after the contributions have come in and the work has begun, you need to take an accounting – both so that the donors will know how the capital campaign went, and so that you’ll know what you have to work with in the next phase.

You can see our accounting for the results of our capital campaign every time you come in the door of the synagogue, where our “thermometer” showing funds raised to date is prominently posted.

The Hebrew word for accounting is roeh cheshbon, literally, to “see the accounts.” But beyond the accounting for the physical assets—the gold, silver, copper, money, etc.—we occasionally need to take what the tradition calls cheshbon hanefesh, a spiritual accounting.

Last week I was in Houston, Texas, participating in a cheshbon hanefesh, a spiritual accounting, of the Conservative movement. I was at the annual meeting of the Rabbinical Assembly, the world wide organization of Conservative rabbis. Our conference was titled “Reinventing Conservative Judaism: Redefining Our Mission for the Twenty-First Century.” As one Jewish paper described our meeting, “At a time when some say the Conservative movement is at a crossroads, and perhaps suffering an identity crisis as its membership dwindles, some 300 rabbis are scheduled to “ponder the future” at the 105th Rabbinical Assembly convention.” Rabbi Ehud Bandel started his remarks with “Houston, we have a problem!”

The very short answer is that in many ways, the movement is much like our synagogue. B’nai Israel is facing big demographic challenges: as the Jewish population of Toledo shrinks, our membership base has been shrinking. Our congregation is aging. But there is good news as well: there are a lot of exciting things going on at B’nai Israel, our capital campaign is off to a great start, we are designing a new building, we have lots of well attended exciting programs.

A lot of the reasons for our losses are things we can’t do anything about. Conservative Judaism is middle of the road, centrist. Back in the heyday of the movement, in the 40s, 50s, and 60s, society valued being a centrist. Radicals were shunned. But since the convulsions of the late 60s and the war in Vietnam, our society has become increasingly polarized. People are moving to extremes. One speaker gave an example of a marriage: if one partner wants to live in New York, and one partner wants to live in California, compromising by living in Kansas is not going to please anyone! People are gravitating toward one or the other of the extremes, and there’s not much we can do about that.

Another demographic fact is that intermarried Jews who choose to raise their kids Jewish mostly choose to affiliate with the Reform movement—and with 31% of all adult Jews intermarried, that’s a lot of people.

There are other factors in the decline that represent conscious choices we have made. In addition to the intermarriage angle, the Reform also have made inroads because in many cases they don’t require as many hours a week of religious instruction for kids to have a bar or bat mitzvah. For many parents who consider Judaism just another activity, to be scheduled in somewhere in between soccer and music lessons, the reduced time demand is a big consideration. The Conservative movement has, rightly in my opinion, insisted that six hours a week of religious instruction should really be the minimum.

Why are we losing some of our most committed to Orthodoxy?

It’s where they find communities of serious Jews, committed to living a Jewish life. If a young Jew wants to find a community where there is serious Torah study, where there are a lot of other people whose homes he can walk to on Shabbat and eat the food without worrying about kashrut, he is likelier to find it in an Orthodox community than in a Conservative community. It doesn’t mean he know longer believes in egalitarianism or our understanding of Torah.

The nationally syndicated radio talk show host Dennis Prager came and spoke to us. He had some important things to say about the importance of faith, the divinity of Torah, Israel’s Christian supporters, and gay marriage—all of which are topics for another time. But one thing he shared is how people assume he’s Orthodox when he says he won’t do a show on Shabbat or Yom Tov. People in LA were amazed that he turned down an invitation to be on Larry King because it was a Friday night, and he’s not Orthodox.

Dennis Prager’s problem – people assuming he’s Orthodox, when in fact he identifies himself as a “non-Orthodox religious Jew”—highlights what some rabbis think is a big problem for the Conservative movement. No one knows what we stand for. Many Conservative rabbis feel they cannot clearly articulate what the Conservative movement is about. The Orthodox speak of “Torah-true” Judaism. The Reform speak of Tikkun Olam. The closest the Conservative movement comes to a similar slogan is “Tradition and Change” but somehow that doesn’t tell you much and isn’t so compelling. One of my colleages suggested “Honest-to-God” Judaism, which at least has nice ring to it even if I’m not sure what it means.

Some of my colleagues think the Conservative movement has a marketing problem, which they define as meaning we have a great product, but we are not promoting it well. We just need that great slogan for a billboard. The President of the RA, Rabbi Rafi Rank, said we should be promoting not just Judaism, but specifically Conservative Judaism—he gave an example that if he were a manager for the Fuller Brush company, he would want his salespeople out there promoting Fuller brushes, not just any old brushes.

As a former marketing guy, I can tell you the first thing you have to do in marketing a product is to pay attention to your product, not your advertising slogans. So, let’s look at our product: why do you belong to a Conservative synagogue?

Fidelity to the Conservative ideology NOT a big reason. Chancellor Schorsch of the Jewish Theological Seminary said ideology is not important to most Jews. This is absolutely correct. Therefore, a clever marketing slogan that focuses on ideology—a better way to describe what we are about—is not going to make any difference whatsoever.

The Chancellor also said that one problem is the seminary is training rabbis as managers, and what we need is more entrepreneurs. What I read into his remarks was an implication that he thought this problem could be solved by changing the curriculum at JTS to be more entrepreneurial.

If he does think that would fix it, I disagree. A few college courses on entrepreneurship are not going to create entrepreneurs.

Who are the real entrepreneurs in the Jewish world today?

The big entrepreneurs are Chabad—there are a lot of them, and they get pushed out into the world as shluchim with a small stake to get them started. It’s then sink or swim. THAT’s what breeds entrepreneurs. One of our problems is our rabbis are a very elite group: you have to have a college degree to start the program, and then you spend five or six years studying—longer than law school, comparable to medical school. Rabbis today graduate with a ton of debt, so they can’t afford to be entrepreneurs—they have to get a high paying job to pay off the loans. So we have mega-shuls with four rabbis and multi-million dollar budgets in big cities, and we have small communities who don’t have a rabbi because they can’t afford to pay $80k or $90k starting salaries. We’re also not starting new synagogues—young Conservative rabbis are not moving to places where Jews are moving to and starting new shuls because they can’t afford it and no one encourages them to. If a community can’t bootstrap itself to 100+ members and financial viability they will never have a Conservative rabbi come serve them. How many Chabad houses would there be if Chabad waited until a community called up and said, “hey, can you send us one of your rabbis, we’re ready?” And we certainly don’t have young Conservative rabbis going to places like Ukraine and trying to set up shop simply because there are Jews there who need to be connected to Judaism. The system is not set up in a way that encourages this.

If my accounting of the Conservative movement seems a little pessimistic, let me share some good news as well. There are some things the movement does a great job with—Camp Ramah and USY among them. There are now 50,000 kids affiliated with the Conservative movement going to Jewish day schools. There are some amazing teachers affiliated with the movement—I learned some amazing Torah from Rabbis Brad Artson and Alan Lew during my days in Houston.

And there are some Conservative rabbi entrepreneurs: Rabbi Howie Siegel in Houston has started what you might call a Conservative Chabad House: he offers Talmud classes at Borders, Introduction to Judaism classes at the offices of his wife’s dental practice, Shabbat services at a branch of the JCC, charges no membership fees and has offers free High Holiday services, by donation.

We have several entrepreneurs in Israel: Rabbi Yonatan Rudnick is bringing something brand new to Israel—he is the first real hospital chaplain in Israel. Many Israeli hospitals have rabbis on the staff: who supervise the kashrut of the kitchen and go around before Yom Kippur with a doctor to figure out which patients are capable of fasting (I kid you not), but not talking with them about spiritual issues. Rabbi Rudnick doesn’t introduce himself as “rabbi” because too many secular Israelis get the heeby jeebies around rabbis. So his ID card says “tmicha ruchanit,” spiritual support. He tends to the needs of Charedi Jews, secular Jews, Muslims and Christians.

Rabbi Uri Ayalon has started a kind of community, Yotzer Or, based on serving a low income community with what they need. They provide tutoring for kids, classes for adults. As yet, they do not offer regular prayer services, which has a lot of rabbis wondering “what the heck kind of community is that?” But he’s starting with what the community needs, not a preconceived idea of what a community should be. He hopes to eventually have prayer be part of the mix, but doesn’t feel it’s yet time for it.

Maybe one of these days I’ll hit you all up for donations so I can start a yeshiva! 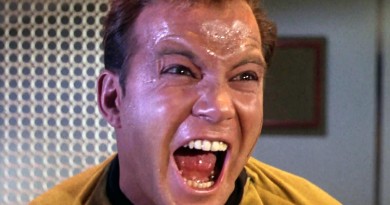 Pekudei 5771: The importance of integrity and transparency