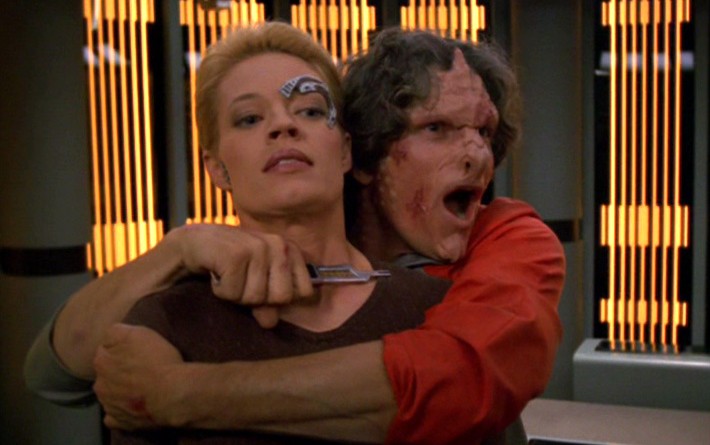 And it came to pass on the eighth day, that Moses called Aaron and his sons, and the elders of Israel; And he said to Aaron, Take a young calf for a sin offering, and a ram for a burnt offering, without blemish, and offer them before the Lord. …Leviticus 9:1-2

Aaron was told to bring an egel, a young calf, as a sin offering to offer it to God.

There are all kinds of offerings that Moses could have instructed Aaron to bring. Typical offerings included calves, bulls, sheep, goats, rams, not to mention wine or bread. Why davka an egel, a young calf?

A calf, in fact, was the last animal that Aaron wanted to bring. Why did Aaron need to bring a sin offering? What was his sin? His sin was his complicity with the people in an event that involved another egel–the egel masacha, the molten (golden) calf. When Moses seemed to be delayed coming down from his mountainous encounter with God, the people got nervous and demanded some other tangible sign of God; Aaron collected their gold, threw it in a furnace and out came a Golden Calf, and Aaron proclaimed, “here’s your God, Israel!”

Aaron’s—and the people’s—sin in this episode was so bad that the Torah tells us God was ready to kill the lot of them, Aaron included. It was only Moses’ intervention, praying with God on their behalf, that saved his life.

To picture how Aaron felt when told to bring a calf, imagine this situation. It is as if in a fit of anger you wrote “my mother is an idiot and she smells bad too,” signed with your name, on a bus stop enclosure using a purple magic marker. You got over your anger, and wanted to reconcile with Mom. Mom says fine, write me a thank-you note—using a purple magic marker, right here in front of me.

The last thing in the world you want to write that note with is a purple magic marker. Why?

If you’re normal, you’d feel ashamed that you could have done such a thing, and using a purple magic marker, especially in front of Mom, would remind both you and her of what you did. Maybe you’d even be afraid that Mom would get mad at you all over again just when she saw the purple magic marker.

So here Aaron did this great sin with a calf, and he’s now being told to bring a calf to atone. I can imagine his discussion with Moses: “Oh man, Moe, come on, do I have to bring a calf? Couldn’t I bring a nice sheep? I REALLY don’t want to remind God about that calf. I want to put the whole calf business behind me.”

The midrash says that Aaron felt ashamed. He felt a lot of guilt and remorse about what he had done.

In the pantheon of emotions that religion can induce, shame, and its relative, guilt, are way out of favor these days. Last week at Kiddush I was talking with a congregant, and somehow the conversation turned toward the subject of guilt, with the other person saying how negative a thing feelings of guilt are. I happily agreed, and allowed as to how my approach was the same as Chabad’s: to be happy with every additional mitzvah that a person does, and not worry about the ones that they don’t do.

So why did guilt come up at all in the conversation? Guilt has a long tradition in Judaism. The Jewish jokes about guilt are legend. Like the one about a Jewish man who called his mother in Florida. He said to his mother, “How are you doing?” She said, “Not too good. I’ve been very weak.” The son then asked, “Why are you so weak?” She said, “Because I haven’t eaten in 38 days.” The son then asked, “Why haven’t you eaten in 38 days!?” She said, “Because I didn’t want my mouth to be filled with food when you called.”

We Jews cart around lots of guilt. We have 613 commandments to obey, and is if that’s not enough, our mothers add 613 more! We joke about feelings of guilt because we don’t like them. We associate feelings of guilt with all the things we don’t like about religion—being told what to do, being told we’re doing something wrong, and the negative energy of being held in judgment, whether by ourselves or others.

Once upon a time rabbis gave sermons encouraging increased observance of the mitzvot including a heavy dose of guilt. It’s almost a stereotype. “How could you turn your back on your Jewish heritage?” “If you eat a ham sandwich, you’re giving Hitler a posthumous victory!” “Your grandparents would be so disappointed with how you’ve turned your back on your tradition!”

We don’t do that anymore. Nowadays we follow the teachings of the great psychological principle that you draw more flies with honey than with vinegar, and instead we praise how wonderful it is to be observant, how keeping Shabbat will improve your complexion, your relation with your children, and your sex life. Guilt? Forget about it, the conventional wisdom goes, lay guilt on your congregation and pretty quickly attendance will drop to nothing and you’ll be talking to yourself.

And I certainly personally relate to this as well. I grew up in the days when if someone criticized me for doing something wrong—criticism I deserved, mind you—I would reply “don’t lay a guilt trip on me, man!” Guilt was certainly not a factor at all (well, at least not as far as I’m consciously aware of) in my return to Judaism. It was all about learning and drawing closer to God—kind of New Age spiritual attitudes wrapped up in a tallis.

But shame and guilt have gotten a bum rap in the Age of Aquarius.

The ability to feel ashamed is a sign of a developed conscience.

Last week I watched an old episode of Star Trek Voyager which made this point in an interesting way. Voyager responded to a distress call from a ship that ferrying dangerous prisoners from one planet to another. One of the prisoners, Iko, a vicious killer who never showed any fear or remorse, was severely beaten by his captors in his cell on Voyager. In order to save him, the emergency medical hologram extracted some nanoprobes from 7 Of 9 and injected them into the prisoner. When he woke up, he felt horrible and was throwing up. For the first time in his life he felt the guilt for what he had done, killing an innocent man. It so appalled him it made him physically sick to his stomach. He asked “is this some kind of punishment?” Apparently the nanoprobes had cleared some pathways, and activated the section of his brain where feelings of guilt occur. Iko wanted the nanoprobes removed, and he said he would rather die than live with these feelings.

Conscience is defined as the moral faculty or sense which keeps people doing the right thing. Our conscience is activated by feelings of guilt and shame. We don’t like those negative feelings, so we do what we can to avoid them—we behave properly.

In fact, the feelings of guilt and embarrassment are so powerful as a deterrent that they have been used as a way of punishing criminals. That’s what the “stocks” were about in colonial days—publicly embarrassing wrong doers by putting them on display. In recent times, judges have released the names and photos of people caught up in prostitution raids to embarrass them, to serve as a deterrent to others. Not many people would want others, especially loved ones, to know they were involved in such things.

Since the feeling of shame or embarrassment comes from not following the accepted rules, it is easy to understand why guilt has come to be more associated with Judaism than with other religions: we have more rules. We have rules about everything from not cheating on your taxes to what you should do on your day off to what you should eat, and, yes, on how often you should call your mother.

Of course, there isn’t always someone around watching you. But the feelings of guilt can exist even if no one sees you—because YOU know if you’ve done something wrong. And God knows. The rabbis understood the power of feelings of guilt as a motivation for doing the right thing: Rabbi Yehuda haNasi said “Keep in mind three things and you will not fall into sin: Know what is above you—an eye that sees, an ear that hears, and all your deeds written in a book.”

And of course that book is opened and reviewed at a few special times a year: during the High Holidays of Rosh Hashanah and Yom Kippur, and at a person’s death.

Those feelings of shame or guilt are important. They can help keep us on the right path, and when we do stumble they are they to give us the incentive to do teshuva, to repent, to change our ways.

Once we’ve done something we think we shouldn’t, how do we alleviate those feelings of guilt? We can simply avoid being around people who remind us of what we’ve done wrong and awaken those feelings—but it might not be practical to live alone in a cave.

Or we can change our ways, and resolve to do better in the future. Someone said that guilt is like the red light on the dashboard of your car. You can either stop and fix the problem, or you disconnect the annoying little light. We all know that annoying the light, though, will lead to more problems in the long run.

However, as with anything else, there is such a thing as too much guilt. Judaism teaches that moderation is an important value. In Avot d’Rabbi Natan there is a parable which illustrates this: R. Judah said: “There is a highway that runs between two paths, one of fire and the other of snow. If a person walks too close to the fire, this person will be scorched by the flames; if too close to the snow, this person will be bitten by the cold. What is the person to do? This person is to walk in the middle, taking care not to be scorched by the heat nor bitten by the cold.”

In the midrash on this week’s Torah portion, when Aaron is consumed by feelings of shame at having to bring an egel, a calf, Moses reassures him that since what God wants him to bring is a calf, it is a sign that he has been forgiven for the sin of the Golden Calf—God is showing that he’s not holding it against Aaron. Aaron is comforted by this thought and brings the required calf.

So if someone tries to lay a guilt trip on you, before rejecting both the guilt trip and the person, pause to consider for a moment whether a feeling of guilt in the particular circumstance is called for or not. If it is called for, use the unpleasant experience as a spur to growth and healing.

As the creator of Gestalt therapy, Fritz Perls, said about why he had used a particular substance and then quit, “it’s like using the telephone. Once you get the message, you hang up.”

May you avoid feelings of guilt by being a tzaddik; if some guilt does come your way, may it be like the telephone for you—may God help you to hang up and leave it behind once you get the message. 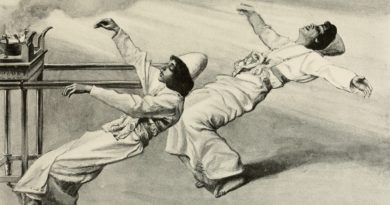 Shemini 5780 – Coping with a Pandemic