This shall be the Torah of the leper in the day of his cleansing; He shall be brought to the priest.   …Leviticus 14:2

This week’s Torah portion is called Metzora. The metzora is a person who has been afflicted with tza’ra’at, a kind of skin disease which older Bibles translate as “leprosy.” Metzora often gets translated as “leper”

Tza’ra’at is definitely NOT the condition known as “Hansen’s disease,” more generally called leprosy. The Torah is very precise in the description of tza’ra’at, and it’s clearly something way different.

But what is it then? There is no agreement. The physical description sounds like various kinds of dermatitis, but the rabbis assure us that this is not the case. Tza’ra’at, the rabbis tell us, is actually a spiritual affliction, not a physical affliction. The skin condition is a symptom of a spiritual problem. One of the ways that we know it is a spiritual problem is that when a person is afflicted with tza’ra’at we don’t bring him to the dermatologist: we bring him to the Kohen, the priest, the spiritual doctor.

Does this sound like a strange idea? That a spiritual problem would result in something that looks vaguely like leprosy?

It’s not at all. I’m no dermatologist, but the symptoms described in the Torah also sound somewhat like hives. Hives is an allergic reaction in the skin which gives the victim white or pink welts, or large bumps surrounded by red. And it’s well known that being under a lot of stress can cause some people to break out in hives.

Lots of rabbinical commentators say it is connected to gossip, largely because Miriam was afflicted with tza’ra’at right after gossiping about her brother Moses. Netivot Shalom, the Slonimer rebbe, brings a different reason. If we read metzora as two words – motzi ra – it means “brings out bad.”

What is it that “brings out the bad” in us? What is it that leads us to sin? Our character flaws, or midot raot. We all have them. For some of us it might be being lazy, for others lack of control over physical desires, for others it might be a short temper. Bringing out the bad in us doesn’t even have to mean actually causing us to sin. Someone could be a very unpleasant person without ever doing a sin. A lack of good character traits—like kindness, or patience—can result in motzi ra, bringing out the bad in us.

Sometimes we sin simply because we messed up, or because we were on a one time basis overcome by something – the tradition calls it a ruach shtut, a spirit of stupidness. For that kind of the sin, the usual teshuva process, doing repentance, which we talk about so much around the time of the high holidays, is the appropriate corrective action.

But much more difficult is when we sin because of a midah ra’ah, a bad character trait. If we have a character flaw it can lead us to sin not just on one occasion, but on many occasions. If we have one of these bad characteristics, the only way to avoid sinning repeatedly is to uproot the problem at the source: to work on our character.

There is a whole field of Jewish studies called Mussar which is focused on improving our midot, our personality traits. Mussar became a widespread movement in the Jewish world in the 19th century with many different rabbis and yeshivas focused on this work—how to perfect ourselves as human beings.

There’s a beautiful exchange in the Talmud between the rabbis of old and the conquering king Alexander Great. In this fanciful exchange, Alexander the Great, the most powerful man on the planet, conqueror of most of the known world, including Israel, asks the rabbis a whole series of questions: who is wise, who is wealthy, etc. Alexander asks “who is mighty?” The powerless rabbis reply to the most powerful man in the world “he who can conquer his evil inclination.” Conquering your yetzer hara, your evil inclination, is harder than conquering Persia.

Conquering our evil inclination or bad character traits does not always mean eradicating a trait—a lot of time it means simply redirecting it, or learning the proper time for it. Some people might think being too judgmental with others is a bad thing—but there is a time for being judgmental, if someone has done something wrong and needs to be called on it. Just as we usually think of being compassionate as a good thing, but sometimes, especially as a parent, to be compassionate at a time when what your child needs is discipline is to do the wrong thing.

There are some elements of our personality that we have little or no control over. We all have tendencies that we are born with, that we inherit from our parents. But these tendencies are just that: tendencies. They do not predetermine what we will do with those tendencies. As Gerald Schroeder writes in his book “The Science of God,” “genes present tendency, they do not dictate our actions.”

But taking charge, acting in ways that may run counter to our innate tendencies, requires a great act of will.

In this section of the Torah dealing with tza’ra’at we get some guidance in an important part of the process of fixing our midot. When a person is first afflicted with tza’ra’at he is brought to the Kohen, the spiritual doctor. The company we keep has a huge influence on how we express ourselves and how our character traits manifest themselves. Hang out with a group of people who think it’s OK to bend the rules to benefit yourself, and you’ll probably find yourself looking like a pretzel. Hang out with people who are dedicated to serving God and making the world a better place, and you are likelier to find yourself caught up in serving God and making the world a better place.

Psychological studies have shown that the greatest influence on a teenager’s life is NOT his or her parents: it’s his or her peers. Therefore the greatest influence a parent can have on a child’s life is to influence his peers. Have some say over who your kids hang out with. Bringing a troubled child to better peer group is our modern way of bringing the afflicted person to the Kohen, to the spiritual healer. Studies have shown that kids who are active in USY and Camp Ramah have a MUCH stronger commitment to Judaism than other Jewish teens.

I am familiar with this from first hand experience. When I was 17 years old I was what today might be termed a “troubled youth.” Moving from New York to Denver was a traumatic experience. With my unusual accent (which I’ve since lost), being the only Jew in the school, I didn’t fit in with the most of the other kids. I fell in with a “bad crowd,” and having discovered the pleasures of a hedonistic lifestyle, I dropped out of high school, and spent my time partying and working as a short order cook at Denny’s. Fortunately after six months or so, I realized that wasn’t how I wanted to spend my life, and I decided I wanted to change. But I also realized if I stayed around that peer group, change wasn’t going to happen—I needed to “bring myself to the Kohen,” I needed go to more positive company. So I took the high school equivalency test, which I passed with flying colors, six months before the class I would have graduated with, and with my parents permission because I was not yet 18, I joined the US Army—and in three years had two college degrees, a pilot’s license, a black belt, and learned the basics of communications technology which served as the foundation for my high-tech career. I might never have accomplished those things if I had kept hanging out with the same people who were content to work at dead end jobs.

The mystics tell us that this time of year, as Passover approaches, is a special time for making positive changes. In Egypt we were ruled over by the sitra achra, the other side, and the forces of tumah, of impurity. When God took us out of Egypt we went through a great purification process. Eating matzah is symbolic of conquering our physical appetites and directing them in a holy direction. With the departure from Egypt we were no longer ruled over by the forces of impurity—instead we submitted to God and kedusha, holiness.

And we do this departure from the impurity represented by living under Pharaoh in Egypt to the purity represented by living under God in the desert in company. You can’t really make a Passover seder yourself. Someone has to ask questions, which means someone else should be there to answer them. We come together as friends and family to once again reconnect with our heritage and our Jewish values. We are all huva el hakohen, brought to the Kohen, brought to the spiritual healing of positive company when we gather at our seder tables.

May God help us to all be positive company for each other as we work to convert our midot raot, our bad characteristics, to midot tovot, good character traits. 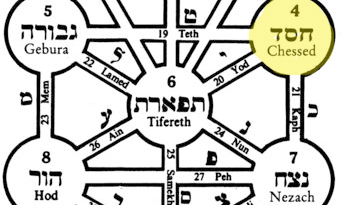 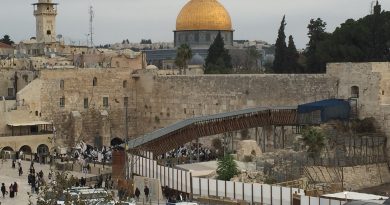