How do you recover from the worst trauma imaginable, from the loss of loved ones and the destruction of what stood at the center of your faith in God?

Last Sunday we observed the holiday of Tisha b’Av, the 9th of the Hebrew month of Av. Tisha b’Av commemorates many disasters that have befallen the Jewish people; the destruction of the Temple by the Babylonians in 586 BCE; the destruction of the Temple by the Romans in 70 CE, the city of Beitar was captured, and Jerusalem was ploughed under, left totally desolate. I want to focus on the period of the rabbis of the Mishnaic era in the 1st – 3rd centuries—the rabbis who laid out many of the religious practices that define Judaism today.

One of the disasters I mentioned, the capture of the city of Beitar, may be less familiar to you than others—but in it’s time it was as significant as the Holocaust is to us today. Two thousand years ago Israel was under the control of the Romans. In the year 66, Jews rebelled against Roman rule—four years later, in 70, the Romans crushed the rebellion and destroyed the Temple. A little over 60 years later, the Jews decided to try again, and there was another revolt led by Shimon Bar Kosiba, nicknamed by Rabbi Akiva “Bar Kochba,” son of a star. In 135 the rebellion was crushed. The capturing of Betar represents the end final end of the rebellion—half a million Jews lost their lives in the unsuccessful bid for freedom. But more than that, when the rebellion was over, when Jerusalem lay in ruins, the persecution of the Jews did not end—in fact in some ways it just began. The Romans implemented their own version of the Nazi’s Final Solution. The Romans tried a different tack: ban the practice of Judaism, and the Jews will disappear as a nation, they will all become Romans. Jews who circumcised their children, read the Torah, refused to eat non-Kosher food were subject to the death penalty.

Last Sunday’s fast of Tisha b’Av was instituted in the wake of all this, that we should not forget what happened. But such events are clearly a challenge to faith. How can you still believe in God when you have witnessed such brutal destruction, seeming to nullify any covenant God might have made with the Jewish people? Many people still wrestle with this issue today—Rabbi Richard Rubenstein wrote a paper arguing that God died in the Holocaust, meaning of course not that God literally died, but that people’s ideas about God died.

I suspect it is not a coincidence that the rabbis of that era organized our calendar in a way that this week’s Torah portion, Vaetchanan, ALWAYS falls on the Shabbat after Tisha b’Av. For this week’s parsha contains some of the fundamentals of the Jewish faith. Our response to the tragedies is to reaffirm our faith and belief in God, despite the terrible things that have happened.

What passage in the Torah presents the foundation of faith?

There are several candidates in this week’s Torah portion. The Shema is the most common basic statement of the Jewish faith: Shema Yisrael, Adonai Eloheinu, Adonai Echad, Listen, O Israel, Adonai is our God, Adonai is One. Observant Jews make this affirmation twice a day, morning and evening.

But I would suggest that the most fundamental statement of faith found in our parsha is not the Ten Commandments and it’s not Shema. The most basic starting point for faith is something else.

There is a wonderful book called “As A Driven Leaf,” by Rabbi Milton Steinberg. “As A Driven Leaf” is the story of Elisha ben Abuya, a great rabbi and scholar, member of the Sanhedrin, the Jewish Supreme Court who lived during the time of the Bar Kochba revolt and the persecution of the Jews. Elisha ben Abuya is notable for being the only rabbi of the Sanhedrin ever to become an apostate—to give up on Judaism. The book presents in a novelized form Elisha’s spiritual struggle.

The way the story is presented in the book, after his father dies, the young Elisha is raised by a Jewishly observant uncle who bans Greek books from the home; Elisha goes off to study with a great rabbi, and eventually earns the title rabbi himself along with a seat on the Sanhedrin. But Elisha is plagued by doubt. He can’t simply accept things on faith. He tells his friend and colleague Rabbi Akiva that he is going to embark on an intellectual search for God that will hopefully restore his faith.

Elisha was very impressed with Euclid’s Elements of Geometry—by the “lucidity of the reasoning and the sureness of its results.” Elisha resolves to follow a similar approach to God: he tells Akiva “I am going to start at the beginning, by laying aside all prejudices, all preconceived notions, all my beliefs and affirmations.”

The next several chapters of the book tell how Elisha gives up the rabbinate, gives up Judaism, immerses himself in an all out study of Greek math, logic, and philosophy for several years. After years of preparation and training, he finally struggles with the question and starts writing furiously. And he fails miserably. At the end of the day he can’t really say anything about God—he can’t even deny God. He’s right back where he started.

The fundamental problem the Elisha ran into is that you can’t go all the way back to nothing. Any system of inquiry when you go back as far back as you can go, requires you to make certain assumptions. With all the beauty and logic of Euclid’s geometry, it rests on five postulates—five ideas that are taken to be true without proof. All other proofs are built on those postulates. Remove the postulates—remove the underlying assumptions—and you can’t prove a thing.

Or as my wife Lauri said when I discussed this teaching with her:
“Postulate God.”

Now some people might say, how can I do that with any intellectual integrity? And that was the question that drove Elisha to apostasy, and I think leads many modern secular Jews away from a relationship with God.

But God is a very big concept. Note that our fundamental postulate does NOT say “postulate a God who is an old man with a long white beard sitting on a throne in heaven who decides who is going to live and who is going to die and whether or not you are going to have a bad day.” The Midrash says that Abraham arrived at his belief in God through logic. Interestingly, the Midrash says Abraham was an Aristotelian: he looked at the world around him, observed that everything is created by someone or something, and therefore there must be one single ultimate creator that got the ball rolling – and that’s God.

You can believe that God is nothing more than whatever force made the Big Bang go Bang, and you are in the tent of believers in God—you believe the one fundamental thing that Judaism demands of you.

It is not a given that one needs to postulate God. Atheists postulate no God. They take as the starting point for their belief that God does NOT exist. You can’t ask anything without making some postulates: the scientist postulates that he can learn about the universe through his senses—but even that is an assumption.

But why postulate God? Why not postulate no God? In “As A Driven Leaf” Rabbi Akiva responds to Elisha with a version of the philosopher Blaise Pascal’s famous gamble. Akiva says “The purpose of life is to live well. Whatever contributes toward that end is right and true. My first and last criterion concerning my proposition is: Does it help man to live better?”

Akiva continues “Doctrines in themselves are not important to me, but their consequences are. For example, I urge upon men that they regard themselves as embodiments of the Divine essence. If I convince them, their days are endowed with a sense of abiding significance and unturning glory. Then not all the misfortunes and degradations to which they may be subjected can take from them their feeling of oneness with angels and stars.”

Believing in God—however you want to define God—opens the door to the Jewish tradition. You can be totally uncertain as to the nature of God and be a good Jew. You can still have doubts and that’s OK—you just can’t postulate the opposite, to assume there is no God. But as Akiva tells Elisha, “What will be gained if you substitute blanket denial for a wavering faith?”

Postulating God in a way was a major starting point in my personal spiritual journey. Finding that Judaism allowed me to postulate a God that made sense to me allowed me to feel comfortable with searching the tradition for those ideas that help man to live better—and there are many, many of those ideas that help us live better found in the Jewish tradition.
And relying on that postulate—that there is a God—and being willing to try the Jewish approach to God, through prayer and study—has led me to a faith in God which no longer relies so heavily on an intellectual assumption.

We make our way back from the pain of Tisha b’Av by basing our lives on the statement in this week’s parsha: Hu Elohim bashamayim mima’al v’al ha’aretz mitachat. He is God in the heavens above and the earth below.

I think I’ll get a bumper sticker made up: Postulate God. 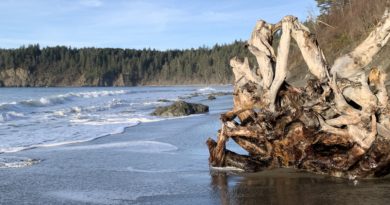 Kabbalah and the Counting of the Omer

One thought on “Vaetchanan 5765 — Postulate God”