Judaism is a religion that has traditionally defined our relationship with God through our efforts to do God’s will by obeying His commandments.  There are 613 commandments that the Jewish people are communally obligated to fulfill – 248 positive commandments, things we are enjoined to do, like honoring our parents or giving to charity, which correspond to the 248 limbs of the body, and 365 negative commandments, things we are commanded NOT to do, like not to work on the Sabbath, not to steal, and so on, corresponding to the 365 days of the year.

If there are 613 commandments, one might ask what makes the Ten Commandments that are the heart of this week’s Torah reading so special that they get singled out for special treatment, being written on stone tablets by the finger of God?

One reason is because according to the Midrash (Bamidbar Rabbah 13:16)  the Ten Commandments are a sort of executive summary of all 613 commandments.  Or, better still, they are the chapter headings, and all of the 613 commandments come under one of these “chapters.”  Back in the tenth century Rabbi Saadiah Gaon went and organized all 613 according to which of the ten they were a part of.

We need the ten – we need the summary – because very few people can remember all the details of 613 specific laws.  Heck, most people can’t even remember the ten commandments.  We need to know the more general principles to follow, so we summarize.

This week’s reading contains a verse, Deuteronomy 6:18, which is perhaps the ultimate summary.  This verse commands us v’asita et hayashar v’hatov b’eineh Hashem, you shall do what is right and good in the eyes of the Lord.

Rambam, Maimonides, teaches that not only is it a “nice thing to do” to do what is good and right in the eyes of the Lord, but we will actually be held accountable.  Rambam writes “For Him, may He be exalted, justice is necessary and obligatory; namely, that an obedient individual receives compensation for all the pious and righteous actions he has accomplished, even if he was not ordered by a prophet to do them, and that he is punished for all evil acts committed by him, even if he was not forbidden by a prophet to do them; this being forbidden by the inborn disposition – I refer to the prohibition against wrongdoing and injustice.”

Why should we be expected to go lifnim meshurat hadin, beyond the letter of the law?  Why can’t it be enough to just follow the explicit rules?

It’s because life is too complicated to be reduced to a rule book.  You can’t make a rule for every foreseeable situation.  What do you do when you encounter a situation where a rule seems to conflict with another rule?  Or where an explicit rule seems to conflict with a general principle?  This is why the tradition says we need rabbis, not just rulebooks – to help with weighing different factors that go into trying to figure out what is hayashar v’hatov b’eineh Hashem, what is right and good in the eyes of the Lord.

The Talmud in Bava Metzia brings a remarkable case.  Some porters negligently broke a barrel of wine belonging to Rabbah son of R. Huna.  In accordance with his rights, Rabbah seized their garments; the workers went and complained to the rabbi Rab.  Rab ordered that Rabbah return the workers garments.  Rabbah was astounded.  “dina hachi?! Is that really the law?”  Rab replied, “yes, as it says in Proverbs 2:20, ‘that you may walk in the way of good men.’”  Having gotten their garments back, the workers observed to Rab, “We are poor men, have worked all day, and are in need: are we to get nothing?”  Rab ordered Rabbah to go and pay them.  Rabbah asked “Is that really the law?”  And Rab replied, “certainly, again as that proverb says, “keep the path of the righteous.”

The explicit law of the Torah favored Rabbah.  He was entitled to withhold the workers wages because they broke his wine barrel through negligence.  However, Rab was more concerned with the broader issues.  Rabbah was a wealthy man; the loss of a barrel of wine meant little to him in terms of a real impact on his comfort.  Yet the workers were very poor; keep their garments, and they’ll be cold at night.  Don’t pay them and they and their families will go hungry.  To do what is right and good in the eyes of the Lord required going beyond the letter of the law – it required remembering God’s compassion toward the poor.

We can’t make an explicit rule that would answer all of those kinds of questions.  The specific situation required Rab to weigh competing issues.  If Rabbah were a little less wealthy, and it would have been a greater loss to him, and the workers were a little richer and it would not have harmed them so much, the answer very well might have come out differently.

In traditional Jewish law, if two people have a monetary dispute and come before a beit din, a rabbinic court, they can instruct the court to use the principles of pshara, of compromise, or they can choose to have a ruling based on a strict interpretation of the law.  In Rabbah’s dispute, if Rab were to follow a strict interpretation of the law, the workers would have been held liable.

But that would have resulted in an injustice of a different sort, and it would have been an outcome that would not have been pleasing to God, as we understand God’s values.  This is exactly what Rashi means in his comment on our verse – he says to do what is right and good in the eyes of the Lord means to follow the principles of compromise, not the principle of strict interpretation of the law, and it means that it is not enough to follow the explicit letter of the law – rather we have to go lifnim meshurat hadin, beyond the letter of the law, to do that which is pleasing to God.

Nachmanides brings an interesting commentary on this verse.  He points out that the preceding verse in the Torah tells us “You shall diligently keep the commandments of the L
ord your God, and his testimonies, and his statutes, which he has commanded you.”  So what does our verse, “do what is right and good in the eyes of the Lord” add?  It’s to tell us that God has already told us to obey the specific laws He gave us.  Now we are being commanded to pay attention to things that God has NOT commanded us about.  Even in situations where there is no specific commandment for us to follow, we must make an effort to do that which would be good and right in the eyes of the Lord, because God loves that which is good and right.  Ramban points out that this is a very important principle in the Torah, because it is impossible for the Torah to mention every aspect of the behavior of mankind, every situation that might come up with his neighbors, every kind of business dealing that we may have, all the relations in a city or a country.  Therefore we need this kind of general rule to remind us that in all situations we have to continue to conduct ourselves in the way God would want.

So how do we do that?  How do we know what is “right and good in the eyes of the Lord?”

Regarding the current war in Lebanon, I am glad to see that as I write this Israel has been gearing up for a ground offensive.  Why?  Because I believe the result will be more in keeping with “do what is right and good in the eyes of the Lord.”  There are several commandments that give us the general principles of how we are supposed to conduct ourselves in times of war: we are commanded to offer terms of peace before going to war, we are commanded to leave a path whereby civilians can flee a besieged city, we are commanded not to engage in wanton destruction of infrastructure.  The air attacks may have been a necessary part of the battle against Hizbollah, but I suspect God would not be happy with the level of civilian deaths and destruction to infrastructure that have come with it.  Going in on the ground will result in more deaths of Israeli soldiers, which is very painful and hard to bear, but it will also result in better targeting against the terrorists and their weapons, and fewer civilian deaths—so I believe Israel’s current action plan seems to be more in line with “what is right and good in the eyes of the Lord.”

Trying to fulfill this one commandment – to do what is right and good in the eyes of God – can even be a good way for someone who is not very religious to start bringing a greater awareness of God into their life.  If you’re a kid in school, before you copy from someone else’s test, ask yourself “what would God think?”  God, after all, is watching.  If you’re part of a clique, what would God think of the way you exclude some other kids from your group?

May God grant us all the wisdom to understand what She wants, what behavior is “right and good” in God’s eyes, and may God grant us the strength and determination to live our lives in a way that will always be pleasing to God, 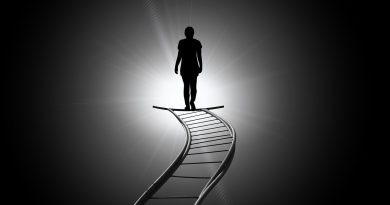