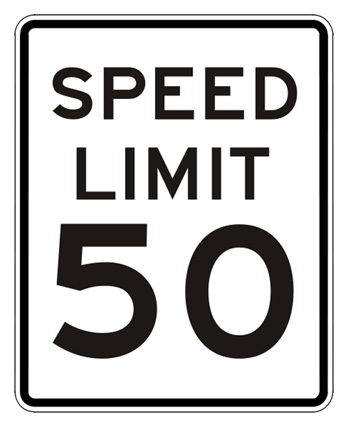 In all the excitement over the big events that happen in the beginning of this week’s parsha – like “in the beginning” – a lot of times we don’t pay so much attention to what’s at the end of this week’s parsha. In fact poor chapter 5 of the book of Genesis is undoubtedly the least noticed and least commented on chapter of the first parsha of the Torah, Bereishit. It is the sefer toldot Adam, the book of the generations of Adam. It lists the nine generations from Adam to Noah – carefully recording the age at which each of the people had children and how long they lived.

Probably one reason we don’t talk about it much is the ages are entirely fantastical. Metushelach – known in English as Methuselah – takes the grand prize with a life span of 969 years. A life span of 969 years seems so amazing in fact we might be tempted to poke fun at it – like in the song from Porgy and Bess: Methuselah lived 900 years… “but who calls dat livin’ when no gal’ll give in, to no man what’s 900 years?”

The Biblical narrative records outrageously long life spans in those early generations, and succeedingly shorter life spans as we come down to the days of Moses, by which time the “standard” life is 70 years, and 120, like Moses is the maximum.

All sorts of explanations are given for those outrageously long life spans – and those who take a scholarly approach might assume that some ancient mythology was incorporated into the older strands of the Torah.

But it is interesting to note that whether or not those ages reflect historical reality, they are all recorded. As are the ages of Abraham, Isaac, and Jacob, Moses, and many of the other important figures in the Torah at important events in their lives. To put the Torah into journalistic form, it tells us “the Lord appeared to Avram, 99, and said … “ “Moses, 80, and Aaron, 83, spoke to Pharaoh.”

Some things never change. You open the newspaper to a random article and read “Jesse Morris, 24, his 24-year-old wife, Christina, and Lonnie Scurles, 34” and the paper then goes on to discuss whatever it was they are alleged to have done. We seem to be obsessed with people’s ages. And have been ever since the days of the Bible.

Even organizations make a point of advertising their age. Go to Tony Packo’s web site and the first thing you see is “A Toledo family tradition since 1932.” And as a further case in point, today we are having a nice lunch in honor of a birthday other than mine—the 100th birthday of the UJC/JCC in Toledo. For an organization like the UJC to be around for 100 years signifies organizational stability and commitment. What do different ages signify for people?

Yehuda ben Temah tells us in Pirkei Avot that different ages are suitable for different things. Keep in mind that the following teaching was written at least 1800 years ago:

HE USED TO SAY: FIVE YEARS [IS THE AGE] FOR [THE STUDY OF] SCRIPTURE, TEN-FOR [THE STUDY OF] MISHNAH, THIRTEEN-FOR [BECOMING SUBJECT TO] COMMANDMENTS, FIFTEEN-FOR [THE STUDY OF] TALMUD, EIGHTEEN- FOR THE [BRIDAL] CANOPY, TWENTY FOR SERVING IN THE MILITARY THIRTY-FOR [FULL] STRENGTH, FORTY FOR UNDERSTANDING, FIFTY- FOR [ABILITY TO GIVE] COUNSEL, SIXTY-FOR MATURE AGE, SEVENTY-FOR A HOARY HEAD, EIGHTY [IS A SIGN OF SUPERADDED] STRENGTH, NINETY [IS THE AGE] FOR [A] BENDING [FIGURE], AT A HUNDRED, ONE IS AS ONE THAT IS DEAD, HAVING PASSED AND CEASED FROM THE WORLD.

I find it absolutely remarkable that despite the tremendous increases we have in life expectancy today, those ages given in the Mishnah still seem to correspond with what we might expect today. You might argue that people don’t get married at 18 any more – and I would counter, no, but many people do become sexually active at 18, we have simply become a society that tolerates people being sexually active without the benefit of marriage.

I hope you will pardon my indulging myself by sharing a few reflections on the significance of turning the “age to give counsel,” otherwise known as the “big five-oh,” a milestone which Bill Gates and I achieved yesterday. It may be indulgent to talk about one’s birthday, but there’s some Torah in there too.

So why does the Mishnah tell us that fifty is the age for advice? The commentary Magen Avot points out that we learn this from the Levites, as it is written in the Torah (Numbers 8:25) “from the age of fifty the Levites stop doing the service in the Temple.” But what do they do? The Torah in the next verse tells us “they serve their fellow Levites.” How do they serve them? By giving them advice. Machzor Vitry says it is appropriate advice on how to do their jobs and other matters.

Of course, aging is not all lightness and joy. The Zohar says the reason the Levites were retired from active service at age 50 is because their voices no longer sounded so sweet when it came time to sing the psalms in the Temple. And to add insult to injury, the Zohar says that at fifty “the strong fire that is within him is cooled down,” and the Levites need to be able to sing with full vigor. OUCH!

But on a more positive note, another rabbinic commentator, the Meiri says that fifty is the age for counsel because counsel requires two things, intelligence and experience. When a person reaches fifty, he’s had a lot of experiences, and isn’t yet getting senile, so he has the two things one needs to give good advice.

But what advice to give? The modern social commentator George Will points out

Looking forward from age fifty is no bowl of blueberries, but looking back, and distilling lessons from things, is difficult to do without sounding like Polonius when he was loading down Laertes with bromides.

If your Shakespeare is a little rusty, in Hamlet Polonius gives his son Laertes lots of advice which we have all heard a million times even if we forget where it comes from, such as:

Neither a borrower nor a lender be; For loan oft loses both itself and friend, And borrowing dulls the edge of husbandry. This above all: to thine own self be true, And it must follow, as the night the day, Thou canst not then be false to any man.

So I will try to refrain from sounding like Polonius.

If as the Meiri says, fifty is the age for counsel because we have intelligence and experience, what do we learn from the experience of turning fifty?

Fifty is the first time I have felt any sense of unease with a birthday. Thirty was great – I was a corporate CEO when I was 27, so when I turned 30, I figured people wouldn’t be quite so freaked out about my age. Besides, as R. Yehuda said, 30 is the “age for full strength” – and I think that saying would still hold up today.

Forty, the age of understanding, was also no problem – once you’re forty you’re still young, but you can be taken seriously at any endeavor. Finally I was no longer always the “youngest.” When I was in my 30s and served on boards of directors for various organizations I was always the youngest one on the board. No one ever treated me differently for it, but I was still always aware of it. Not a problem any more when you’re 40.

As Bill Cosby put it,

Fifty is a nice number for the states in the Union, or for a national speed limit, but it is not a number that I was prepared to have hung on me. Fifty is supposed to be my father’s age.

I was talking with someone about feeling a little uncomfortable with the idea of turning fifty, and he pointed out some math that might have something to do with it: if you make it to 40, there’s a pretty good chance you’ll make it to 80. And at least in America, statistics bear that out: a forty year old man in America has a life expectancy of over another 40 years. But when you turn 50, you are no longer likely to live another 50 years. In fact the 50 year old still has a life expectancy of a little over 80, or only another 30 years. By the time you reach 50, the chances are pretty good that you’ve got more of your life behind you than in front of you. As Jack Nicholson said regarding turning 50 “you’re aware of the rings in your tree.” You can see the candle getting shorter. And that awareness is especially there for a rabbi. It is a great honor and privilege that I get to share in some of the moments of greatest joy and some of the moments of greatest sorrow for all of you. On a few occasions I have had the sad duty of burying someone younger than I am—there’s nothing quite like that experience to emphasize the growing awareness of one’s mortality that comes with getting older.

We often have dreams or ideas for things that we want to do—and we tell ourselves, “when I have more time.” The great enemy of the important is the urgent. The email or phone call that wants an answer right now somehow kills all the time we have to do the things that are really more important.

But turning fifty can bring you face to face with the advice of the great rabbi Hillel: Do not say I will study when I have leisure. For perhaps you will never have leisure.

If you haven’t had the time by the time you’ve turned fifty, when will you find the time?

Fifty of course is not too late to take on something new. I know people who started rabbinical school in their fifties. Malcolm Forbes learned to ride a motorcycle at 50 and how to fly a hot air balloon at 52. Paul Cezanne didn’t have his first solo show until he turned 56.

And I confess I have something I’ve wanted to do for a while and haven’t gotten around to in a serious way. Getting a book published. I came close once—I almost got my doctoral dissertation published, reformatted for the mass market—but the deal fell through. But what better goal for the age of advice that to write some of that advice down in book? Only this time instead of writing about ways to achieve material success I’ll write about ways to achieve spiritual success.

I’m not making a vow—even though Judaism allows for vows, the rabbis of the Talmud discourage the taking of vows. But by making my goal public knowledge, maybe that will have some of the same effect as a vow—to nudge me to greater commitment to accomplishing something I want to do.

And if you are one of the people here today who is younger than fifty, don’t think that this message doesn’t apply to you—it applies to you more than to anyone else. Anyone who has turned fifty has already learned the lesson I’m sharing today, through their own personal confrontation with gray hair in the mirror, wrinkles, bifocals, slower 10k times, and more aches and pains.

So whether you have just BECOME 21, or TURNED 30, or are PUSHING 40, this message is really for you. Don’t wait until you REACH fifty to figure these things out.

Think about how it is that you can fulfill the teaching of Rabbi Eliezer in Pirkei Avot. R. Eliezer tells us you should repent one day before your death.