Ah, I thought, “carpe diem,” seize the day. And it may sound kind of weird but I found myself caught up in a feeling of nostalgia for a philosophical idea I once embraced. It’s kind of a generational thing. Anyone who grew up in the 60s and 70s and was a part of the “hip” community absorbed the philosophy of “be here now” as part of the cultural zeitgeist. Live in the moment? When else? As the physicist William Shockley pointed out, “Yesterday’s gone forever and tomorrow may never come, which leaves the present moment.”

The Latin phrase “carpe diem” was made famous by the Roman poet Horace who lived 2,000 years ago.

It’s a lovely poem: “Ask not – we cannot know – what end the gods have set for you, for me; nor attempt the Babylonian reckonings Leuconoë. How much better to endure whatever comes, whether Jupiter grants us additional winters or whether this is our last, which now wears out the Tuscan Sea upon the barrier of the cliffs! Be wise, strain the wine; and since life is brief, prune back far-reaching hopes! Even while we speak, envious time has passed: carpe diem, sieze the day, putting as little trust as possible in tomorrow!”

In my youth we were likelier to read Aldous Huxley than Horace. The philosopher Huxley was very popular with the counter-culture in the 60s. His 1962 novel, Island, paints a picture of a utopian society on a tropical island in the Pacific, where everyone was encouraged to reach their full potential. One of the features of the island was specially trained mynah birds whose sole function was to fly around screeching “Here and now! Here and now!” to remind people to live in the present, to savor each moment, not to get lost in the past or worried and obsessed about the future. The rabbinic version of that story is about a rabbi who hired someone to follow him around and ask him at irregular intervals, “who do you work for?” A reminder of the boss, God, would certainly help pull you right back into the present and put things in perspective.

In the 60s and 70s, many of us understood carpe diem as a call to hedonism. I didn’t really pay much attention at the time, but there are Jewish kings and prophets who preached that message a very long time ago. The prophet Isaiah said “And behold joy and gladness, slaying bulls, and killing sheep, eating meat, and drinking wine; let us eat and drink; for tomorrow we shall die.” Eat, drink—and be merry—for tomorrow we shall die. Hmm…not usually the message we associate with Isaiah, who was always chastising the people for straying from God’s laws!

King Solomon said a similar thing in Ecclesiastes: “Live joyfully with the wife whom you love all the days of the life of your vanity, which he has given you under the sun, all the days of your vanity; for that is your portion in life, and in your labor in which you labor under the sun.” Live joyfully, enjoy your portion, don’t worry about the rest.

The Eastern philosophy that was so popular thirty or forty years ago emphasizes a more spiritual aspect to the philosophy of living in the moment. The 13th century Zen Master Dogen said “What use is it to merely enjoy this fleeting world? This body is as transient as dew on the grass, life passes as swiftly as a flash of lightening, quickly the body passes away, in a moment life is gone. O sincere trainees, do not doubt the true dragon, do not spend so much time in rubbing only a part of the elephant; look inwards and advance directly along the road that leads to the Mind, respect those who have reached the goal of goallessness…” The goal of goallessness – no thought to the future, just live in today.

Being caught up in the moment can be very invigorating. My favorite leisure activities are all things that demand being present in the moment. I’ve tried meditating to focus my mind in the present moment, but I have to admit that my mind tends to wander so much I really like doing things that drive the wandering mind to stillness because of their intensity. When I’m skiing down a steep slope in Colorado, or SCUBA Diving 100 feet under the water in the Red Sea, or climbing to the top of Mt. Whitney, or figuring out how to navigate around a thunderstorm in a small plane, I am definitely “here and now,” living in the moment. Not thinking about the work that’s piled up, or the problems I’ve left behind. It’s definitely part of the attraction of action sports.

But “be here now,” live in the moment, carpe diem, does not have to mean either blanking your mind to simply experience the present or being a hedonist. It’s a concept that can also be used as a spur to greatness. There’s a whole movie that was made on that theme: “Dead Poet’s Society.” There’s a great scene in the movie when Professor Keating, played by Robin Williams, gathers his students near an old display of school athletes from long ago. He says “Now I would like you to step forward over here and peruse some of the faces from the past. You’ve walked past them many times. I don’t think you’ve really looked at them. They’re not that different from you, are they? Same haircuts. Full of hormones, just like you. Invincible, just like you feel. The world is their oyster. They believe they’re destined for great things, just like many of you. Their eyes are full of hope, just like you. Did they wait until it was too late to make from their lives even one iota of what they were capable? Because you see gentlemen, these boys are now fertilizing daffodils. But if you listen real close, you can hear them whisper their legacy to you. Go on, lean in.

Despite the passages I already mentioned from Isaiah and Ecclesiastes, the truth is the Jewish tradition for the most part does not seem so focused on carpe diem. We seem to be more focused on either the past – as in “do not forget what Amalek did to you” – or on the future, as in l’shana ha’ba’ah birushalayim, next year in Jerusalem.

In today’s Torah portion – Emor, from the book of Leviticus – we get a teaching which seems to be the opposite of carpe diem. In this week’s Torah reading we are given the commandment of the counting of the omer.

Instead of “live for today,” we are told to count the days. Today is the 32nd day in the counting of the omer. Eighteen days to go until the holiday of Shavuot.

There are all sorts of different reasons why one might have a focus on the future, besides presents. Sometimes it’s because the past hasn’t been so good. As the words to the Fleetwood Mac song go “Don’t stop, thinking about tomorrow, Don’t stop, it’ll soon be here, It’ll be, better than before, Yesterday’s gone, yesterday’s gone. Why not think about times to come, And not about the things that you’ve done, If your life was bad to you, Just think what tomorrow will do.”

And that’s the spirit of the Jewish longing for the days of Messiah. “If your life was bad to you, just think what tomorrow will do.” Messianic fervor always became strongest in the darkest days.  Whenever Jews groaned under oppression they were always sure that it must be the birth pangs of the Messiah.

Sometimes carpe diem can be a statement about regret and despair instead of joy and focus, as in the Willie Nelson song “Yeasterday’s dead and tomorrow is blind and I live one day at a time.” The Jewish tradition, on the other hand, tells us never to give up hope, as Rambam taught “though he may tarry, I believe with perfect faith in the coming of the Messiah.”

Looking forward to the future can in fact bring joy to the present. One of the problems with surprise parties is that you don’t get the pleasure of the anticipation of the party. I look at how much my children enjoy looking forward to a birthday party and think it would be sad to miss out on that pleasant anticipation.

The Jewish tradition not only tells us to count the days, to look forward to the future, but it also tells us in many ways, and in many places, to remember the past.

“ Remember what Amalek did to you by the way, when you came forth out of Egypt;”

“And remember that you were a servant in the land of Egypt, and that the Lord your God brought you out from there with a mighty hand and with a stretched out arm; therefore the Lord your God commanded you to keep the sabbath day.”

“And you shall remember all the way which the Lord your God led you these forty years in the wilderness, to humble you, and to prove you, to know what was in your heart, whether you would keep his commandments, or not.”

“Remember, and forget not, how you provoked the Lord your God to anger in the wilderness; from the day when you departed out of the land of Egypt, until you came to this place, you have been rebellious against the Lord.”

A little bit of living in the past is a good thing. A sense of history can give one roots and a place in the community. If we did not remember our mistakes we would never learn. In fact, when I teach flying I make a point of letting students make mistakes because that helps them remember. I avoid letting them make really bad mistakes, at least when I’m in the airplane!

Memory of our mistakes, and perhaps a little embarrassment over them, inspires us to do teshuva, repentance, so that we will be better people both in the present and in the future. Progress is impossible if we don’t remember, if we don’t ground ourselves in the past.

And how do we make our lives extraordinary? By learning the lessons of the past and having a vision for the future. We must apply ourselves in the present, as Ecclesiastes tells us “Whatever your hand finds to do, do it with your strength; for there is no work, nor scheme, nor knowledge, nor wisdom, in Sheol, to which you are going.”

And counting the days, as we are commanded in this week’s Torah portion, can help us remember to apply ourselves in the present. That’s one of the reasons I’m counting the days until aliyah – it’s a deadline, and by having the deadline in mind I’m reminded not to waste time in the present. I sometimes think if it wasn’t for the last minute, nothing would ever get done.

So back to the beginning – how do you say live in the moment in Hebrew? Something like chaya et harega. Seize the day in Hebrew would be tafus et hayom. But while you’re out there seizing the day, doing something extraordinary with your life, never forget the past or despair about the future. And remember Kohelet’s advice – “And if many years lives a man, let him rejoice in them all.” 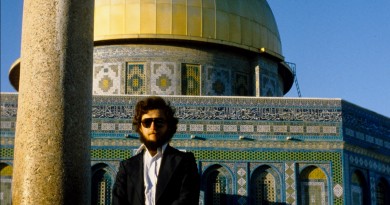 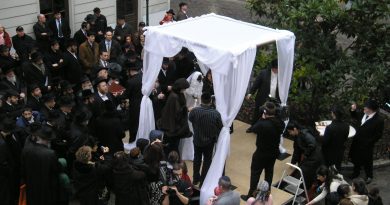