﻿”But if you will not drive out the inhabitants of the land from before you; then it shall come to pass, that those whom you allow to remain of them shall be pricks in your eyes, and thorns in your sides, and shall harass you in the land where you live.” …Numbers 33:55

This week’s Torah portion contains one of those passages that can make liberal minded Jews uneasy, and causes right wingers to jump up and down and say “yeah, right!”

For example, the blog “Our Children are the Guarantors” quotes the whole passage in this week’s parsha where God calls on the Jewish people to expel the inhabitants of the land, and makes a point of quoting Rashi: “And ye shall drive out the inhabitants of the land, and dwell therein”: You shall drive out all its inhabitants, and then you will be able to stay in it; if not, you will not be able to stay in it.” And what I take is a fairly typical right wing sentiment, he says: “…It is not necessary! If but we let go of the consideration of world opinion, and of the irrational fear of the International Court of “Justice” in the Hague, where self-appointed humans judge other humans without any solid basis, we could end this predicament entirely, within a few months! By expelling all the Muslims from the Land of Israel, most of our current woes would vanish like a bad dream.”

Needless to say, those of us who prefer a two state solution do not agree with those sentiments. But what do we do with that difficult passage in the Torah?

The reason the Torah mandated such harsh treatment for the seven nations was because they were Idol worshipers, who would lead the Jews astray, get them to turn away from God. As Ramban (Nachmanides) says in his commentary on this verse, “they shall be pricks in your eyes,” they will cause you to err and you won’t see and you won’t understand, as it is written “a bribe blinds the wise,” and “do not put a stumbling block before the blind,” that they will teach you all of their abominations and to worship their gods.”

Whatever one might say about Muslims, they are not idol worshipers. They worship the same God we do, and instead of leading Jews away from God and Torah, the Koran states that Jews should follow the Torah: “”Say: O people of the Scripture! Ye have naught (of guidance) till ye observe the Torah (the Mosaic Law)…” in several places the Koran chastises Jews for not following the Torah.

Therefore, it is easy to conclude that Muslims are not the category of people God was commanding the Jews to expel. But even without that interpretation, there are other reasons to reject a right wing interpretation of the passage in this week’s Torah portion.

The Torah needs to be understood in its own context. Even though the laws of the Torah are eternal, situations and circumstances change. When the Torah commanded driving out the inhabitants of the land there were no Arabs, so the nations the Jews encountered were mostly pretty small and weak. Once in a while in the Bible we read about a group of four or five kings getting together to make war. But we have to remember that these were kingdoms about the size of a typical American county. So when we read about the King of Moab, he is more like the king of Lucas County than he is the King of France. And when these kings formed alliances, they were usually temporary. We generally united the kings was a common enemy, and fighting a common enemy has no staying power once that enemy has been vanquished.

However, today Muslims are much more united. There are a billion Muslims in the world. For Israel to expel the Palestinians would be to bring disaster upon ourselves. A billion Muslims and much of the civilized world would think it was a pretty bad idea. Traditionally as we say that the Torah can be understood on four different levels represented by “pardes,” the orchard: pshat (the plain meaning of the text), remez (allusions in the text), drash (interpretations of the text), and sod (the secret meaning of the text). I suggest that in this passage the sod, the secret meaning, is that we should act wisely and in a way that will maximize our chances of success to be able to hold onto our land. The definition of “act wisely” in this part of the world is much different than it was 3000 years ago.

Since the Muslims are not Idol worshipers, and they’re not one of the seven Canaanite nations, they are what the tradition would call “gerei toshav,” resident aliens. And the Torah commands us to treat resident aliens well, not to abuse them, and to follow the principle of “there shall be one form of law for you.”

This week’s Torah portion records the 42 places that the Israelites visited during their 40 years in the desert. Now as then we are tired of wandering in circles and are eager to settle down. if we want to succeed in the enterprise of living in the Jewish state, we need to follow the underlying values, the metamessage of the Torah, and not blindly try to follow a verse which even Maimonides recognized as no longer applicable a thousand years ago. 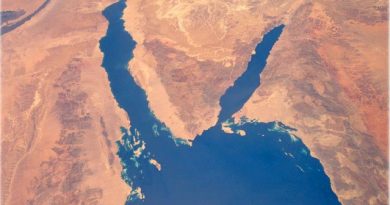