* Thanks to Rabbi Daniel Goldfarb

For Jewish charitable organizations struggling to make ends meet — what with the market down 40% in a year, and for organizations in Israel raising money in the US, a seriously sinking dollar causing the dollars to go less far — the news of Bernie Madoff’s $50-billion dollar "Ponzi scheme" scam could not have come at a worse time.  It wasn’t adding insult to injury — it was adding injury to injury, and in some cases, the injury was a fatal blow.  Several charitable foundations doing important work — everything from funding basic medical research in Israel to providing funding for Birthright trips to feeding the hungry — have completely gone out of business.  Hanukah, the time of year when we are supposed to be casting light into the dark corners of the world, has become a dark time indeed for many investors and charitable foundations.

It’s utterly astounding that this man swindled not just little old ladies stashing a few bucks under a mattress, but some of the most sophisticated financial institutions in the world.  The Royal Bank of Scotland? BNP Paribas, one of the largeset banks in France? As assortment of Swiss banks?  Say it isn’t so!

I hate to admit it, but I will — despite a reasonable amount of sophistication in business, I have a Doctorate in business administration, after all — when I get "junk mail" from my investment funds I generally don’t read it.

I download the numbers into MS Money, track performance, and move funds from poor performers to better performers.  But read those brochures with the endless fine print?  Who’s got the time?

Now I’m a very small time investor — managing my all too meager retirement funds.  So if I buy things on the basis of a friend’s recommendations (no insider trading, of course, chas v’shalom!!), or because the performance looks good, without doing a ton of due diligence, I’m only playing with my own money.  But a bank?  Many banks?  Don’t they have armies of people who are hired to read all that fine print?  If they’re not reading it, is anyone?

One of the things you get in the fine print is information on the audit firm.  Turns out Madoff’s auditor was a three person shop in a drab suburban building.  Newsday reports:

"The fact that a such a small accounting business was the main auditor for Madoff’s multibillion-dollar operation has emerged as one of the most mysterious elements of the case. Experts say it would be preposterous for a tiny firm to audit properly an operation the size of Madoff’s."

I thought sophisticated banks would all have insisted that any place they put their money be audited by one of the "Big Four" (or however many big accounting firms are left these days, used to be the "Big Eight!").  Whatever happened to "Trust, but verify" as Ronald Reagan was fond of saying?

Rabbi Daniel Goldfarb wrote a good case for the value of regulation:

In Avot 3:2 Rabbi Hanina, the Deputy High Priest said: Pray for the welfare of the government, for were it not for the fear it inspires, every man would swallow his neighbor alive.   Rabbi Hanina lived through the Destruction of the Second Temple.  According to Bartinura the government whose welfare he was praying for was the hated Roman occupation.  Rabbi Hanina knew from experience that even among Jews, if there are not constables on the block and courts to enforce the law, society can become an ugly jungle.  We need regulatory mechanisms to control the appetites, greed and jealousy of people, even "nice Jewish people," whether they be bullies demanding protection money or "respectable" financial institutions preying on poor, ignorant homebuyers.  To paraphrase Lord Acton, wealth can corrupt, and immense wealth can corrupt immensely.  Rebbe Yehuda HaNasi up in Tsippori was very familiar with Wall Street.  He left shul asking God to "protect me today and every day from vicious people and ruthless opponents, whether Jewish or not (Brachot 16b)."  It’s no accident that the compilers of the Siddur included this private supplication in Birchot Hashachar.

Now I’m something of a "maverick" in the business world.  Most business people hate government regulation, because it often has a negative impact on profits. I, on the other hand, favor government regulation because I want to run my business in a moral fashion, but my fiduciary responsibility to the owners of the corporation can occasionally make it difficult to be more moral, or more socially conscious  than legally required.  What business would willingly spend three times as much as their competitors on air pollution control, for example, just to be a good citizen?  Regulation can force all businesses to "do the right thing" and it levels the playing field because all competitors should in principle be effected equally.  Regulation, of course, needs to be sensible, and the cost needs to be weighed against the benefits.  I’m in favor of reducing pollution, but there is a point of diminishing returns where more regulation costs exponentially more harm to the economy while doing little to protect the environment.  In any set of regulations like those protecting the environment there is a "sweet spot" that represents the right balance between cost to society and benefit to society.

Just as an aside, Israel is somewhat over-regulated in many areas.  As an example, I just discovered that according to law, anyone who has been working for a company for less than six months has to take all of the vacation they accrue before the end of the calendar year.  Employees are required by law to take five days of vacation a year, and if they have accrued less than five days they have to take all of it.
I’m not sure what great abuse that silly rule is preventing.

President-elect Obama, citing the Madoff case, is calling for an overhaul of financial regulation.  I’m a fan of Obama, I think he’s smart, talented, and a man of integrity.  But in this case, more regulation is probably not the answer.  I think there is a tendency for the public to shmoosh together all the different elements of the financial meltdown. But the causes of the mortgage meltdown are different than the cause of the failure of the auto industry, and they are different than the factors that led to the Madoff scam.  Regulation might have helped prevent the mortgage meltdown — but what Madoff did is already against the law.  More regulation would no more stop a crook than passing a new law will stop terrorism.  More effective enforcement of existing laws, on the other hand, would help.

But the truth is, that’s probably not going to solve the problem.  As an opinion piece in the Wall Street Journal points out

Bernard Madoff’s alleged $50 billion fraud is giving politicians and investors who failed to diversify another excuse to blame too little enforcement in U.S. financial markets. Talk about compounding a case of misplaced trust. The real lesson is that financial enforcement nearly always fails to protect investors, and this Ponzi scheme is merely typical.

Apparently there were warning signs about Madoff years ago.  According to the WSJ, "In 1999, trader Harry Markopolos wrote that "Madoff Securities is the world’s largest Ponzi Scheme," in a letter to the SEC."  But when the SEC rummaged around Madoff in 2005 and 2007 they didn’t turn up any major problems.

The message?  Trust but verify.  Read the fine print.

What can we do about it?  I suggest the most important thing most of us can do is provide our children with a proper education — to teach them that some values are more important than money, and that with or without regulators looking over their shoulders they need to always do the right thing.

The word "Hanukah" comes from the root chet-nun-cuf, which is also the root for the Hebrew words for educate and dedicate.  The Aish Kodesh, Rabbi Kalman Kalonimus Shapiro (a.k.a. "The Warsaw Ghetto Rebbe") taught that the purpose of a Jewish education is to train a child so that when the child grows up and no one is standing over him telling him what to do he will do the right thing.  Clearly for all his clout in the Jewish community, Bernie Madoff never absorbed those lessons.  He put greed and ego ahead of every value we would learn from the Torah.  At this time of year, when we celebrate the Festival of Lights, the holiday when we commemorate the re-dedication of a Jewish way of life that had been nearly destroyed by the Seleucids, we need to re-dedicate ourselves to creating a society that values "menschlichkeit" over a fat bank account, a society that values honesty and incorruptibility over wealth and influence.  Not that those things are necessarily incompatible — one can certainly be wealthy and honest.  Even Bernie Madoff could probably have been moderately wealthy even without his Ponzi scheme.  To be such a successful crook, he must be a very gifted person.  Pity he wasn’t able to channel those gifts in a positive direction.

Hanukah is too cheerful a holiday to end my thoughts on a down note.  So, a comment on the sufganiyot vs. latke controversy.  In America, the Hanukah treat that defines the holiday is the "latke" or potato pancake.  In Israel it’s the sufganiyot, or jelly doughnuts. For those wondering how this Israel – Diaspora divide came about, read Barry Newman’s piece "Putting an end to the latke-less Hanukka" in the Jerusalem Post.   You can read it by clicking here. He blames the Histadrut!  But for this transplanted new Israeli, I can assure you that Hanukah comes with latkes, music, and presents on the piano — my kids insist it’s not Hanukah without all three. 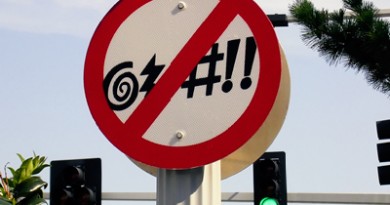