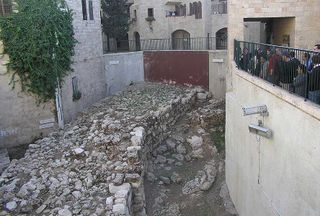 This past Friday I had another one of those "this is an amazing place" moments.

Friday we did a First Temple period walk, which includes the "Broad Wall" in the Jewish Quarter.  The Broad Wall was part of the defenses of the city in the First Temple period.  It was substantially built up during the days of King Hezekiah, prior to the Assyrian invasion.  The prophet Isaiah, who prophecied during that era, chastises the king in Isaiah 22:10: "And you have counted the houses of Jerusalem, and the houses that you have broken down to fortify the wall."

And there at the site, you can see the remains of a foundation of a house right up against the wall — a house that was clearly destroyed to build the wall.  The remnants of the house are visible in the photo on the right side.

The evidence for what the prophet said 2,700 years ago — right in front of you.  Brings history alive like nothing else I can think of… 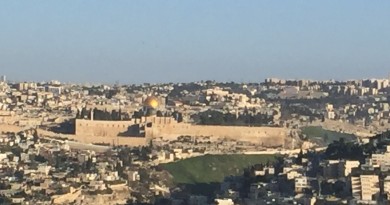