What a great way to start the High Holiday preparation season — the very first piece of music I heard on Rosh Chodesh Elul was Neshama Carlebach singing her father’s song (Rabbi Shlomo Carlebach, z”l) “Return Again.”  The video is NOT of her performance this evening in Jerusalem — it’s a performance in Amsterdam a few months ago.

The lyrics are simple — and very appropriate for Elul, the month when we start our preparations for the High Holidays by doing teshuva, by returning to God:

I was especially moved during the performance, not just because it’s a beautiful song, and it was beautifully done, and it’s Rosh Chodesh Elul — but also because my thoughts were with my friend Marty, who bought a sailboat and named it “Return Again,” after this song.  Marty, alas, was only able to go out on his boat a few times before being stricken with a stroke.  I think the last time he was out on the boat was when I joined him in sailing it from Tel Aviv to Ashdod in 2007.  He’s been in a coma for nearly two years, and hearing the words “return to what you are, return to who you are” have a whole different meaning when I think of and pray for my now silent friend.

I’m probably one of the few people who’ve had the opportunity to hear Neshama sing in three countries: the first time I heard her was at the Rabbinical Assembly convention in Mexico City, second was when I brought her to Toledo, Ohio for a weekend (click here to read about that weekend), and today, on a rooftop (yes, on a rooftop!) in Jerusalem.  If you’ve never heard her perform, check out her web site on the link above, and figure out when she’ll be playing near you.  She’s an incredible artist, and is much more than just a tribute to her legendary father — she very much has her own style and her compositions are equally worthwhile.  And her piano playing producer, David Morgan, is also outstanding. Her CDs are also available through her web site.

As we begin our long period of introspection leading up to Rosh Hashana and Yom Kippur, may God bless you with a return to the land of your soul, may God help you remember your priorities and remember who you really are. 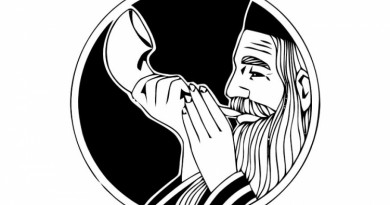