There are some prayers we say every day, and normally just zip by them without paying that much attention.  But there is often a profound message, if we but pause to consider it.  There is a passage in the Talmud that we recite every morning after saying the blessings for studying Torah:

These are the things which a person enjoys the fruits of in this world and the principal remains for him for the world to come. And these are : honor your father and mother, early attendance at the house of study morning and evening, inviting guests, visiting the sick, providing for a bride, escorting the dead, concentration in prayer, bringing peace between an individual and his friend… but the study of Torah is equal to them all.

So as I was running through the forest near Ramat Rachel this morning, I got to wondering: why davka these mitzvot are singled out as ones where you enjoy the benefits in both this world and in the world to come?  And what's the significance of "enjoyes the fruits?"

Let's look at them one at a time.  Honor your parents — how do you enjoy the fruits of that in this world?  I suppose if you are a parent yourself, your children see you honoring your parents, and they will, in turn, honor you.  Attending the house of study early — there's a teaching that says the first one to arrive gets a few private moments with the shechinah, the divine presence; that's certainly a great benefit!

Inviting guests — for me, that's a very speical one.  We LOVE entertaining guests at Shabbat.  If we don't have guests, our kids complain.  It is definitely a reward in this world.  Our Sabbath table has been blessed with Jews, Muslims, Christians, Buddhists, Hindus, including rabbis, monks, priests and ministers.  We've had Torah scholars, doctors, dentists, lawyers, entreneurs, archeologists, teachers, managers, tech people, activists, writers, musicians, bureaucrats.  We've had people who originally come from Israel, America, Britain, France, Argentina, Australia, Germany, Hungary, Holland, the Philippines, India, Egypt, and I'm sure I'm forgetting a bunch of other places.  Everyone has contributed to an interesting evening.  Getting "mitzvah credit" in the world to come is really like icing on the cake.

I would elaborate on this some more, but it's almost Shabbat, so I need to sign off…I think you get the idea, for most of these mitzvot it's easy to see some "fruit" in this world, so the reward in "olam haba," the world to come, is "gravy."  Studying Torah is our path for drawing close to God, so it's definitely it's own reward, or should be.  The one that's a little challenging to explain is "escorting the dead."  Escorting the dead is also called "chesed shel emet," the true act of kindness, because the deceased can't repay the favor.  So what's the fruit to enjoy in this world?  The fruit of the good feeling that comes with an altruistic act.  The pleasure of knowing you've done a kindness.

Shabbat Shalom from the Holy City of Jerusalem, 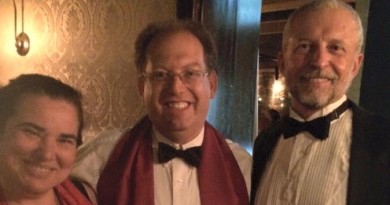