Today is "Tzom Gedaliah," the fast of Gedaliah.  Who was Gedaliah, and why should we fast for him?

Gedaliah was the Jewish governor of Israel in the sixth century BCE, the period immediately following Nebuchadnezzar of Babylon's conquering of Israel (and the destruction of the Temple the first time).  Jewish zealots, encouraged by the king of Ammon (as in "Amman," Jordan) assassinated Gedaliah.  No doubt they considered him a "collaborator," serving the enemy.

The Jews who were left in Israel assumed that Nebuchadnezzar would be really angry over this, and they fled to Egypt.  Israel was left desolate for 70 years, until the Persians kicked the Babylonians out.

What's the message?  It's clearly an anti-zealotry message.  Life would have been better if the people had accepted the accomodation with Nebuchadnezzar.  If we look at what happened then — and what happened again 600 years later, when we got the Romans mad at us — a pattern can be discerned.  Israel is a small country.  We can't win against the "giants" militarily.  Therefore, we need to be clever, and we need to accept that there will be some limits on our autonomy that are imposed on us by the great powers.  Instead of chafing against it. we should figure out how best to accomodate it.

The situation is the same today.  We're still a small country that is not a "world power."  We're not going to be able to militarily defeat the modern equivalents of Babylon and Rome — we have to figure out how to live in their shadow, without being completely under their thumb.  Not an easy balance to strike.  But if the mouse is quick, he can avoid getting stepped on by the elephant…

Torah shall go forth from (to?) Zion 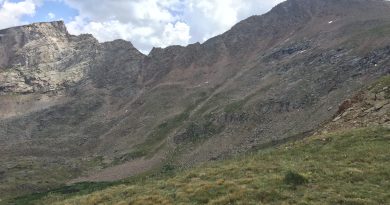