This article is dedicated to the memory of my step brother, Carson Holder, z"l.

A few months ago, I received the sad news that my step brother Carson died.

Carson was a few years older than me.  I got to know Carson pretty well in the early 1980s when he came up from Southern California to where I was in the SF Bay Area to build a house for me.  He was a real craftsman.  He took care of the whole project, hired all the subcontractors, etc., but still did a huge amount of work himself, everything from rough carpentry to electrical to plumbing to finish work and paint.  He got the project finished more or less on budget and on schedule, which is pretty remarkable for building a house. Especially considering he had a klutz like me "helping!"

He was kind, funny, and a good guy to have a beer with. When something didn't work out right, he didn't swear and curse, he just fixed it.

Carson died of pneumonia — a disease which in someone his age who is otherwise healthy is normally quite readily treatable.

In a way, what Carson really died of was lack of health insurance.  He was a casualty of America's broken health care system.

Carson did not have any health insurance.  He was only working intermittently, and without a steady employer to pay for it, he certainly couldn't afford to buy insurance on his own.  So despite being ill, he didn't go to the doctor.  Eventually it got so bad he dragged himself to the emergency room.  And while sitting there in the emergency room, he got freaked out about how much the visit to the hospital was going to cost, so he walked out of the emergency room.  And died a short time later.

As my teacher Rabbi Elliot Dorff points out in his article "Why We Must Support Universal Health Care," the Jewish tradition teaches "in addition to paying for his own health care, a man assumes an explicit obligation in marriage, according to Jewish law, to pay for the medical care of his wife, children and other relatives if they cannot care for themselves."

So where was Carson's family?  Where was I?

Certainly family is ideally part of the "social safety net."  Carson's death shows that family can make a pretty rickety support structure.  I hadn't spoken to Carson in a number of years; when he passed away he was living in Southern California and I live in Jerusalem.  Carson had a lot of difficult personal issues to deal with over a long time, and he had become estranged from much of his family.  You can't help someone if you don't know they need help.

Carson died because he was "working poor."  If he was older — 65 and eligible for Medicare — he would have had health insurance, and would have gone to the doctor sooner.  Would probably have avoided the need for a trip to the emergency room at all.  If he was a child he would have been covered.  If he had been REALLY poor — indigent — he would not have had to worry about the bill, the hospital would have had to treat him anyway (see this report from the State of Connecticut).

Those opposed to universal health care often cry "socialized medicine!" as if it's some kind of plague, and crying out those words will ward it off.  But America already has one of the largest socialized medicine programs in the world.  Something like 80 million people are covered by Medicare / Medicaid — more than are covered by almost any other national health insurance plan.  And that doesn't include all the truly indigent people who get emergency treatment for free.

People complain that they don't want matters of life and death decided by some government bureaucrat.  However, right now, today, those matters of life and death are decided by insurance company bureaucrats, and those insurance company bureaucrats are no kinder than the government.  In fact, a major survey by Calpers shows that people are happier with government provided Medicare than they are with basic private health insurance.  The WORST Medicare plan ranked better than the #2 private insurance plan in terms of customer satisfaction.  The best Medicare plan was rated much better than the best basic private insurance.

So why was Carson left out in the cold?  He was a working age guy.  America still clings to a 1950s vision of society, when, at least in our imagination, anyone who wanted to could get a job, and with the job would come health insurance.  So if you didn't have health insurance it's because you were lazy, or at least incompetent.  Something was wrong with you if you didn't have a job (and insurance).

The times have certainly changed.  Millions of Americans, including millions who have jobs, have no health insurance.  My oldest daughter, age 27, is unemployed and has no health insurance.  Thank God she's relatively healthy.  If she were to get in a car accident, I wouldn't be able to afford to pay her bill — so she'd lose her few possessions, like her car, become indigent, and get the rest of her health care for free.

Doesn't it seem like there ought to be a better way?

Business is often opposed to universal health care and other liberal ideas.  Yet as a business man, I really don't understand why.  If the government had been taking care of health care, GM might not have needed to go bankrupt.  Many small businesses are struggling to keep up with ever increasing health insurance premiums; it would make their life much easier if there were a government sponsored plan at a reasonable cost.  In Israel employees pay on average less than 4.8% of their income for health insurance.  Many small businesses in America find health insurance premiums running 10 or 15% or even more of their salary expense.  In 2008, the average cost for a family insurance plan was over $12,000.  Click here to see a report from the US Dept of Health and Human Services on out of pocket costs of health care.

For a full treatment of the Jewish sources calling for universal health care, see the above link to Rabbi Dorff's article.  But for me, the most compelling source is a very simple one.  The Torah commands us "Do not stand idly by the blood of your neighbor."  We cannot just sit around and watch people die.  We are commanded to care for our brother.  When Cain asks God, "Am I my brother's keeper?" God doesn't reply — but we do know what God's answer is, don't we?  Yes, as a matter of fact yo
u ARE your brother's keeper.  And he is yours.

There are many people who would say "Universal health insurance is a great idea, but who's going to pay for it?"

The problem is not that America would need to spend more money to cover everyone.  America would have to spend money more wisely to cover everyone.  America already spends nearly twice the amount per capita on health care than almost any other country in the world — over $7,000/year, most other industrialized countries spend about $3,000/year.  America's excess spending does not lead to any noticeable improvement in life expectancy statistics: to the contrary, America's life expectancy is on the low side for industrialized nations.  Click here for an OECD report with lots of statistics.

A few months back the New Yorker ran a fascinating article, "The Cost Conundrum: What a Texas town can teach us about healthcare" which shows that quality of health care and cost of health care do not have much of a relationship.  Rochester, MN, home of the world reknowned Mayo Clinic provides that world class health care at a cost less than half of McAllen, Texas.

Universal health insurance should go hand in hand with a major overhaul of many features of medicine in America, including tort reform, which the Democrats have been traditionally somewhat reluctant to take on.  But it's a necessary component to pay for covering everyone: if we gave people who needed tests tests, instead of giving unnecessary tests in the practice of "defensive medicine" we could make our health care dollars go a lot further.

The OECD report cited above mentions that America already spends more dollars per capita of public money — government money — than most other countries.  Yet America only covers elderly, disabled, and some poor people on that money.  For the same spending per head or less, other countries cover everyone.

I think it's scandalous that a country as rich as America can't manage to provide a basic necessity like health care for all of its citizens.  The United States is the only industrialized country in the world that does not provide for universal health care.

Too many Carsons have died.  I'm ashamed and embarassed that I wasn't able to prevent his death.  Let's work together to prevent more. 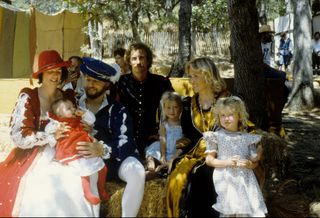 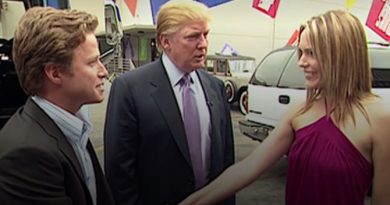 Is Snitching a Jewish Value??

One thought on “Why Did Carson Die?”