I don't normally blog just about Israeli politics — generally, I prefer to write about things where there is some kind of Torah angle or connection — but there is a recent political development in Israel that is VERY important, that I think a lot of people might have missed.

I have to admit, that until now, I have not been very impressed with Netanyahu.  Despite his much criticized partial freeze on construction in the settlements — criticized by the right, by the left, and by the Palestinians (albeit for different reasons!) — I didn't think he was serious about trying to put together a deal with the Palestinians.  I figured it was a manuever to get the Americans off his back, and that's it.  I figured if he ever got close to being serious about putting together a deal with the Palestinians, it would never happen, because if he made the compromises necessary to make a deal, the right wing of his narrow coalition would bolt, his government would collapse, and that would be the end of that.

Yesterday's Israeli papers reported on some political manuevering that could completely change that assessment.

As reported yesterday in Haaretz, Netanyahu has told Kadima head Tzipi Livni that if she doesn't join his coalition, he will split her party (truthfully, more like destroy her party).  As was reported in Haaretz a few days earlier, it looks like Netanyahu would not have a lot of trouble attracting the seven Kadima MKs needed to allow them to split off as a separate faction and join the coalition without Livni.

Livni is really in a box.  I hope she'll decide to bring Kadima into the coaltion and form a unity government.  That would be the strongest possible basis for putting together a real peace deal, and it would be the only way to preserve Kadima as a viable party going forward.  Unfortunately, in the past she seems to have allowed her ego to stand in the way of what was best for the country (and probably best for her as well) so I'm not optimistic that this will happen.

But either way, Netanyahu is going to shore up his government with more ministers who will support putting together a deal with the Palestinians.  Right now, the parties in the government that would clearly support doing a deal with the Palestinians even if it means giving up a lot of territory are Likud, Labor, and Yisrael Beiteinu — which represent a total of 55 seats in the Knesset.  Not enough to form a government.  If the more right wing parties in the coalition bolted, it likely would have meant the collapse of the government.

But if Netayahu picks up seven "renegade" Kadima MKs, the presumptive supporters of a deal number 62 — a very narrow government, but enough to prevent the government from collapsing.  Enough to make it much likelier that the government could actually put together a deal with the Palestinians.

This is going to be a very interesting time.  Surprising things could happen, but Netanyahu seems to be holding the strongest cards at the moment.  Possible scenarios:

There are those criticizing Netanyahu's moves — asking questions like whether offering the "renegades" cabinet level posts is tantamount to "bribery" — but I have to say it looks like very astute political manuevering on his part, and since it's maneuvering that could lead to a greater chance for putting together a real peace deal with the Palestinians, I'm all in favor of it. 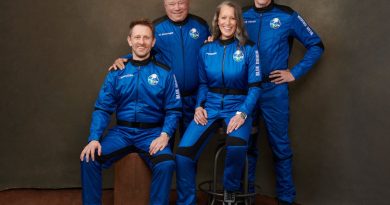 A Blessing for Captain Kirk