There is no connection whatsoever between the above topics, other than they are a random sample of things going on here that inspire commentary this week:

March for Shalit: traffic in Jerusalem today was somewhat disrupted as the march of Gilad Shalit's parents and supporters arrived in Jerusalem.  For those living in a cage, Gilad Shalit is the Israeli soldier who was captured by Hamas four years ago.  Israel has offered to trade 1,000 prisoners, including a number of terrorists with "blood on their hands" for Shalit.  Hamas wants more.

I truly sympathize with the Shalit family; I can't imagine the pain they are in, knowing their child has been a prisoner of Hamas for four years.  But I think they are protesting in the wrong place.

The following words are not ones you will see me write or say often: I agree with Benjamin Netanyahu.  "Not at any price."  There has to be limits to the price we are willing to pay to get Shalit back.  One estimate I read said terrorists have about a 50% recidivism rate.  If we release a terrorist who kills someone after his release, how will the family of the victim feel about the deal to release Shalit?  If Hamas said "we'll release Shalit if you let us pick an Israeli at random and kill him first" of course we would refuse.  The Talmud teaches you can't sacrifice someone else for yourself — the Talmud asks "is your blood redder than his?  Perhaps his blood is redder than yours!"  Yet if we release a significant number of terrorists, we are essentially making that same deal.  Innocent people will die.

US Govt Funding for Settlers: Just as Netanyahu was getting ready to meet with Obama in Washington, the NY Times ran a front page article: "Tax Exempt Funds Aid Settlements in the West Bank."  Is the timing a coincidence?  Look, I admit to being opposed to ideologically oriented settlement in the West Bank.  I think they are a barrier to peace.  However, I also think the NY Times article is bogus.  The article claims that organizations supporting settlers have donated $200 million over the last few years to support a policy that the US government opposes.  And they present it as if this is shocking news.  OK, that may be true, but it's irrelevant.  The Obama Administration favors gun control.  Yet the NRA collects $200 million tax deductible dollars each and every year.  Same exact thing: the government is subsidizing an organization that espouses policies contrary to the wishes of the ruling party.  So what?  Tax exempt status is not reserved for those who "toe the party line." Not even when it's the line I prefer…

International Human Rights Law: Have been studying international human rights law at the Hartman Institute with a couple of world class experts, Tal Becker and Daniel Taube.  Fascinating discussions.  I have generally not wanted to get too involved with International Human Rights Law in my work with Rabbis for Human Rights, because I have felt that all too often it just gets used to bash Israel, and my interest is more in what Judaism has to say, not what the UN has to say.  Studying with these two guys has changed my views — I now think it's important for human rights activists, including rabbis, to be up on IHR.  There are certainly parallels between IHR and Jewish law, and there are rabbis who say that IHR has acquired the status of "dina d'malchuta dina," the law of the land is the law.  It's a complex and difficult subject: we spent an hour and a half debating the definition of terrorism without coming up with an answer (the UN doesn't have a single answer either).

Performance Art Protest: and last but not least, leaving the opening night party for the Jerusalem Film Festival there were young people doing "protest performance art," posing blindfolded and handcuffed in submissive positions on the sidewalk, drawing attention to the plight of the Palestinians.  An older Israeli group accosted one of the youngsters, yelling, calling him an embarrassment, etc.  One of the older women said before the War of Independence (60+years ago) she was a little girl, and there was an Arab village near Gan Sacher.  She remembers hearing them yell "destroy the Jews," and said "how can you expect to make peace with someone like that?"  Sixty years later, and she judges the possibilities for peace on what a few rowdies said way back then.  And we wonder why it's hard to make peace here.  If we don't forget anything, you can bet the Palestinians don't forget anything either…

In case you were wondering, I wasn't at the Film Festival because of my little known career in film making (although I do share "story by" credit on a cool script the wife wrote which hasn't sold yet).  I was there because the spousal unit was a volunteer, which was enough to get me free drinks and food.  I was at a gathering of rabbis just before the Film Festival party, and I can tell you one thing: movie people have better refreshments than rabbis!

One thing about living in Jerusalem: it's never boring!!  🙂 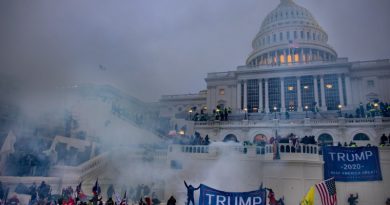 You Reap What You Sow