My rabbi – the spiritual leader of the congregation I belong to – is on Sabbatical this year.  The Jerusalem congregation has something like 20 rabbis as members.  So instead of hiring a rabbi on an interim contract while our regular rabbi is on Sabbatical, the board of the synagogue decided instead to hire a part time administrator, and try to get the 20 rabbis to volunteer their time to do the “rabbinic” stuff.

And I just figured out why that’s a problem.

To understand why, the first thing to consider is “what makes someone a rabbi?”  We have one word that actually refers to a couple of distinctly different things.

In May of 2002, I walked across the bima of Temple Sinai in Los Angeles stood before a beit din (court) of three rabbis, and was declared to be a “rabbi and sage in Israel.”  I have a lovely, very large diploma attesting to that fact hanging on the wall of my office.  I am very proud of that accomplishment – far more proud of that than of my PhD, rabbi is a much more important title to me than “doctor.”  I put in the time, paid my dues, and was certified as a rabbi.  I will be a rabbi until the day I die, nothing can take that away from me, not even, God forbid, Alzheimer’s or something else that caused me to forget my learning.

Since we made aliyah three years ago I have not been working as a congregational rabbi.  I have been back working in the business world, and my rabbinic work is all volunteer.  When people hear my story, not infrequently they ask “do you miss being a rabbi?”

Sometimes that gets my dander up.  Sometimes I feel like launching into an explanation about the degree and the diploma and the beit din, and the important rabbinic work I do (serving as co-chair of Rabbis for Human Rights I think should count as significant rabbinic work).  Yet I don’t.  I answer, “yes, I miss being a rabbi.”  I do.  Being a congregational rabbi is an awesome job, and you have the opportunity to touch people’s lives in profound ways.  I didn’t leave the congregational rabbinate because I didn’t like being a rabbi; I left it because I wanted to live in Israel even more.

And rabbi has still other meanings than being a congregational rabbi.  A rabbi is someone’s spiritual guide; the person you turn to when you feel like, well, when you feel like you need to talk to a rabbi.  I am fortunate enough to have a few people in my life that I consider my “rabbis,” and not all of them are serving congregations.

Two things happened recently that led me to understand why it’s a mistake that my congregation doesn’t have “A” rabbi this year.

Over a recent Shabbat lunch I was chatting with a rabbinic colleague whose background is in chaplaincy.  Somehow I mentioned how a loved one is fighting cancer, and the challenges involved in being thousands of miles away from the family.  She asked an innocent question: do you have someone you can talk to about all this?  I gave a decidedly lame answer: my brother and sister and I are close, we talk openly about this stuff, etc.  She didn’t push it, although maybe it would have been helpful if she had.

A few days later I found out that my ailing loved one has taken a turn for the worse, and we were going to have discussions with the doctor about stopping chemo and switching to palliative care and/or hospice.  I was stunned.  I wasn’t ready for that.  I was upset.  And guess what?  I didn’t really have anyone to talk to about it.  The natural person to talk to would have been my congregation’s rabbi – but he was on Sabbatical.

Now the truth is, I know that even though he’s out of the country he would have welcomed my call, any time.  And I have lots of friends who are rabbis, and I know – intellectually at least – that any of them would have welcomed my call. Yet I couldn’t help but feel reluctant to reach out to them – as if it would be an imposition both on their time and on their emotions to get them involved in this.  I had decided I would go ahead and call one of my rabbi friends to talk about some of the issues I was thinking about, but events moved quickly and next thing I knew I was on an airplane for the US before I had time to actually call any of my rabbis.

That bit of reluctance I felt to call a friend points to the reason a congregation needs a rabbi.  It’s his job to answer the phone call.  There’s no question of it being an imposition to call him – that’s his job.  There’s a tacit understanding between rabbis and congregants.  Congregant pays his dues, and rabbi will be available when needed.

Some rabbis feel a little resentment that there are congregants who belong to the congregation just as an “insurance policy,” so that the congregation – so that the rabbi – is there if they need it, for a wedding, bar mitzvah, bris, hospital visit or funeral.  I’m now more sympathetic to the people who join as an insurance policy.  We can’t make everyone be religious, if someone doesn’t want to attend synagogue regularly that’s his/her loss, and between him and God, but it’s nice to know that a lot of people DO want to have a rabbi to turn to in time of need.

And that’s why our congregation – with 20 rabbis – needs “A” rabbi.  When told of the idea of getting volunteer rabbis to do stuff, many of the rabbis in the congregation were offended: the congregation wasn’t taking the role of rabbi seriously.  They didn’t understand what rabbis did.

The congregation needs a rabbi, not because the other rabbis are offended.  The congregation needs a rabbi because I as a rabbi have a lot of rabbi friends I can turn to when I need a rabbi.  But if a congregant who was not a rabbi was in the same position I was – and suddenly felt he needed to talk to a rabbi – he would not have had anyone to turn to.  You can’t assign the personal relationship of being someone’s rabbi on a rotating basis between a group of rabbis.  And you can’t really do it from thousands of miles and several times zones away.  There is a personal relationship that you have with the one rabbi you see whenever you show up at shul, and there is the comfort of knowing it’s someone’s job to be sympathetic and give some spiritual guidance when needed.  Someone you are clearly “allowed” to impose on.

I don’t know if the congregation’s leadership will reconsider the decision about not having a rabbi for the year, but I will definitely recommend they do.

May the new year be filled with blessings and good things – and may you only need a rabbi when you are aiming for some spiritual growth, or celebrating a happy life cycle event!

Using a French Press for Coffee on Shabbat 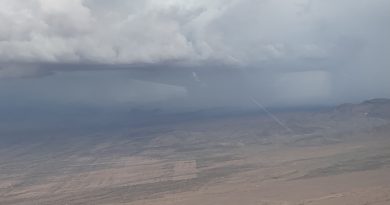 It’s Not All Good

Will the real "Torah-true" Judaism please stand up?

3 thoughts on “Who needs a rabbi?”