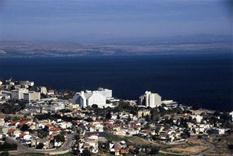 In an article in Maariv that I have not yet seen in English, it was reported that a group of rabbis in the ancient city of Tiberias were threatening to boycott Poriya Hospital because they had the nerve to allow Muslims to have a place to pray. If you read Hebrew, or want to try Google Translate, you can read the article here.

Of course, this is pretty foolish. Who do you hurt if you boycott a hospital? "Oww…I have a pain in my side, maybe it's appendicitis…but I won't go to that Poriya Hospital, they allow Muslims to pray on the premises!"

For rabbis to protest the construction of a place of prayer for Muslims at Poriya Hospital in Tiberias is blatant discrimination, forbidden by both Torah law and secular law. Jews already have a synagogue in the hospital; Muslims have had to pray outside.

If we support their poor, visit their sick, and bury their dead, it follows, al achat cama v'cama, we should certainly allow them to pray, especially since we are praying to the same God.

Israel's Declaration of Independence guarantees "freedom of religion, conscience, language, education and culture." The rabbis of Tiberias are not being asked to fund the prayer space for the Muslims, not even indirectly through taxes – the funding comes from private donations.

To threaten to boycott a hospital for providing prayer space to Muslims in a hillul Hashem, a desecration of God's name. It is not only contrary to the ways of peace, it sows sinat chinam, gratuitous hatred, which is a great sin.

Of course, one of the saddest things to me about this whole episode is that it does not seem to have occurred to anyone to do what is done in hospitals across the United States: have one chapel, which is left either without blatant symbols of any individual religion, or which can be quickly and easily changed – so that one space can be shared by everyone. I guess we still have a ways to go before we're ready for that…