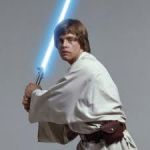 If you walk in my statutes, and keep my commandments, and do them…﻿I will give peace in the land, and you shall lie down, and none shall make you afraid; and I will remove evil beasts from the land, nor shall the sword go through your land. …Leviticus 26:3, 6

Are the blessings and curses in this week’s Torah reading meant to be taken literally?  If we are particular about keeping the commandments — for example, not to wear shatnez (a mixture of wool and linen) — will we have in peace in the land?

Instead of trying to picture God weighing up all the collective mitzvot and sins of the people Israel before deciding whether to let us win over other armies, I find it more useful to think of this commandment in a metaphorical fashion.

Walking in God’s statutes means not only following the various ritual and ethical rules — it also means obeying God’s “natural rules.”  When it comes to war, there are ways to predict the likely outcome.  Let’s look at some of the major wars Israel has faced, successes and failures:

Successes:
Original conquering of the land in the days of Joshua
Maccabees revolt against the Seleucids
1948 War of Independence

And besides the successes and failures, we have the Greek invasion under Alexander, where it appears we didn’t much join the fight, but rather negotiated with the Greeks and kept living life as usual while paying our tax to the Greeks.

The Chinese general Sun Tzu expressed one of those “natural rules” I mentioned above: he said “in the long run, the superior force will always prevail.”  I think that’s a lesson that applies in which wars we have won and which we have lost.

But before applying the principle, it’s important to understand that “superior force” doesn’t always mean strictly quantitatively: qualitative differences are also important in determining whose force is superior.

The battles we lost were in times when the Jewish people were divided — the Northern Kingdom separated from Judea, disagreements about whether to take on Rome — and the enemy had a vastly superior military force and decided to turn their might against us.

In the days of Joshua and the ’48 war, we were far more united than our enemies.  In ’48 we were not only more unified, we had the additional strength that comes from having your back against the wall, and we were better organized, and some would say better equipped.  The Maccabees lucked out: the Seleucids, who would have been stronger than us, got distracted by bigger problems on their eastern border, and left us on our own.

With the Greek invasion, our leaders wisely decided it was a battle we weren’t going to win.  Of course Alexander himself does not seem to have been that interested in Judea (despite some fun stories in the Talmud about Alexander meeting with rabbis), but in 301 BCE Ptolemy took control.  But since Ptolemy didn’t interfere with our religious practices, his rule was simply accepted.

We need to understand Sun Tzu’s maxim, and know both how to “maximize our forces” and know when a battle is hopeless and negotiate for the best terms, and not fight on until we are destroyed.

So how does this relate to following other commandments?  When Obi Wan Kenobi tells Luke “Use the force, Luke!” he is telling him to be aligned with God, to tap into the natural forces, and natural rules, that are there.

An important one of those rules is that unity is stronger than being divided into factions.  As Benjamin Franklin said, “We must, indeed, all hang together, or we will assuredly all hang separately!”

Obeying the ritual commandments is one of the most important ways we are united as Jews.  Right now, sadly, “Jewish unity” seems to be at an all time low.  We are more divided than ever along religious, political, and even ethnic lines.  We all need to find ways to compromise a bit: to the secular Jews, I would say observe some of the commandments, maybe light candles at the Sabbath, avoid pork, whatever, if not as a statement of belief in God and Torah, as a statement of being part of “Am Yisrael,” the Jewish people.  And to the ultra-Orthodox who can be exceedingly scrupulous in the observance of mitzvot, I would say do not look down on your less observant brethren; after all, every Saturday afternoon, in the mincha Amidah, we say “Who is like Israel, one nation in the land?”  One nation means all of us, religious, secular, left, right.

I do believe if we walk in God’s ways — unified by acknowledging our shared traditions, and paying attention to the “superior force” principle and avoiding the hubris of taking on battles that cannot be won — we will, indeed, survive, thrive, and get to live in peace in the land.

The State of the State

Bechukotai 5763 — If you will walk in my statutes