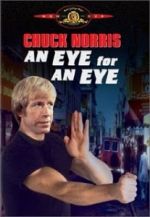 An eye for an eye, a tooth for a tooth, and soon the whole world will be blind and toothless.  …attributed to Gandhi

Many people think that “an eye for an eye,” known as “lex talionis,” a principle we have in this week’s Torah portion, is a reflection of the harshness of “Old Testament” morality, as contrasted with the kindness of the New Testament’s “turn your other cheek.”

The rabbis in the Talmud insist that an eye for an eye was never meant to be taken literally.  After all, what if a one-eyed man poked out the eye of someone?  If you take out his eye, you’ve caused him much greater harm.  What if a blind man poked out someone’s eye?  Does he have a license to go around poking out anyone’s eye that he wants to? It can’t be that there are special rules for one-eyed or blind people: the Torah tells “there shall be one form of law.”  Therefore, the rabbis reasoned, the literal plain meaning of an eye for an eye must be that if you poke out someone’s eye you owe them an eye’s worth of compensation, no more, no less.  And they came up with the basics of what we know as tort law: making the person whole means paying for their healing, their time lost from work, their pain and suffering, etc.

This seems to be very just: midah k’neged midah, measure for measure.  Isn’t justice served by carefully weighing things and making sure everything comes out equal?  Isn’t that why the symbol for justice is a woman (blindfolded) holding a set of scales?

There are many problems with trying to apply measure for measure too literally.  Kids often seem to struggle with this.  They want everything to be “fair.”  The other day I asked one of my kids to empty the dishwasher.  She refused, saying it wasn’t fair, she already had done some other task.  When I insisted, she ran out of the house in a huff.  How does she know what constitutes a “fair” distribution of the workload? It’s a complete mystery to me, a complex algorithm that seems to involve time, unpleasantness of the task (washing dirty dishes involves getting your hands dirty in a way that setting the table doesn’t), and some random fluctuations in the collective unconsciousness or phases of the moon.

The other problem is that as we go through life it becomes increasingly clear NOT to expect things to work out in a way that is fair.  Sure, we protest at an injustice, but how often do we protest at a “bank error in our favor?”  At a gift we didn’t deserve?  I once made some money on some stock options that in a way I didn’t really deserve, because my contributions to my employer didn’t really match up to the amount the options were worth.  I didn’t offer to return the money or anything.  Of course, at the same time, there have been several occasions when I was “screwed” and was NOT rewarded anywhere near in keeping with the valuable contributions I made.  Things just don’t always work out as “fair.”

Here’s my suggestions for making things a little better: instead of worrying about trying to be fair, and treating everyone exactly the way they deserve, let’s all instead go lifnim meshurat hadin, beyond the letter of the law, and treat other people better than they deserve to be treated.

That’s the theory behind Yom Kippur, the Day of Atonement.  We do our best to fix ourselves up, but at the end of the day, we plead with God to have mercy on our souls and to treat us better than we deserve and give us another year on this planet.

Go out and do some random acts of kindness and senseless acts of beauty!