People in America are celebrating the death of Osama bin Laden.

Many in Israel, especially including our Prime Minister, Benjamin Netanyahu, are wringing their hands of the reconciliation between the two leading Palestinian factions, Fatah and Hamas.

I find the celebrations around the death of bin Laden unseemly and in poor taste.  The scenes reminded me too much of those in the Arab world who celebrated when the World Trade Center came down.  As I was reflecting on my reticence to celebrate this evil person’s death (don’t get me wrong, I’m glad he’s dead), I was thinking about how I feel no such reluctance over the celebration, for example at end of World War II.  The difference is, at the end of WW II, the war was over; celebration was called for, not because it was celebrating someone’s death, but it was celebrating victory, celebrating the fact that life was now going to go back to “normal.”

With bin Laden, we have no such victory.  The war against Islamic extremists is far from over (it’s not a “war on terror;” terror is an instrument.  We don’t have a “war on machine guns” or a “war on submarines.”).  And as the prophet Isaiah cautions, ﻿”Do not rejoice, O Philistia, because the rod of him who struck you is broken; for out of the serpents root shall come forth a viper, and his fruit shall be a venomous flying serpent.”  We have no idea what the long term impact will be of getting rid of bin Laden.  But one thing we know: Al Qaeda is not finished.

The most encouraging news I saw regarding the death of Bin Laden was that it was mostly greeted as a good thing in the Arab world (except for Hamas, who praised him as a martyr).

As to the other big news, the reconciliation between Hamas and Fatah, I think my Prime Minister is completely barking up the wrong tree when he says Fatah (the Palestinian Authority) must choose between Hamas and peace with Israel.  It’s totally naive to expect a Palestinian leader NOT to move ahead with reconciliation.  Besides, in the past, we told them it was necessary: first we complain we can’t make peace with them because they don’t speak for Gaza, they take steps to correct that, and all of a sudden we can’t make peace with them because they DO speak for Gaza!

I very much agree with the sentiments expressed in an article in today’s Haaretz: “Israel Foreign Ministry views Hamas-Fatah deal differently than Netanyahu.”  The article quotes career diplomats as saying “The Palestinian move is not only a security threat but also a strategic opportunity to create genuine change in the Palestinian context,” the report states. “Such change may serve the long-term interests of Israel.”

Instead of assuming that the reconciliation deal means that the PA is going back to terrorism, why not see it as meaning Hamas is inching their way toward recognizing Israel?  Clearly Israel is justified in taking precautions to make sure that PA money does not end up in the hands of Hamas, a terrorist organization committed to Israel’s destruction.  Money is a powerful motivator.  Most Palestinians, I absolutely believe, are more interested in a decent life than wasting another generation or two pursuing a pointless war against Israel.  With the winds of change blowing through the Arab world, the time is ripe to pressure Hamas to put down their guns and pursue peace.  Lest they too be swept from power along with the other tyrants in the region.

So I guess I’m the “Goldilocks” of political commentators this week: the world looks not too hot, not too cold.  Well, I wouldn’t say it’s “just right” either.  But I don’t see too much cause for either celebration or mourning from this week’s news. 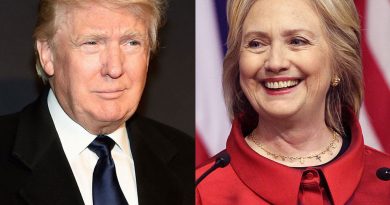