This week’s Torah reading, Korach, starts out with Korach and his band of followers challenging the leadership of Moses, saying “Aren’t we all holy?  Weren’t we all at Sinai? What makes you so special?”

It’s a very troubling story, both for what Korach did — seeking his own glory — and for what God and Moses did, killing the rebels.  Not our people’s finest hour.

One of Korach’s sins was “separating himself from the congregation.”  He wasn’t arguing on behalf of everyone, he was arguing from his own self-interest, and was seeming to set up a separate leadership group to challenge Moses and Aaron.

OK, that’s maybe not the best thing to do, but did it really call for the death penalty?  Why didn’t Moses sit down with Korach and try to negotiate something?  Why didn’t he listen to what Korach’s complaint was, seek to understand if there was something that could be done? Is it really showing good leadership to slay your competition?

Every Shabbat afternoon in our prayers we say a line that always causes me to pause: “who is like Your people Israel, one nation in the land.”  Halavei (if only…) we were really one nation.  The notion of “c’lal Yisrael,” the “Jewish collective,” all of “Israel” is given a lot of lip service and no reality.

I hate to sound like I’m bragging about my own pluralism in what follows, but there are teachings that say if you are doing something right, you should let other people know instead of doing it in silence.  Setting a good example can inspire others to follow.  So here’s my good example for religious pluralism: I belong to three different kinds of synagogues, Orthodox, Conservative, and Renewal.  As a rabbi ordained by an institution of the Conservative Movement that is my “main” affiliation, but I pray in Orthodox synagogues and I pray in Reform synagogues.

I will admit that when I pray in a Reform synagogue I often make some mental adjustments to the prayers because I don’t agree with the extensive editing that is done by the Reform and Reconstructionist prayer books.

And I don’t always agree with their halachic decisions; for example, last week I spent the weekend with a congregation on the north coast of California, served by a Reform rabbi that uses the Reconstructionist prayer book.  Early in the service, they did not have a minyan, but the rabbi said she follows a teaching to count the trees.  OK, I personally don’t count trees.  I was wondering what I would do if there was no minyan when we got to mourner’s kaddish; I decided I would not say it, and if asked would respectfully say “it’s not my custom to count trees.”  Fortunately, we made a minyan so it wasn’t a problem.

But my attitude reflects the attitude I wish we all could have: “liberal” Jews serious and knowledgeable enough, and tolerant enough, to pray in an Orthodox synagogue.  And Orthodox Jews respectful enough of other people’s customs to join them in prayer, even if they have to make a few “adjustments” to feel they are fulfilling their halachic obligations.

We are taught that when visiting another community you should follow “minhag hamakom,” the custom of the place.  In other words, when in Rome, do like the Romans.  So another small pet peeve I have is when going to Orthodox shuls here in Israel, there will be Sephardim who insist on saying the Sephardic version of kaddish even if they are in an Ashkenazi shul, and vice versa.  Why can’t we all just follow “minhag hamakom,” and say the version that is customary in the shul you are visiting?

Pluralism does not mean we all have to be the same; but it does mean we respect other people’s customs.  As the Talmud says regarding the arguments of Hillel and Shammai, “eilu v’eilu divrei Elohim chaim,” these and those are the words of the Living God. 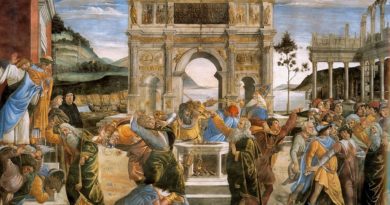