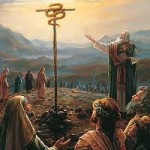 ﻿He (King Hezekiah) removed the high places…and broke in pieces the bronze serpent that Moses had made, for in those days the people of Israel burned incense to it.  …Kings II 18:4

When does a good thing become bad?

Moses made a bronze serpent, which stopped a plague of venomous snakes and saved a lot of lives.  Generations later, Hezekiah found the people were worshiping the bronze snake instead of God, so he destroyed it.

How could Hezekiah destroy something that had been created by Moses and had saved lives?

The Ben Ish Chai points out a contradiction: the Bible tells us that both Asa and Jehoshaphat had eliminated idols from the land.  How could the “idol” of this snake have been left undestroyed?

He resolves the contradiction by saying that the bronze serpent had the power of both good and bad: it could indeed heal, but it could also be used as an object of idol worship.  In the days of Asa and Jehoshaphat there were still enough people using it for good to outnumber the people who had been led astray by it.  By the time of Hezekiah, it come to be more of a focus of idol worship, the bad far outweighed the good, so he destroyed the bronze serpent.  And the Talmud tells us this is one the acts of Hezekiah that the sages (the later rabbis) approved of.

Somewhere along the line something that had been created for good — to heal people — became something bad, an object of idol worship.  What was once a lifesaver because a spiritual life destroyer.

We can see similar things in our world.  Did nuclear power start out as a good thing, a cheap source of energy, which in the wake of the Japanese earthquake and tsunami has come to be seen as a bad thing, too dangerous?  Clearly the German government thinks so as they have announced they will shut all their nuclear plants by 2020.

How about nuclear weapons? I would say all the more so…they never were a “good thing” for the world.  All the more so are they dangerous now when they can fall into the hands of terrorist groups or rogue regimes.

How about in your personal life?  Is there something that started out good for you, but has turned into an obsession that is harming your life?  Perhaps you need to act like King Hezekiah, and get rid of the formerly good thing.

Our great challenge is knowing where to draw the line.  It’s not always clear.  In the days of Asa and Jehoshaphat, they decided that the bronze serpent was still more good than bad; by the times of Hezekiah that equation had changed.  How was Hezekiah able to tell that the time had come for his radical action? 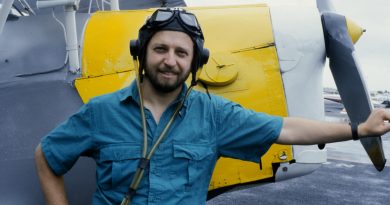