Your actions have cosmic significance.

God not only cares about what you do, your actions have an influence in the heavenly realms.

In this week’s Torah portion we read, “If a man vows a vow to the Lord, or swears an oath to bind his soul with a bond; he shall not break his word, he shall do according to all that proceeds out of his mouth.”

Regarding this verse the Ben Ish Chai commented “it is known that with every utterance of a mitzvah, a good angel is created on high.”

It occurred to me that nowadays there might be some people who are NOT aware that doing mitzvot creates angels. But this is an important concept.

The Bartenura explains that the “advocate” is an angel who says good things about you.

What does it mean to say that doing a mitzvah creates an angel who says good things about you? If you light Shabbat candles do you create a cute creature wearing shrouds, with wings, a halo, and a harp that is going to sing your praises before God?

Not exactly. The kabbahlists understand the angels we create in a way that is more complex, powerful, and metaphorical.

For the kabbahlists, angels serve as a kind of bridge between our lower physical world, and the upper realms within God. They come in an infinite variety and convey our feelings, words, deeds to God; and God sends angels to us. The word we use in Hebrew for angel literally means messenger. Messages to and from God are born by angels.

But the essential concept is that when we do a mitzvah we create something we call an “angel” that has a life of its own, separate from the person who did the act. And similarly if we do something bad, we create a “demon,” an accuser, negative energy that also takes on a life of its own.

In the kabbahlistic view, if we do bad things, the negative forces we create – the demons – block the flow of goodness coming from God. And when we do good things, the angels we create free those clogs, and allow God’s beneficent energy to flow more freely. In other words, the things we do impact not only us, but they impact God, or at least impact God’s presence in our world.

You can think of the “angels” we create as the bridge between the action you did and the impact it has elsewhere. You never know how even a brief and seemingly insignificant interaction can have a powerful influence. Yelling at your child at the wrong time could conceivably create a demon that torments your child and leads to years of therapy. A kind word at the right moment can create an angel that saves a life.

Rabbi David Hartman once said that he has been criticized for taking Rambam’s ideas in directions Rambam himself never would have taken them. R. Hartman said, “Too bad for Rambam! Once he put his ideas out there, he no longer has any control of them, and I can do with them what I want.” The ideas in a book in that sense also become angels, with a life of their own, a force of their own, no longer controlled by the person or act that created it.

In the Jewish tradition, words are powerful things. The world was created through speech. Hence the Ben Ish Chai’s comment on the verse from this week’s Torah portion: when you make a vow you create an angel, even if you have not fulfilled the vow.

But the Ben Ish Chai points out until you fulfill the vow, the angel is not completed; it’s a like a baby in the womb, fully formed, but not yet really in the world. But I would suggest more than that: when you make a vow, if you do not fulfill it on time, you have created a demon, an accuser. You have sinned by not doing what comes out of your mouth.

This is why it is important to take the things you say seriously. It is why the sages say it is better not to make any vows at all. But if you promise to do something – for example, to take your kids out for ice cream, or your wife on a cruise – you need to do it. Obviously if you don’t, you are worse off than if you had never said anything. You will have created an “accuser” that will create negative energy.

And not only do the things we say and do have significance: even the things we do not say have significance. We also learn in this week’s parsha that when a young woman makes a vow, if her father keeps quiet, his silence is construed as consent, and the vow stands. Maybe this is the source for the Latin saying qui tacet consentit, silence implies consent.
In the United States, the President normally either signs or vetoes bills that come before him from Congress. However, if he does nothing, his silence implies consent, and the bill becomes law.

The things you do – and say, and refrain from saying – have an impact not only on you, but on the world around you, and even on God. May all your angels be good ones! 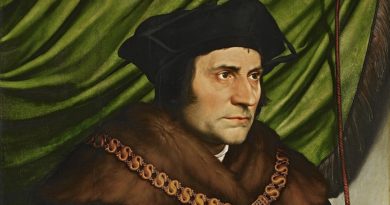