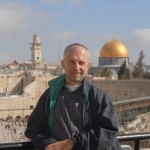 Once again, the fast of the ninth day of the Hebrew month of Av is upon us.

Once again, we’re fasting not feasting: the Messiah has not yet come.

The world we are in is still broken.  Israel still faces many challenges, from within and without.

We are now in what many call the “Third Jewish Commonwealth,” the third time we have sovereignty in our land.  What happened to the first two?

If, God forbid, the Third Commonwealth were to fall, and Israel as we know it were “wiped off the map,” what would our descendants say were the reasons?

There are those who might attribute it to our failure, once again, to maneuver between nations more powerful than us.  Either because we failed to stop Iran’s nukes — which our Prime Minister would like us to think is the biggest threat facing us — or because we relied too much on the United States.

But what would the future rabbis say?  I predict two things, two things which represent what I believe to be the most fundamental problems our society faces, that threaten our existence much more than Iran’s as yet theoretical nukes.

The opening verse of chapter 14 of Deuteronomy reads “﻿You are the children of the Lord your God; you shall not cut yourselves, nor make any baldness between your eyes for the dead.”  The rabbis in the Talmud (see Yevamot 13b) say “you shall not cut yourselves” means “do not cut yourselves into factions.”  As with many things in the Talmud there is a lengthy debate, in this case regarding the relationship between two possible “factions” Beit Hillel and Beit Shammai.  The opinion that speaks to me most is the one that says they did each follow their own opinions, but they respected the opinions of the other.

That’s something horribly missing in Israel today.  The Haredi (ultra-Orthodox) would like to blame Reform and Conservative Jews for “cutting us into factions” because of our different views of halacha.  But there have always been Jewish people who observed different norms, and for centuries at least there have been Jews who weren’t observant of the commandments but still were Jewish.  Even Rav Kook, the first chief rabbi of Palestine, had nice things to say about the secular Jews who were coming from Eastern Europe to build the land.  Nowadays no one is willing to be tolerant of any one else’s approach.  Everyone has to be the “mitzvah police,” trying to enforce God’s laws, according to their views, on everyone else.  Even the Israeli government goes along with this misguided approach, not allowing Reform or Conservative rabbis to perform legally recognized marriages in Israel, as if by ignoring the problem they can make it go away.  It won’t.  We should have three sections at the Western Wall Plaza, men, women and mixed, so everyone can worship according to their custom and their way without interference from anyone else.  One good thing about the recent “social justice” protests: they have brought together people from across religious and political divides.  No one is happy about the cost of living in Israel.

Regarding “outside” threats, failing to resolve the crisis with the Palestinians is a much greater threat to Israel’s security than Iran.  The status quo is not good for the Palestinians and it’s not good for the Jews. If we fail to resolve the dispute with a two-state solution, the world will cram a “one-state solution” down our throats, and that will be the end of the Zionist dream of a “Jewish and democratic” state, as such a large number of Muslim citizens will require we become just another Western democracy.  The Talmud cautions “tefasta meruba lo tefasta,” grab too much and you grab nothing.  We risk losing the Third Commonwealth because we want to keep more land than is practical for us to keep.

So we have good reason to fast on Tisha b’Av.  Let us hope that our fasting will not be in vain.  Let us hope and pray that fasting will bring all of us greater wisdom and compassion, that it will help us find a way to heal our rifts, both those that are internal to our people, and to heal the sharp division we have with our cousins, the Ishmaelites, also descendants of Abraham, with whom we share this scrap of land we call home, Zion, Yisrael.