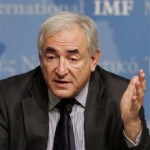 “You must have full and just weights and full and just measures if you are to endure long on the soil that the Lord your God is giving you.” (Deut. 25.15)

Dominique Strauss-Kahn is back home in France.  The former head of the International Monetary Fund and one-time Jewish French Presidential hopeful has returned in disgrace after a very public battle took place over what did or did not happen between him and a chambermaid in a New York hotel.

Despite the fact that the US legal system is based on “innocent until proven guilty,” Strauss-Kahn was surely tried and found guilty in the court of public opinion, even though all charges were eventually dropped.  He lost his job and his political future has taken a beating.

Maybe he did deserve to lose his job; even if the encounter was consensual, as Strauss-Kahn maintains, it’s certainly pretty poor judgment on the part of such a public and powerful person to have an illicit sexual relationship with a hotel worker.  But he did not deserve to be “convicted” of rape when the facts were not yet clear.  We, the public, should have been a little slower to judge.  We should have given him the benefit of the doubt.

And giving others the benefit of the doubt is a concept for which we can find roots in this week’s Torah reading.

One of the many laws in this week’s Torah reading is the requirement to have a “full and just weight.”  Isn’t this redundant?  If your weight is a full measure—if your one pound weight weighs a full pound—isn’t that just?  And what do full and just weights have to do with enduring long?

The Talmud (Bava Batra 88b) explains that it’s not enough to have a full measure.  It’s not enough that your one pound weight weighs a full pound.  If you are shopkeeper measuring out goods to your customers, the Talmud tells us that your one pound weight should weigh a little bit more than a pound.  You are required to give the customer a little something extra.  It’s not enough, God forbid, that you don’t cheat your customers—you have to tilt the scales slightly in the customer’s favor.

This teaching applies not only to shopkeepers.  We all “weigh” other people all the time.  We can’t help making judgments about other people.  We judge their appearance; we judge how they interact with us.  This week’s Torah portion can be applied not just to our business dealings, but also to our interpersonal relationships.  When we “weigh” other people—when we judge their actions—we should go beyond being perfectly fair.  Rather, we should judge people favorably.

There is a beautiful story from the Talmud about the virtues of judging others favorably.

Our Rabbis taught: The one who is dan l’chaf zchut—the one who judges his neighbour in the scale of merit—who gives others the benefit of the doubt—is himself judged favourably. Thus a story is told of a certain man who descended from and went to work for someone in the South for three years. The day before Yom Kippur the worker asked the owner for his pay: “Pay me so I can go and support my wife and children.”  The owner said “I don’t have any money.”  OK, maybe he’s having a little cash flow problem.  So the worker says “Give me produce.”  “I don’t have any” answered the owner.  “Give me land.” — ‘I have none.’ ‘Give me cattle.’ — ‘I have none. ‘Give me pillows and bedding.’ — ‘I have none.’ So he slung his things behind him and went home with a sorrowful heart.  What would you think is going on here?  Would you assume that the owner was messing with you?

We can see that if God judges us favorably, we are likelier to end up in the Book of Life—we will “endure.”  But there is a further connection between the end of the verse, which says we will endure long on the soil God gives us, and judging others favorably.

Judging others favorably is part of a theme that appears in several places in this week’s parsha: that we should be kind and generous.  If you see your neighbor’s animal go astray, you should not hide your eyes: you should take care of the animal, and make an effort to return it.  And not just animals, but any lost object.  We are also commanded in this week’s parsha that if your neighbors ox or donkey fell under its load, you are commanded to stop and help your neighbor get his animal back on its feet.  The equivalent today would be if you saw someone had a flat tire, you should stop and help them fix it.

Amazingly, it appears there is a real, scientific connection between being generous in this way as we are commanded, and “enduring long on the land” as the verse promises.

A study was done a few years ago by Dr. Stephanie Brown of the which showed that people who gave emotional or practical support to relatives, friends, or neighbors, were half as likely to die in a given period as compared with those who gave no support to others.  Her study ran for five years and included 423 married couples, and she corrected for other factors like age, sex, smoking, drinking, exercise, etc.  After considering all the variables, a very strong link was found between being giving—being generous of spirit and deed, as we are commanded in this week’s Torah portion—and longevity.

Take care to dan l’chaf zchut, to judge others favorably, and to help others, and not only will God judge you favorably, but you will be given more time on this earth to do your good work! 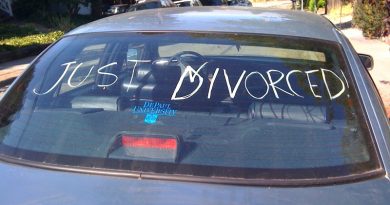 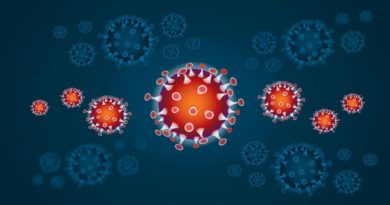 Shabbat Zachor and the Coronavirus