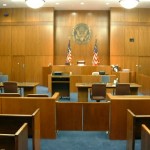 When someone in the USA commits a “Federal offense,” and are convicted of the crime, they are sentenced according to a standard set of Federal Sentencing Guidelines. The guidelines, which are available online, are very complicated. Everything is a “points” system, where there are so many points given for the basic offence the person has been convicted of, and then points are added or subtracted for all sorts of factors including the severity of the harm caused, if there was a violation of public trust, if the accused has accepted responsibility for his actions, etc., etc. Everything is spelled out in great detail.

Federal Sentencing Guidelines have been around for quite a while, since the passage of the 1984 Sentencing Regulations Act. The Act was trying to address the problem of a great disparity in sentences people received for similar crimes. It violates our sense of fairness that the length of a person’s sentence should depend very heavily on who the judge is. The sentencing guidelines attempt to bring some standardization to the process.

Which seems right and fair to us. Everyone should be judged on a similar basis, and similar people with similar circumstances should pay a similar penalty for a similar offense. This would even seem to be in keeping with a Jewish teaching which says mishpat echad yiyeh l’chem, you shall have one form of judgment, not judge different people differently.

The Slonimer says a regular guy is judged on the basis of his actions. If he actually physically committed a sin, he’s held accountable for it. But he says a great man is also held responsible for his THOUGHTS which can be counted as a sin for him. And the hewer of wood and drawer of water, even if they are less intellectually capable, are still held accountable for fulfilling their role – as there is a role for everything, that even a lowly shoe has a particular function to fulfill.

The Slonimer has just tossed the idea of sentencing guidelines for Rosh Hashana right out the window! God will NOT judge you the same way he judges every one else. If you are a greater person, He’s going to have a whole different set of guidelines he uses for you than if you are a person of modest capabilities.

Why? Is that fair? Shouldn’t we all be held to the same standard? What about that idea of “one manner of law?”

Which standard do we get judged to? The standard of excellence? We should all be judged on the basis of how righteous Moses was? None of us would pass. We would all feel like failures.

Use the lowest standard? Compare us all to the lowest level in society? We would all feel like successes – but would we have any motivation to do better?

Why do we go through this annual ritual of self-reflection? Why bother? Why think about our actions and do teshuva, repentance? Why not just say “well, God is going to judge me, let him judge.”

It’s because that would be to entirely miss the point of the process. Our lives are supposed to be a process of continuous improvement. We should be growing, learning, becoming better every year. Biologists say that there is no stasis in living creatures – you are either growing or dying. Business executives say the same thing – if you sit still you are falling behind.

And business in a way is a good model for this process of judgment without uniform sentencing guidelines. In a way The Day of Judgment is ideally more like a performance review than a trial for a capital offense. Most businesses run on what is called “Management by Objectives.” At the start of the year the manager sits down with the employee and they agree on a set of goals. Obviously the “sentencing guidelines” for a vice president are very different than the ones for a data entry clerk. Each has goals appropriate to his or her situation, and rewards or penalties that are also appropriate.

As the end of the year approaches, employees dust off those old objectives and often have a last minute scramble to try and accomplish some of those goals they didn’t get to yet.

Right now we are in that last minute scramble time of year. Last year were there some goals you set for yourself? You were going to learn more, eat healthier, give more charity? Now is the time you can stretch yourself to try and accomplish your goals. You have one more week until The Day of Judgment, which does, of course, sound much more impressive than “The Day of the Performance Review.”

And God even gives us an opportunity to fix up any mistakes we made. All we have to do is teshuva, repentance. God’s forgiveness is there for the asking. Of course if you wronged one of God’s creations—another person—God expects you to fix the damage you did to the other person.

The film “Defending Your Life” provides an interesting metaphor for the process we go through at this time of year. The film’s premise is that after your death both the prosecutor and the defense attorney build their case by showing scenes from your life. We now have less than a week before we go to trial – a week in which you can get some of the bad video clips erased by doing teshuva, and a week in which you can add to the good video clips that the defense can use.

There is one big difference between our performance review next week and a performance review in the business world, or between our court date next week, if you prefer that model, and a court date in this world. And that is who we are standing in front of. Our parsha says:
אַתֶּם נִצָּבִים הַיּוֹם כֻּלְּכֶם לִפְנֵי יְי אֱ-להֵיכֶם
All of you are standing today, before the Lord your God. We are standing in the presence of God. Not a boss we may or may not like, not a judge we are scared of, but our Father in Heaven, our Creator, the one who sustains and keeps us alive. We are so delighted to be in God’s presence that to be in His presence is all the reward we need. The joy we feel at being in God’s presence this holy time of year overwhelms any worries we might have.

Still, just as you wouldn’t want to disappoint your parents after you hadn’t seen them for a while, we make an effort to do our best this time of year, so that our Heavenly Parent will be proud of us.

May God strengthen us in our efforts to return, and may God meet us more than halfway, 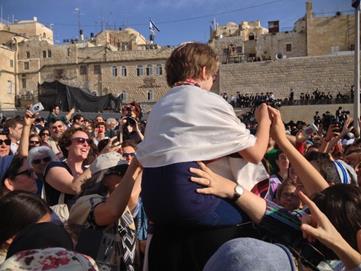