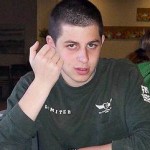 As I write this I am at sea, on my way home to Israel from Egypt (via Rome, which admittedly is the long way, but it’s the route that Herod followed as well).

It is also the holiday of Sukkot, which the Torah tells us, “That your generations may know that I made the people of Israel to dwell in booths, when I brought them out of the land of Egypt; I am the Lord your God.”  Sukkot is a reminder of our departure from Egypt, which of course is the Jewish people’s journey from slavery to freedom.

As we celebrating this holiday that commemorates (among other things) our journey to freedom, we received the news that a deal has been struck to release Gilad Schalit, the Israeli soldier that was kidnapped by Hamas five years ago.

Gilad was 19 when he was captured; he has spent nearly a fourth of his life as a prisoner of Hamas in the Gaza Strip.  Those of you living outside of Israel will have 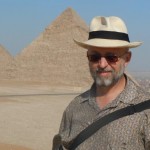 a hard time understanding how critical the capture of this one soldier has been on Israel.  Despite an increase in draft-dodging, the vast majority of Israeli kids serve in the IDF.  Practically every Israeli (excluding Arabs and Haredim) of my generation has a child or children who have either recently served in the IDF, or who will serve in the IDF soon (I have a daughter whose turn is coming in three years). All of us identify with the pain and horror that the Schalit family went through. All of us think about that poor young French-Israeli soldier, see the pictures of his anguished parents holding vigil at their protest tent near the prime minister’s residence, and think “there but for the grace of God…”

What a relief! It appears that his ordeal is nearly over. Today’s paper said he is due to be transferred to Egypt in four days.

I share in that joy; I am happy for the Schalit family.

However, my sadness outweighs my joy.  As much as I appreciate the significance of bringing Gilad home – and the impact it will have on the morale of the nation – I can’t help but be aware that Israel struck a very bad deal, and as important as it was to bring Gilad home, the price was not worth it.

Israel is releasing 1,027 Palestinian prisoners in exchange for this one young soldier.  Among the 1,027 prisoners being released are 315 terrorists serving life sentences.  These are not political prisoners being held for throwing rocks at tanks; these are terrorists, murderers who have killed innocent Israelis.  Among the people being released is one of the Palestinians who was responsible for kidnapping Gilad Schalit in the first place.  Yes, he had to serve some time in an Israeli prison for his crime – but his efforts are being rewarded with the release of an additional 1,026 of his terrorist comrades.  I’m sure he believes it was a well worthwhile deal, and I’m sure he would not hesitate to do the same thing and pay the same price again.

I don’t mind releasing people whose only crimes were political, or violence against property, to get a captive back.  But releasing these 315 dangerous prisoners is virtually certainly going to lead to the deaths of some unknown number of Israelis in the future.  There is no doubt in my mind that most of these guys have not repented during their time in prison.  There is no doubt in my mind that as soon as they are released they are going to go back to plotting ways to kill or capture more Israelis, and there is very little doubt in my mind that at least one or two of them will succeed, and within the next year or two, some innocent Israelis will die because these men were released from prison.

What will we say to the bereaved parents of someone who gets killed by one of these released terrorists?  Your child’s life was not as precious to us as Gilad’s?

There is a movie called “The Box” which is based on the following dilemma: what do you do if you are given a box, which if you open it will reward you with one million dollars, but at the same time it will cause the instant death of some random person.  For me, there is no question whatsoever, and I don’t care how poor you are: such a box not only must not be opened, it must be destroyed at the earliest opportunity.  Would it make a big difference if there was a time delay in the box mechanism, such that the random person doesn’t die immediately, but dies one year later?  I don’t think so.

Yet isn’t that in effect what we have done in this deal for Gilad’s release?  We’ve chosen his life over some unknown other persons’ lives?  Is that proper?  To paraphrase the Talmud, is Gilad’s blood redder than theirs?

Redeeming captives is one of the greatest commandments in Judaism.  We are in fact commanded to redeem captives, and everyone should contribute to redeeming captives.  Yet Rambam, Maimonides, the great 12th century rabbi, says “not at any price.”  He says we are forbidden to pay an unreasonably high price for a captive because it will simply encourage more kidnapping.

If we were on the verge of a peace agreement with the Palestinians I would feel different.  If our struggle with the Palestinians were to end, they would have no more incentive to murder Israelis and we could release these prisoners with a greater feeling of confidence that it will not lead to the loss of more innocent blood.  Sadly, I do not believe we are on the verge of peace.  To the contrary, with the muddled political leadership on both sides of the Israeli-Palestinian conflict I fear we are further away from peace than we were a few years ago.  As such more violence before we have peace is virtually a given.

I would have favored a military commando style operation to try and secure Gilad’s release, similar to the raid at Entebbe.  Yes, that also would have threatened the lives of soldiers, but it is appropriate to risk the lives of soldiers on a combat mission to rescue a captured comrade.  The United States has an explicit policy on this: “The U.S. Government will make no concessions to individuals or groups holding official or private U.S. citizens hostage. The United States will use every appropriate resource to gain the safe return of U.S. citizens who are held hostage. At the same time, it is the U.S. Government policy to deny hostage takers the benefits of ransom, prisoner releases, policy changes, or other acts of concession.”

I will freely admit, without feeling like a hypocrite, that if it were my daughter who had been captured, I would have readily agreed to the trade.  If it were my child, I would have been so desperate to get her back I would have agreed, even knowing that there would be negative consequences to society as a result.  I’m not so altruistic to be able to sacrifice MY child on the altar of the “greater good.”  And that’s the reason why someone who has a personal stake in the situation should not be allowed to vote on the outcome.  It’s the job of parent to get their child back “at any cost.”  It’s the job of the Prime Minister to make the decision that is the right decision for the nation as a whole, not for any one family.  I fear the Prime Minister has given in to the populist sentiment and tremendous public sympathy for the Schalit family, rather than making the rational, but difficult choice that would have been the right decision for the country as a whole.

I am happy and sad at the same time, and pray that peace comes quickly so that no innocent people will die as a result of the release of hundreds of terrorists.

Why did they shoot the mishloach manot?