Seven years ago (!) I wrote the below d’var Torah on people who are opposed to the “two-state solution.”  It is really and truly depressing how little progress we have made in the last seven years.  Sigh.  Hence, this deserves reposting, since no doubt no one remembers it from seven years ago.

And there was strife between the herdsmen of Abram’s cattle and the
herdsmen of Lot’s cattle; and the Canaanite and the Perizzite lived then
in the land. And Abram said to Lot, Let there be no strife, I beg you,
between me and you, and between my herdsmen and your herdsmen; for we are
brothers. Is not the whole land before you? Separate yourself, I beg you,
from me; if you will take the left hand, then I will go to the right; or if
you depart to the right hand, then I will go to the left. …Genesis 13:7-9

Every parent knows that if your children are fighting, you separate them.
You don’t leave them in the same space hitting each other.

The same thing that works for children, works for nations. We, the Jews,
children of Isaac, are fighting with the Palestinian Muslims, who are
children of Isaac’s brother Ishmael. The logical first step is for us to
separate: to each have our own “room,” a Jewish state, and a Palestinian
state. Leave us together, at least for now, and like Abraham and Lot’s
shepherds, or little kids, we will fight.

This idea is called “the two-state solution.” It has been the basis of
all peace negotiations between Israel and the Palestinians for over a
decade. But not everyone agrees with it. There is a lot of foolishness
out there. As King Solomon wrote in Ecclesiastes: “The beginning of the
words of his mouth is foolishness; and the end of his talk is evil
madness.”

Article 11 of the Hamas charter says: “The Islamic Resistance Movement
believes that the land of Palestine has been an Islamic Waqf (religious
endowment, like a mosque or land set aside for religious purposes)
throughout the generations and until the Day of Resurrection, no one can
renounce it or part of it, or abandon it or part of it.

Hamas is opposed to a two-state solution. They believe there should only
be one state in all of Israel and Palestine.

Foolishness is not limited to Palestinians. Many Jews agree with Hamas
that the one state solution is the best way to go.

The philosophy of many Jewish settlers is summed up by the following
statement of Rabbi Daniel Shiloh “It is forbidden to transfer land in the
Land of Israel to the ownership, or sovereignty, of gentiles. This is a
law whose validity no one disputes. Sages have taken far-reaching steps to
fulfill this command; so much so that they have permitted land purchases in
the Land of Israel to be transacted on the Sabbath. This is one of many
examples of the obligation to keep the land in the Land of Israel and
therefore it is absolutely forbidden to carry out an evacuation from the
Land of Israel.” Rabbi Shlomo Goren, former chief rabbi of the IDF said
much the same thing a number of years ago. These rabbis generally base
their rulings on a passage from Bamidbar, the book of Numbers (33:53):
“And you shall dispossess the inhabitants of the land, and live in it; for
I have given you the land to possess it.”

God knows, however, foolishness is not limited to Jews and Arabs. Even
the evangelical Christian preacher Pat Robertson favors a one state
solution. Robertson says that God will be mad at Israel if they give up
Gaza: according to Robertson “God says, ‘I am going to judge you for
carving out the West Bank and these other territories. It’s my land – keep
your hands off of it.” Of course, Robertson also says this is necessary so
that all the Jews will come home to Jesus, so I don’t know that the
extremists in Israel should consider him such a great ally.

The radical settlers and Hamas even agree on tactics: everyone from the
other side has to go. Hamas says “Israel will exist and will continue to
exist until Islam will obliterate it, just as it obliterated others before
it.” The late Rabbi Meir Kahane, who was the head of the radical Jewish
Defense League, said “A total of some 750,000 Jews fled Arab lands since
1948. Surely it is time for Jews, worried over the huge growth of Arabs in
Israel, to consider finishing the exchange of populations that began 35
years ago.”

Not everyone who favors a single state solution favors violence: Naturei
Karta, the Anti-Zionist ultra-Orthodox Jews who spend their time praying
for the coming of the Messiah, favor just dismantling Israel and giving it
all to the Palestinians. There are “Post-Zionists” who favor just making
all the Palestinians citizens and making Israel a secular state, and there
are the Palestinians who would love to simply become citizens of Israel so
that in a generation they can vote Israel out of existence without having
to resort to any violence at all.

There is, right now, a great fear among both moderate Israelis and
moderate Arabs that the two state solution is not going to happen. Israel
is on the brink of a civil war which could result in a two-state solution
of a different sort: two Jewish states, Israel and Judea. Back in 1989,
Kahane said that if the government of Israel were to try and expel
settlers in a peace plan, the settlers should establish their own Jewish
state, to be called Judea, since they believed the Israeli government
would be abandoning them if they turned sovereignty of the land over to
Arabs. This is no longer so far fetched an idea: last week a group of
settler rabbis issued teshuvot, Jewish legal opinions, that soldiers
ordered to evacuate settlements should disobey those orders. In Rabbi
Daniel Shiloh’s teshuvah he wrote “No religiously observant soldier can
participate in an action that gives up a part of the Land of Israel.”
Former Ashkenazi Chief Rabbi Avraham Shapira said in an interview,
“God-fearing policemen and soldiers should make it clear to their
commanders already now that just as they would not fulfill orders to
desecrate the Sabbath and eat non-kosher, they similarly will not uproot
Jews from their homes.”

The government of Israel is considering legal action against these rabbis
for inciting troops to disobey lawful orders. They should do more than
simply “consider.”

The government of Israel itself has said that the two state solution is in
deep freeze. Two weeks ago Prime Minister Ariel Sharon’s bureau chief Dov
Weisglass said that by freezing the peace process, “this whole package
called the Palestinian state, with all that it entails, has been removed
indefinitely from our agenda.”

From the Arab perspective, Weisglass’ statement, combined with the
continued violence against Palestinians and the confiscation of
Palestinian land because of the security fence are sounding the death
knell of the two-state solution. In response to hints by Israel that the
pullout from the Gaza Strip and the northern West Bank could be the final
concession to the Palestinians, Jordanian Foreign Minister Marwan Muasher
said “The two-state solution is in danger of becoming obsolete “as of
today.”

The Jordanians are VERY motivated to see a two state solution. They are
afraid that Meir Kahane’s “exchange of populations” could happen. Muasher
said “The royal (Jordanian) court fears that permanent stagnation of the
Israeli-Palestinian track, combined with the security barrier, would make
life intolerable for West Bank Palestinians. “The only option left to
them would be to leave – to Jordan. We are their only option,” he said.

Such a flood of humanity would disturb the carefully maintained and
sometimes brutally enforced balance between the Beduin and the Palestinian
majority in Jordan.

The radicals on both sides do not want peace negotiations. Hamas says
“[Peace] initiatives, the so-called peaceful solutions, and the
international conferences to resolve the Palestinian problem, are all
contrary to the beliefs of the Islamic Resistance Movement. For renouncing
any part of Palestine means renouncing part of the religion.” Last
November, when a group of leftist Israelis and moderate Palestinians put
together a proposed peace plan , one settler organization published a
halakhic ruling stating that those who signed the Geneva Initiative were
traitors and ought to be put on trial.

Even though I personally disagree with the deal proposed in the Geneva
Initiative, and I think it’s a bad idea, I commend the parties involved
for at least TRYING to make peace.

Israel and the Palestinians are at a crossroads. What is needed is strong
leadership, like that shown by the fictional President Bartlett in this
last week’s episode of West Wing when he brought the Israeli and
Palestinian Prime Ministers to the bargaining table despite everyone’s
objections, most especially including his own staff.

According to a recent OneVoice poll of 40,000 people, 75.6% of Israelis
and 75.8% of Palestinians unconditionally accepted the proposal that
“there will be two viable states: Israel will be the state of the Jewish
people… 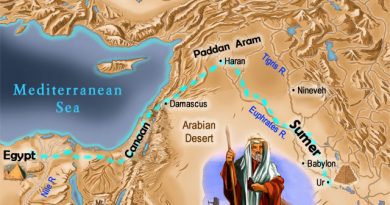