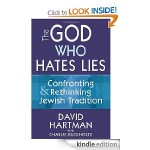 A lot of Jews think halacha (Jewish law) is a dry and boring subject.

I can’t say that I blame them.  Some of the stuff that you can read about in the papers here in Israel would probably strike any normal person as pretty bizarre.  The latest being a rabbi in B’nei Brak who says if you live on the upper floor of an apartment building you can’t turn water on over Shabbat because it will cause a pump somewhere to work.  Or a debate some time back about whether it’s halachically OK to pick your nose on Shabbat.  Even the Conservative Movement, which prides itself on being tuned into modernity, addresses some questions that many “outsiders” might think somewhat arcane, like whether or not you need to immerse your pots and pans in a mikveh before using them.

Personally, I find halacha fascinating – but not for the arcane questions, for the real life questions.  Halacha is the intersection where “what we believe” bumps into “what we do.”  As such, it forces us to clarify our values.  If some values come into conflict, we have to wrestle with them and try and figure out “what does God want us to do?”  The bold decision to authorize the ordination of people who are publicly “out” as gay or lesbian was, in my opinion, one of the Conservative Movement’s finest hours: we listened to the voice of God we hear through the Torah, and we heard the God of love commanding us not to condemn people for a sexual orientation which God planted in them.

But how could we do that?  What’s the theological justification for such a strong break with well-established rabbinic tradition?

Rabbi David Hartman’s most recent book, “The God Who Hates Lies: Confronting and Rethinking Jewish Tradition” provides just such a justification, although he does not address that particular issue.  He provides a theological basis for what would appear to be the Conservative Movement’s mainstream meta-halachic framework.  Which is, of course, a little ironic in a way, since Rabbi Hartman insists that he is still staunchly Modern Orthodox – even though many of his halachic decisions and approaches are much more mainstream to Conservative Judaism.

I realize that not all my readers are rabbis, and some of you may be wondering just what exactly is a “meta-halachic framework” and why should anyone care if one is theologically justified or not.

Within the Orthodox and Conservative camps you will find tremendous diversity in halacha.  At one extreme you will find liberal Conservative rabbis who will say that it is halachically permissible to eat hot dairy meals in restaurants not under rabbinic supervision, that it’s OK to drive to the synagogue on Shabbat, and there’s nothing wrong with a sleeveless dress in the synagogue.  At the other extreme are strict ultra-Orthodox rabbis who wouldn’t eat anything except fruit with a peel that can be removed, like a banana, in a restaurant not watched over by a rabbi; who tear their toilet paper before Shabbat starts; and who believe women need to not only cover their knees, elbows, and collarbones, but that even sitting next to a modestly dressed woman on a public bus is forbidden.

Such a diversity of views is the result of several different factors:

Hartman develops much of his argument based on the changing role of women in society.  Two thousand years ago, women were very nearly completely dependent on men. A woman alone was in a dangerous and difficult place.  So it was not an unreasonable assumption in the legal system that a woman would prefer to be married, to anyone, rather than be alone.

Two thousand years later, that is clearly no longer the case, and it would be reasonable to change our assumptions of what women would prefer.  However, some Orthodox rabbis, like the late great Rabbi Joseph Soloveitchik argued that the definition of women in the Talmud did not reflect a time-bound condition imposed on them by society, but rather reflected an ontological reality about the nature of women.  The rabbis in the Talmud could not possibly be mistaken in their judgment of the “essential nature” of women. Therefore, Hartman writes, “..according to Soloveitchik, if you think you are meeting a modern, independent, self-sufficient single woman, dignified about her capacity to cope with reality, you are mistaken: it is an illusion.  You are not seeing the real woman, the desperately lonely and abject Talmudic woman that lies at the ontological heart of even the most seemingly capable or contented modern single female.”  Hartman describes this as the “infallibility principle,” that there is “divine legitimacy” to everything in the Talmud.

Rabbi Hartman argues this point: “Is the woman we see walking the streets today the woman of the Talmud?  No authority in the world can convince me that she is; no past authority can make it into a reality.”

Up against the “God of rabbinic infallibility,” Hartman puts “the God who hates lies.”  He cites as examples prophets who changed the wording of prayers because they couldn’t honestly say the words – and they could not “ascribe false things to God.”  The Talmud validates their feelings: God does not want lies.

So then this creates the conflict: “The God who loves permanence wants us to deny what we experience, while the God who hates lies wants us to give it credence, to incorporate it into our spiritual and ritual lives.  Which God will we allow to guide our halakhic development—the God of Rabbinic infallibility, or the God who demands that I be truthful?”

The answer for Rabbi Hartman, for me, and for many of my colleagues as Conservative rabbis is the God who demands that I be truthful must trump rabbinic infallibility.  This does not mean we do not respect custom.  The burden of proving the case remains with the one who wishes to change custom.  But if we do not honor the God who hates lies, we are also lying to ourselves.

Rabbi Hartman also has some great advice for Conservative rabbis who typically serve congregations where the vast majority of congregants do not see halacha as a binding system that guides every decision of their lives, but who still want to experience the tradition and learn.   He says “For those seeking an experiential encounter with the Jewish tradition to get a sense of the tradition as it is lived, halakha should be engaged as an open-ended educational framework rather than a binding normative one.”    He also cites trends within the Hassidic tradition that call for interpreting mitzvot (commandments) as “suggestions” or “counsel” about how to experience the presence of God in one’s life.

“The God Who Hates Lies” is an excellent, thoughtful and thought-provoking book, which is well worth reading by anyone interested in reconciling traditional Jewish practice with life in the modern world. 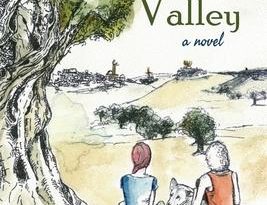 One thought on “The God Who Hates Lies”