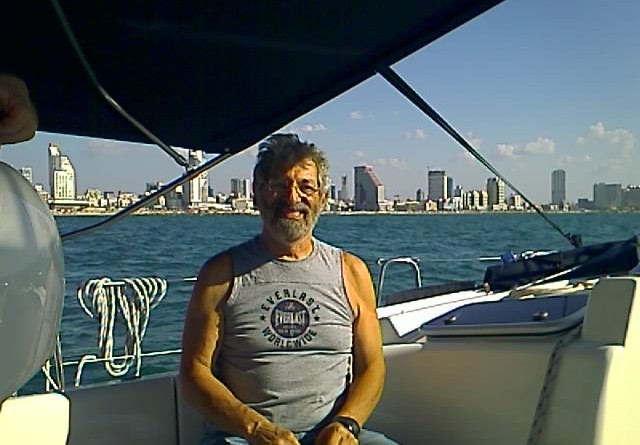 My friend Dr. Marty Lee passed away on Shushan Purim, here in Jerusalem. Given the Jerusalem custom that because of the holiness of the city funeral are always conducted the same day, and it was a holiday and Erev Shabbat, Marty was buried three hours after we met with the Chevre Kadisha (Burial Society) at the hospital.

Marty was a scientist, a businessman, a committed Jew dedicated to Torah study, and a devoted family man. As I was thinking about Marty, it occurred to me that these traits, in many ways, make him like the first Jew, Abraham.

You might be wondering, Abraham a scientist? There are two midrashim I think of which illustrate the point. First, there’s the midrash that says the way Abraham discovered God was to consider that everything has a cause. Abraham sees a burning house, and wonders, “Is it possible there is a house and no one is responsible for it?” God then speaks up and says “I am the owner.” That kind of curiosity about the world – wanting to know how the world works – is a hallmark of the scientist. Marty shared that curiosity about the world and how things work.

The other midrash is the famous one about Abraham and the idols in his father’s idol shop. Dad (aka Terach) leaves Abraham in charge of the idol shop. Abraham smashes up the little idols and leaves a hammer in the hand of the biggest idol. Abraham says the big idol smashed up the little idols. Dad, needless to say, doesn’t buy it, and is furious. Abraham counters, “if the idols can’t even save themselves, why worship them?” That unflinching compulsion to confront the truth, even if it goes against what “everyone knows” is another hallmark of the scientist that Marty shared.

And we know that Abraham was businessman: he negotiated with Ephron to purchase the cave in Hebron where he buried his wife, he was successful enough to have a force of 300 armed men go to battle with him, and he was even willing to negotiate with God, as shown in the episode of Sodom and Gomorrah. Marty was also a successful businessman, but unlike Abraham, he managed to combine his scientific and business interests. Shortly after I made aliyah, Marty took me on a tour of the biotech company he had purchased, Savyon. His pride in the company, and in what they were doing, was evident. I think he really loved being at the intersection of scientific innovation and business. Before he fell ill we spent a fair amount of time talking about various innovative new product ideas he was working on, and it was clear he was as excited by the innovation as he was by the prospect of financial reward.

Now, you might also be wondering how Abraham could be a Torah scholar, considering he lived hundreds of years before the Torah was given to Moses. The Talmud teaches that the forefathers, Abraham, Isaac, and Jacob, all studied a mystical, spiritual version of the Torah in the academy of Shem and Eber. Torah study is how I first came to know Marty, back in 2000. We studied together at Yakar in Jerusalem, and discovered we had a lot of common interests. Abraham is held by some to be one of the original sources of the Jewish mystical tradition: the kabbalistic work Sefer Yetzirah is sometimes attributed to him. Marty also loved the mystical side of Judaism, especially the Chasidic ideal of bringing joy into one’s life. The teachings of Rabbi Shlomo Carlebach were a favorite of his. I first met the contemporary Jewish mystic, Rabbi David Zeller, z”l, at Marty’s Shabbos table.

And his Shabbos table is yet another way in which Marty was like Abraham. It is taught that we learn the commandment of hachnasat orchim, welcoming visitors, from Abraham, because of the beautiful hospitality he showed to the three men who appeared at the door of his tent. Abraham broke off a conversation with God to prepare a feast for his visitors. It is said Abraham’s tent was open on all four sides, so he could see and welcome visitors from any direction. Marty and Chavi’s home was similarly open to visitors. Their Shabbos table always had the most interesting assortment of guests – scientists, businessmen, and Torah scholars, reflecting Marty’s interests, but also just regular people, anyone his shul would send by who needed a place for Shabbat.

And like all immigrants to Israel – especially those of us who choose to come to Israel despite a very comfortable life in the Diaspora – Marty answered the call God made to Abraham: Lech lecha, leave, go out from your nation, your birthplace, your father’s home, and go to a land that I will show you. Judaism was both a spiritual and a physical journey for Marty.

And as Abraham was devoted to his family – to all his children, even Ishmael, despite Sarah’s objections – Marty was devoted to his wife Chavi, and his three daughters, Michelle, Sharon, and Morit. He was very proud of the accomplishments of all of his kids.

Marty also knew how to have fun…it’s a pity he only got to enjoy his sailboat, “Return Again,” for a few months before he fell ill, but he did enjoy it. Marty was in a coma for over four and half years. When he did pass away, I couldn’t help but think of the words to the song that his boat was named after:

After being trapped in a body that wasn’t working for four years, his soul was finally able to return to its source, able to fly free to be born and reborn again. No doubt studying Torah with David Zeller in the heavenly beit midrash.

Marty’s soul chose to leave us on Purim: a happy, joyous holiday, a day, which like Yom Kippur, has the power to atone for sin. I think by leaving on Purim, Marty was sending us a message: don’t grieve over him too much, his soul is finally free. Certainly all of us who were together on that unique day will, every year on Purim, no doubt make a “l’chaim” in Marty’s memory. And I think that’s something that would please him.

May his memory be a blessing to his family and friends.