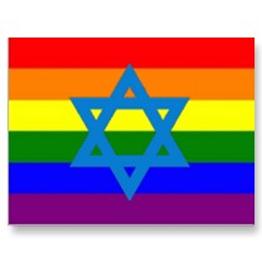 Schechter is the institution that trains rabbis for the Conservative (Masorti) movement in Israel. I serve on the Board of Trustees of said institution, the newest member of the board. Last night we voted to accept gays and lesbians as students in our ordination program. It was an honor to be a part of that vote. Click here to read the article about it in Haaretz.

The initial reaction of many people is “what took you guys so long?” After all, two other Conservative rabbinical schools – the Jewish Theological Seminary in New York and the Ziegler Rabbinical School in Los Angeles – have accepted gay and lesbian students for several years already. The halachic (Jewish legal) decision for the movement was decided by the movement’s law committee a few years ago. The Rabbinical Assembly (the Conservative rabbi’s association) has been accepting openly gay rabbis for quite some time already.

I don’t want to talk about the organizational politics that are a reason for the delay; truth is I don’t know the whole story. But I can say this: in many ways it’s a much bigger deal in Israel than it was in the US.

It was, in fact, a courageous decision. The Conservative Movement (called “Masorti” in Israel, which means “traditional” in Hebrew) has been struggling to be accepted as a mainstream organization in Israel. Has been struggling to be accepted by the “average Israeli” as a valid expression of Judaism. Unlike the US – where Conservative and Reform are both much larger than Orthodox – in Israel Orthodox is far and away the dominant strain of Judaism. Even though 80% of Israeli Jews do NOT describe themselves as “religious” – and the way most of those 80% actually express their Judaism is pretty much the same way most non-Orthodox American Jews express their Judaism – Reform and Conservative are pretty small here. Many Israelis who do not describe themselves as “religious” still celebrate the holidays, have bar mitzvahs for their sons, etc. – but at Orthodox synagogues. Former head of the Masorti Movement, Rabbi Ehud Bandel, once said “most Israelis are Conservative, they just don’t know it.” And he’s right.

Which is what makes Schechter’s decision last night courageous: gays and lesbians are NOT as widely accepted in Israel as in the US. In the US, most Conservative congregations were ready to accept gay and lesbian clergy, and gay and lesbian marriage, long before the movement officially took that stand. In Israel, the situation is different. Our “target audience” – Israelis who are “traditional” but don’t live an Orthodox lifestyle, who believe in secular learning and secular accomplishments, etc., — mostly are not so welcoming to gays and lesbians. So from a marketing standpoint, what we did last night did not help the movement. But from a moral standpoint, we did the right thing, and that’s more important than marketing.

Since some of the professors at Schechter are not comfortable with ordaining gays and lesbians from a halachic standpoint, we came up with a solution that preserves the principle of “halachic pluralism,” meaning different halachic points of view are recognized as valid. I commend the board and staff members who worked this out, I was not part of that process.

No rabbi will be required to be part of the beit din (rabbinic court) that ordains any particular individual. Candidates for ordination will be able to choose their beit din from rabbis serving on a new “rabbinic council” that Schechter will form. Thus, if a particular rabbi does not believe it is halachically proper to ordain gays and lesbians he or she will not be required to be a part of a beit din for such rabbis.

I’m sure there are those people who will be critical of this approach. There are those who will claim that Schechter simply dodged the question by deciding not to ordain rabbis any more at all – after all, the ordination now does not come from the institution, but from an independent beit din, rabbis who may or may not be employees of Schechter. There are those who might say that by allowing rabbis to choose whether or not they want to ordain someone who is gay or lesbian we are providing some sort of institutional permission for prejudice.

I believe those criticisms are ill-founded. First of all, institutions never grant ordination: by Jewish tradition, that is always done from rabbi to rabbi, not by an institution. All the institutions do is prepare people for ordination. And as to allowing rabbis not to serve on batei din they are not comfortable serving on, I believe this is a good compromise. There are many rabbis who are opposed to ordaining gays and lesbians not because of any prejudice whatsoever, but simply because they believe as a matter of halacha it can’t be permitted. There is no need to drive rabbis who hold those opinions out of our movement.

Besides, it’s only a temporary issue anyway. The next generation will likely wonder why there was any controversy about the matter at all. This morning as we were driving my ten-year-old daughter, Devorah, to school we were discussing last night’s vote. I told her we made an important decision, to let gays and lesbians become rabbis. She sounded a little confused as she asked “Why would that be a problem?” Out of the mouths of babes…

And she added, “It’s good that gays and lesbians can become rabbis. They have a different perspective than other people, and it’s good to have more perspectives on the Torah.”

5 thoughts on “Gay and Lesbian Rabbis in Israel”