I’m a grandfather. But I’m not old.

Grandfathers are old. My earliest memories of my grandparents, from when I was probably about five, are of old people. My grandmother would actually have been somewhat younger than I am now…in 1960, when I was 5, she would have been 54. But she was already a little old lady. My grandfather was already retired. They lived half the year in an apartment complex for seniors in Florida, complete with shuffleboard courts. She was a wonderful, kind, loving, Jewish grandmother, but she was definitely old, and did old people things. Mostly feeding her grandkids.

I, on the other hand, am not old. I ran 6 miles on a rugged mountain trail this morning. Day before yesterday I did a 90 minute intense Bikram yoga workout in a room heated to 105F. Two weeks ago I went SCUBA Diving in the Red Sea with one of my daughters. I ride my mountain bike up the hills in the forest by the Jerusalem Zoo once or twice a week. I still ski double black diamond runs, ride motorcycles when I get the chance, and next week have plans to pilot a small plane around the skies of Northern California and go sailing in the San Francisco Bay. I don’t feel old, I don’t act old, hopefully I don’t look too old. I work hard not to allow any “alter kacker” attitudes infect my outlook on life.

Now my Mom, of blessed memory, wasn’t even 50 when she had grandkids, and she still enjoyed over 20 years of hiking, skiing and partying. But she was my Mom, and Moms always seem “old” because you KNOW they are a different generation.

So…lesson #1: You don’t have to be old to be a grandparent! 

Although I’m not using the title “Grandpa.” I’m going with the Hebrew version, Saba. Definitely not the Yiddish version, Zeyde, which just sounds too much like an old man. Another reason I like Saba is that my kids sometimes call me “Abba Sababa” which would be loose Israeli slang for “great Dad.” Saba sounds a little like Abba Sababa.

Once I get past the anxiety over being old enough to be a grandparent, being a grandparent is really a way cool experience. As one of my friends posted on my Facebook wall, being a grandparent is one of the very few things in life that actually IS all that it’s cracked up to be. There’s something very special about holding baby James Elliott Patton in my arms and knowing that there’s a part of me in him. There’s a feeling of having passed something along, something that will continue on into the future, that I didn’t get when I had kids. There’s a much greater sense of continuity, of something enduring, when you have grandkids than when you just have kids.

And the part that’s important isn’t the genetic part – it’s the legacy of values.  Every Friday night Jewish parents bless their children; in addition to the Priestly Blessing, asking God to watch over them, we have special blessings for boys and girls that they should be like certain of our ancestors: that they will have absorbed the values of their ancestors.  I think there are a few key values that I inherited/absorbed from my Mom, and it’s clear I’ve successfully passed them on to my daughter Heather. We’re kind, have common sense, and aren’t afraid of hard work. Now those may seem like a fairly “pedestrian” set of values, but if you think about how many cruel and inconsiderate people there are in the world, how many idiots there are in the world, and how many people who spend more effort trying to figure out how to get out of doing work than actually doing work, you might appreciate that those are actually three not so common and very valuable traits.

There are, of course, a lot of other people who go into making up who James is – parents, three other grandparents, great grandparents, friends, cousins, etc. But there’s something incredibly special about knowing that there is a significant piece of who he is that is at least to a degree a reflection of me, as I’m a reflection of my parents and grandparents, especially my Mom.

As I hold baby James in my arms, I think about the world that he’s coming into, and what the world will be like when he’s my age. He’ll be my age in 2068. What will the world be like then? What kind of technological wonders will we have? Sadly, we’ll probably still have wars, fighting, and poverty as those things seem to be constants for the human condition.
And whatever the world is like 56 years from now, the legacy he has inherited from his Mom, me, my Mom…that he will no doubt absorb with his mother’s milk, and he too will be kind, have common sense, and not be afraid of hard work…those traits will no doubt serve him well with whatever challenges he may have to face in 2068 and beyond. And hopefully they will help him to leave the world a little bit of a better place for his passing through.
I realize this blog post may come across as incredibly narcissistic. But I suspect other grandparents will understand exactly what I’m talking about.

Just because I’m a grandparent doesn’t mean I’m ready for a gold watch and a rocking chair! 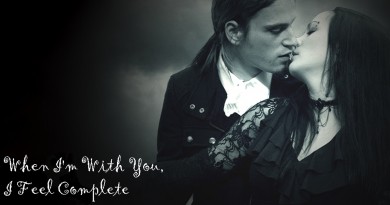 Take a Pill, Fix Your Marriage?

One thought on “Being Saba”