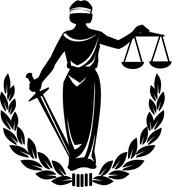 ﻿ Justice, justice shall you pursue, that you may live, and inherit the land which the Lord your God gives you.

The Hertz commentary on the Torah, written in 1936, praises this verse as one of the highest ideals found in the entire Torah – in fact as one of the pillars of civilization, a gift from the Jews to the human race. Hertz says “The duplication of the word ‘justice’ brings out with the greatest possible emphasis the supreme duty of even-handed justice to all.” He quotes Bachya ben Asher: “Justice, whether to your profit or loss, whether in word or in action, to the Jew or non-Jew.” He sums up a lengthy teaching on justice with, “The pure administration of justice is thus one of the conditions of Israel’s existence as a nation. Our teachers, from the first of them to the last, brand the perversion of the course of justice as the most alarming sign of national decay.”

Our right to live in the land of Israel – our right to “inherit the land which the Lord your God gives you” – depends on our vigorous pursuit of justice.

Our – Israel’s – failure to live up to the high ideals of this verse is the greatest existential threat to the state of Israel. Contrary to what Prime Minister Netanyahu may want us to believe, the corruption of justice in Israel is actually a greater threat to our endurance on the land than his current favorite bogeyman, Iran.

So let’s look at two questions: 1) how bad off is justice in Israel; and 2) why should the lack of justice be an existential threat?

Many people point out that compared to the countries around us, Israel is far more just. As I’ve said before, it’s not good enough to be better than Syria. Or Saudi Arabia. If nations were ranked from the most just – which would include primarily the Western democracies, with liberals and Conservatives arguing whether Scandinavia is more just than America or not – to the least just, such as Syria, murdering its own citizens, or Saudi Arabia, where women can’t drive and adulterers are stoned – Israel is no doubt in the bottom half.

The biggest injustices in Israel today are in the arenas of civil rights and the treatment of Palestinians living in the West Bank.

This is just a small sample of the injustices in Israel today. And these are only a sampling of government sponsored and sanctioned injustices. There are also very many “private” injustices, like the rampant discrimination against non-Jews in the high-tech sector.

How are these injustices an existential threat?

The civil rights injustices are a threat in two ways:

The Occupation of the West Bank (and yes, I still call it an Occupation despite the Levy Commission’s white-wash) is a threat as well:

The Third Jewish Commonwealth will not endure long in the face of a billion Muslims if we lose legitimacy in the eyes of the West, and lose their political, financial, and military support.

But more than the “enlightened self-interest” argument – these injustices must be stopped because they are contrary to the teachings of the Torah. Our mission to the world is to be a shining beacon of righteousness: to be a light to the nations. We are dismal failures. We are not only failing to set a good example, we are well behind most Western democracies in civil rights, and we’re the only ostensibly Western democracy ruling over millions of people who are not our citizens.

If the religious people in this country were truly as concerned with building a just society as they are with only eating mehadrin meat we could make great progress in this country.

How can people who study the Talmud – and know the story about how the Temple was destroyed because of gratuitous hatred – act in such unjust and hateful ways?

It is the month of Elul…the month before the High Holy Days, the month when we are instructed to engage in cheshbon hanefesh, an accounting of the soul. No one person can solve all these problems…but it is incumbent on each of us to do what we can to make things better. Go to demonstrations, go to Women of the Wall, donate to organizations that support a more just society such as Rabbis for Human Rights, B’tselem, Hidush.

I Shall Not Hate

Thou shalt not murder