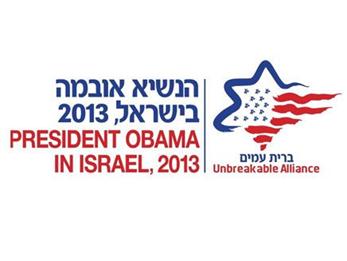 US President Barack Obama is here in Israel. Expectations for the visit here are extraordinarily low. The sense is that Obama is here to play tourist and build up his “I suppose Israel” bona fides to earn some political capital back at home. No one expects much of anything significant to come out of this visit.

Past presidential visits to Israel have been much more significant. Jimmy Carter visited in 1979 and helped push through the peace agreement with Egypt. Bill Clinton visited an unprecedented four times during his time as president in an ill-fated attempt to broker peace between Israel and the Palestinians.

Why are expectations so low this time?

There are reasons on the American side and reasons on the Israeli side. On the American side, It would appear that Obama is not willing to spend a lot of effort on the seemingly impossible, Sisyphean task of trying to broker peace in the Middle East. As Thomas Friedman pointed out in his piece “Mr. Obama Goes to Israel,” with massive discoveries of oil (and improved technology for extracting oil) America is no longer dependent on Middle East oil. America can afford to say, “it’s a mess over there, let them sort it out.” And even if the Middle East still has some significance, what’s happening in places like Syria and Egypt is more important than resolving the decades old dispute between Israel and Palestine. 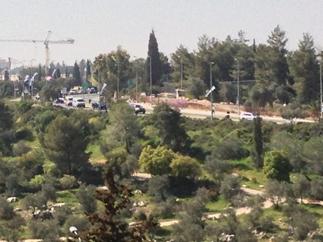 On the Israeli side we have a new government which is likely to be the most “anti-peace” government in recent memory. Netanyahu has been bullied by the new kids on the political block, Naftali Bennett and Yair Lapid. Bennett is the leader of the “settler” party, Habayit Hayehudi. Of all the parties of any significance on the Israeli political scene, they are the one most clearly aligned with the settler movement, and therefore least likely to be willing to make necessary compromises on issues such as borders to achieve peace with the Palestinians. This government might make some progress on “progressive” issues such as forcing the haredim to serve in the military and allowing greater freedom of religion for Jews
(breaking the ultra-Orthodox monopoly on Jewish life in Israel). But peace? Not high on this government’s agenda.

So, rest of the world, take pity on us poor Jerusalemites. We have to put up with three days of disruption to our lives – frequent street closures, lengthy delays, etc. – and there won’t be anything to show for it.

I hope I’m wrong. I hope Obama gives a barn-burner of a speech at the Convention Center, one that rivals his famous Cairo speech in significance. A speech that will inspire people, as only Obama can. I hope he comes pushing an aggressive agenda on both Israel and Palestine to get us to sit down and negotiate a real agreement and end this crazy occupation of over 40 years. It would be an excellent time: just before Passover we can use the reminder that we should not be acting as Pharaoh toward the Palestinians. But it probably won’t happen. What we’re mostly likely to see until the next elections is more of the same.

Which is really a pity…

One thought on “Obama’s Israel Visit”