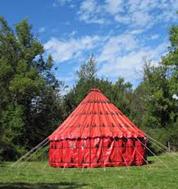 The rituals surrounding taharat mishpacha, “family purity,” are some of the more difficult laws for many modern liberal Jews to understand.

This week’s Torah portion contains the basis of many of these rules.

Leviticus 15:19 is a challenge for the contemporary reader: “And if a woman has a discharge, and the discharge of her flesh is blood, she shall be put apart seven days; and whoever touches her shall be unclean until the evening.” Subsequent verses, which inform us that things the menstruating woman touches become “unclean” as well, only make the whole concept even harder to relate to.

Some people think these passages should be irrelevant today because they no doubt stem from some form of primitive revulsion from blood or something. That’s not exactly accurate – the Torah also says men become unclean from flows from their sexual organ, including semen. So why don’t men have to go to the mikveh after every time they have a seminal emission of some sort? Sort of a long story for another day perhaps…

There are many “folk tales” on the subject that are completely inaccurate. For example that women shouldn’t touch a Torah scroll because if they are menstruating they could somehow render the Torah “unclean.” The rabbis of the Talmud are very clear that the Torah is not mekabel tumah, it cannot be rendered “impure,” hence there is no such issue.

Traditionally, Jewish women don’t have relations with their husbands during their periods, or for an additional seven “clean” days after. Which means only half the month is available for relations. However, there are interpretations of the relevant laws that do away with the seven “clean days” as irrelevant to us today. The additional days were adopted as a stringency, and they were really only relevant in the days of the Temple when people would go to the Temple to bring sacrifices. Rabbi Susan Grossman wrote a teshuvah, “Mikveh and the Sanctity of Being Created Human,” which you can read here, that proposes a reconceptualization of the practices of “family purity” – away from pure/impure, and towards an idea of the time of separation and the renewal of sexual relations as a vehicle for bringing holiness into the marriage. Her teshuvah has a lovely passage on the power of mikveh:

The Mikveh has been referred to as kissing waters, for it contains fresh water (often rain water) that is specially collected in a way that ﬂows into the mikveh and then “kisses,” through a small hole in the wall, water that is more conventionally piped in. For thousands of years, men and women have found in the warm waters of the Jewish ritual bath, the mikveh, a profound and transformational experience. Converts were (and continue to be) reborn as Jews through its waters. Hasidic Masters conversed with God while standing chest deep in its watery shadows. Thousands of generations of women washed away the unrealized potential for life as they began again the miraculous cycle that makes women partners with God in creation.

There is a natural, spring-fed mikveh in the hills outside Jerusalem that is on the usual mountain bike ride I do on a regular basis. A few times a year – especially before the High Holidays – I make it a point to immerse myself in the mikveh, as a spiritual practice. There’s no blessing for men to say when they do such an immersion – it’s not a commandment being fulfilled – but with the right intention, it can indeed be a very spiritual experience.

I like this approach to Torah and halakhah – honoring ancient customs and Biblical precepts, but finding ways to contextualize the practice and make it more meaningful for contemporary Jews. In every generation we receive the same Torah our ancestors did, but we have to somehow make it our own. 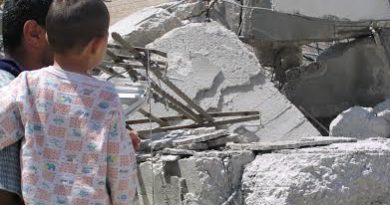