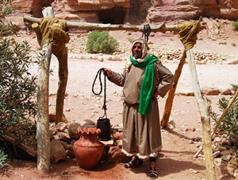 Isaac dug anew the wells which had been dug in the days of his father Abraham and which the Philistines had stopped up after Abraham’s death; and he gave them the same names that his father had given them. …Genesis 26:18

Usually when I write a d’var Torah I pick something from the parsha that resonates with me. Today I’m doing the opposite – something that did NOT resonate with me, but that started a chain of thought…

In this week’s parsha we are told that Isaac came and dug anew the wells that his father had dug – even giving them the same names. The Etz Chayim commentary says “Isaac’s pilgrimage is a familiar one to many middle-aged men and women who find themselves coming more and more to resemble their parents in appearance and behavior as the mature and coming to understand why their parents did some of the things they did.”

Despite being well into middle age, that really did NOT resonate with me. I’m not at all digging the same wells my parents did. I’m digging different wells, in different places, with different kinds of people.

I thought about the forefathers of Judaism, Abraham, Isaac, and Jacob, and decided that the life journey that most resonated with me was Jacob. I used to think Abraham –after all, my bar mitzvah parsha is Lech Lecha, when God tells Abraham to go, and I also left my homeland for a spiritual journey that led to Israel, but I realized there’s a difference. Abraham had a very close relationship with God. It was God who told him to go. God was with him on his journey. God visits him after his circumcision. He’s intimate enough with God to seriously argue with God. I’d love to be, but I can’t really claim to be that intimate with God.

Isaac, as mentioned above, largely redigs the wells of his father. Several things in his life are repeats of what Abraham went through, including going to Abimelech, king of the Philistines, and passing his wife off as his sister. I suppose Isaac did understand what was going through Abraham’s head when he did that – I still don’t.

Jacob, though, goes his own way. He leaves home to find his fortune and a wife. He comes back home and instead of returning to his parents’ place he finds his own place, his own way, founds a dynasty with 12 sons. He catches glimpses of God – in a dream. He wrestles with God, which is not the same as arguing with God. And that really seems to have been more the arc of my life. I’ve gone my own way, done my own thing, get the occasional tantalizing glimpse of God, and certainly have done my share of “God-wrestling,” struggling to figure out my personal theology, and sometimes share the results of those struggles with others.

Over a decade ago, when I was a rabbinical student, I was at the shul I went to before rab school, Congregation Beth Jacob in Redwood City, for this parsha. The rabbi, Nat Ezray, and I had a debate about Isaac. I took the side of the prosecution; “what did Isaac really accomplish?” Rabbi Ezray took the defense – Isaac had a necessary and important role. Sometimes you have to consolidate the gains you’ve made. Abraham was wildly radical. You can’t be wildly radical every generation.

I concede the case – Rabbi Ezray was right. There’s a need for all sorts of different models and ways of living. There’s a need for the Isaacs of the world, who will redig the wells of their fathers. Who will build on the accomplishments of earlier generations. I know several rabbis who are the children of rabbis – seems to have become a “family business.” But while those rabbis’ sons (and the ones I’m thinking of are all male) may be redigging the wells of their fathers, they are also contributing new Torah to new communities in new ways. There are similarities and there are differences. A couple of my daughters have expressed an interested in becoming rabbis – nothing would make me prouder to have them redigging those wells someday.

And we also need the Jacobs and Abrahams who are going to break out of the family mold, shake things up, and perhaps nudge us to look at things in a somewhat more radically different way. We each have a mission, a reason we’re here, and sometimes redigging the old wells is just as important a mission as digging new ones. But both are needed.