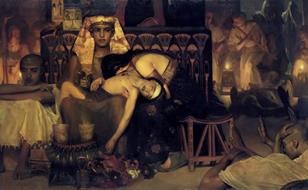 ﻿﻿And Pharaoh rose up in the night, he, and all his servants, and all the Egyptians; and there was a great cry in Egypt; for there was not a house where there was not one dead. And he called for Moses and Aaron by night, and said, Rise up, and get out from among my people, both you and the people of Israel; and go, serve the Lord, as you have said. …Exodus 12:30-31

The story of the Exodus reminds us that it often takes a crisis to serve as a catalyst for change. This week’s parsha tells us the children of Israel lived in Egypt for 430 years. At first things were great – they avoided a famine back home in Canaan. But over time, things got worse. The people were enslaved. But for a long time no one did anything about being enslaved. The people accepted it. God seems to have accepted it, after all, He let the people sit there in slavery. What was what it that precipitated change? That set in motion the chain of events that led to God’s revelation at Mt Sinai, and the real formation of the Jewish people (as opposed to the “tribe of Abraham”)? A crisis. A new pharaoh arose, “who knew not Joseph.” He was scared by the sheer numbers of Jacob’s descendants in his land, and decided he’d better crack down. Show them who’s boss.

Without a crisis, how long would the people have semi-happily remained enslaved? Working their butts off in exchange for the bowls of stew (aka “fleshpots”).

How often does the same thing happen to us? How often do people stay in a job they don’t like, or in a place they don’t like, or put up with a situation that’s unpleasant? It’s certainly happened to me. When I lived in Iran during the Revolution, conditions kept getting worse and worse. We couldn’t go out because it was dangerous, our security officer told us to “keep a low profile” on weekends. There were politically-motivated power outages every night. Gasoline for cars became non-existent. Yet we stayed, until a crisis – the return of Khomeini, riots, and the collapse of the government – pushed us out. And years later, I was feeling burnt out with my job in Silicon Valley, was ready to make a change – had even applied to rabbinical school – but didn’t make a decision to actually go until my boss at my cushy job told me “it wasn’t working out.”

We never hear what happened to the Egyptians after we left. Did they take advantage of the crisis they had gone through? Were they able to shake their dependence on slave labor? Were they able to use the crisis of living through plagues, especially the death of the first born, and the loss of their Hebrew slaves to change and grow?

I am writing this on January 2, 2014. The start of a new secular year. My Facebook feed is full of hopes people have for the New Year. You shouldn’t need a crisis to make the positive changes in your life that you want to make. But if God does hand you a crisis – don’t let it go to waste. 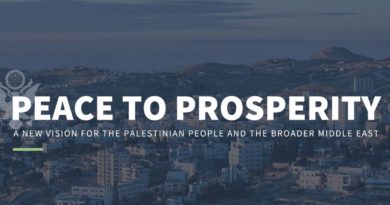