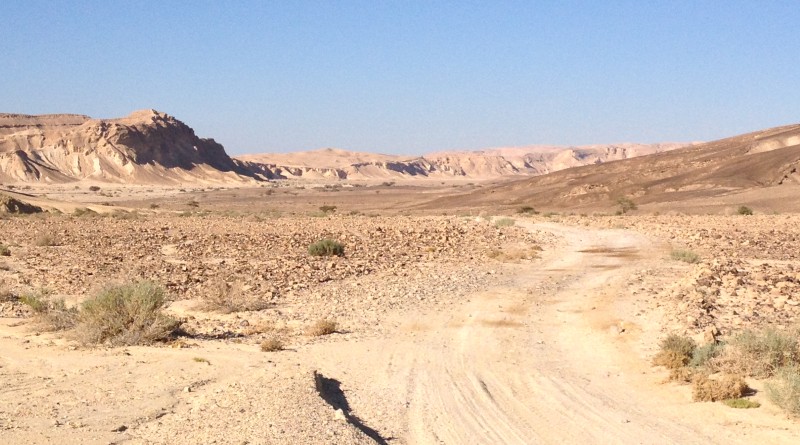 The baby who would have been my second grandchild – Luke Joseph Patton – was born and died more or less simultaneously this morning.

As I was thinking about this short, and in its own way perfect life, I was reminded of something from this week’s Torah reading – the thing I come back to every time I read this parsha.

The Torah says God did not take the children of Israel home through the land of the Philistines (Gaza) “ki karov hu,” because it was close.

The commentators have a field day trying to explain the meaning of the word ki in this context. Is it because? Although? Even though?

But for me, it’s clear that it’s because. Shortcuts would not have served us well. The people of Israel needed the 40 years in the desert to prepare for what was to come. They needed the time to transition from slaves to free people. They needed to develop the skills they would need when confronting new enemies and new challenges. So even though they may have thought they wanted the quick path, God knew better.

Life is that way. People are always seeking shortcuts, but it’s not always to their benefit.

When I was 17 I was in the US Army. I managed to get my bachelor’s degree from a respected institution – the University of the State of the New York – with only getting about 30 of the required 120 semester hours in the conventional way, by sitting in a class. Everything else I tested out of. I got the credential I was looking for. But did I get a real education? Not so much. The tests didn’t prove how much I learned, really. They proved that I was good at taking tests. I had that particular kind of “smarts.” But was reading a book and taking a test a real education? Not so much.

Online tools certainly have a place in education, but I think people who pursue a degree wholly online because it’s a shortcut, a faster/cheaper/easier way to get a credential are doing themselves a disservice. Some of the best friends I have are people I first met in a classroom context – some were my teachers, some were my students, some were my colleagues, other students. I don’t think you’ll get much of that from online classes. You can’t go out for a beer or coffee after class with your virtual classmates.

A six lane interstate is the fastest way to get from point A to point B in a car, but as the Kate Wolff song says, “sometimes let a back road take you home.” In fact, it’s better still to get out of your car altogether once in a while. I very much appreciate the “long road” I’m taking in running/hiking the Israel Trail from Lebanon to Egypt. There certainly are much faster ways to get from one end of Israel to the other than running. But it’s such a different view when you take your time.

What would a lover rather receive? A letter? Or a text message? Would Shakespeare’s sonnets have ever been written in the era of smartphones?

Shortly after microwave ovens started becoming common fixtures in private homes (yes, children, I am that old) a friend quipped that he was going to invent the microwave fireplace: it would allow you to enjoy an evening in front of the fireplace in only eight minutes!

In his wonderful book, This is Real and You Are Completely Unprepared, Rabbi Alan Lew, z”l, shared a story similar to the story of Luke’s – an infant born who lived but a few hours (I appended the whole story he told in the book at the end of this blog post). Rabbi Lew said “This was a perfect life, a life without a brain or any duration to speak of, a life began and ended in a single breath.”

But we also all know that this kind of perfection is not what we seek in life. The meaning in life does not come from the fact that all life has a beginning and an end. It doesn’t come from the dates. It comes from what happens in the middle. We don’t willingly take the kind of shortcut to a perfect life that means not having a life at all.

Life is about the journey. Taking shortcuts is NOT the point. Life IS the “messy stuff in the middle.” The point is to extract as much meaning as possible, as much living as possible, from every moment we are granted on this planet.

One encouraging sign I see in the younger generation, at least here in Israel, is that many young people choose to do a “mechina” year, a preparatory year, before starting their IDF service. Instead of being in a rush to get the obligatory stuff over and done with as quickly as possible so they can get on to “real” life, these 18-year-olds are willing to say “what’s the rush?” and take an extra year of learning, volunteering, and enjoying life. I never would have had such wisdom at that age. I was in too much of a hurry to “be a grown up.”

I think with age we also learn that there are some things that just have to unfold in their own time. You can’t rush them. So you might as well enjoy the journey instead of being impatient about reaching your “goal.” It’s especially apropos I suppose for people my age – who can start seeing retirement on the not so distant horizon. Don’t get so focused on the “goal” of retirement that you forget to live in the meanwhile.

Listen to God’s advice from this week’s parsha – take the long road.

One last thought…during my five years as a congregational rabbi I officiated at a lot of funerals – probably 70 or 80. Yet one of the phrases I recited at each of those graves never felt as fitting as today. “The Lord has given, and the Lord has taken, praised be the name of the Lord.” Sometimes the Lord gives and takes at the same time.

The following is from Rabbi Alan Lew’s book “This is Real and You Are Comletely Unprepared.” I studied Jewish meditation with Rabbi Lew in San Francisco. He died a few years ago, had a heart attack while out running at the age of 64.

One Sunday morning some years ago, I was rushing out the door to the airport on my way to a rabbinical conference, when I received an emergency call from the Board of Rabbis hotline.

A woman, quite distraught, was on the line. She had given birth to a baby boy that morning, but he’d been born without most of his brain, and she had been told he would die that afternoon. She wasn’t married to the boy’s father – he was a Catholic, and a priest had already been called in to perform a baptism. Now the mother and her parents, who were Jewish, wanted something Jewish done.

They were at the University of California San Francisco Medical Center, so I stopped in on my way to the airport. The baby was in the intensive care nursery, a room I had never been in before. It was like a hot house. The temperature was kept at over 90°.

What did they want done? As the woman and her parents spoke, it seemed clear that it was important to them that the baby have a name. According to Jewish law, we do not name a baby until it has been alive for at least a week, but this seemed like a bad time to stand on the fine points of Jewish law. They had already formed a strong bond with this child, and it was important to them that he have an identity, a Jewish identity. They also seemed to want some sort of last rites performed. And so it was that I ended up doing one of the strangest and saddest things I have ever had to do as a Rabbi: saying the blessings for the beginning of life and the end-of-life in one breath – in a single prayer. First I said the prayer for naming a child that is usually part of the brit milah (ritual circumcision), and then I said the final prayer that you say in life – the Vidui, the last confession. I said them as one long prayer.

We named the child Baruch, a blessing. Everyone in the room – the woman, the baby’s Catholic father, both sets of grandparents – everyone had the strange sense about this tragic and radiant child that he was perfect, that this was a brief but perfect life – not perfect in the sense of being the best, not in a comparative sense, but in the sense of being absolutely what it was. This was a perfect life, a life without a brain or any duration to speak of, a life began and ended in a single breath.

The rabbis had an expression – kfitzat haderech, a shortening of the way. It expressed a sense of telescoping a journey, the sense of crossing an impossible distance in a few brief strides. And being in the presence of a life that rushed so precipitously called to mind the terror of my own end. This life was a synopsis of all life; we’re born and we die, and nothing that happens in between is nearly as important as these two fundamental facts of life. And there was something else I felt that day, which I have often felt, before-and-after, but never quite so strongly as that morning in the intensive care nursery at UCSF, and that is that once life is over, it is clear that it has taken up no time or space at all. I often stand with people at the last moment of their life, and I always feel this. Whether they are 8 days old or 89 years, the moment life is gone it is nowhere, neither in time nor in space. In the words of the Psalmist, “the days of human being are like the grass. We flourish as a flower in the field, then a wind passes over and we are gone. No one can even see the place where we were anymore.”