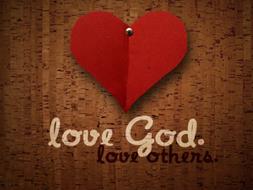 “And he took the Book of the Covenant, and read it in the hearing of the people; and they said, All that the Lord has said will we do, and hear/understand/obey.” …Exodus 24:7

A few years ago, I started my ruminations on this phrase in this week’s parsha with the question “Is it foolish to accept instructions on blind faith?” (you can read that d’var here.)

But when it comes to a relationship with God, the truth is it’s impossible to accept instructions directly from God on blind faith. With the era of prophecy officially over, it appears no one has a direct pipeline to God anymore. Like the old joke, you’re religious if you talk to God; you’re psychotic if God talks to you. But God does talk to us – it just takes a great deal of listening.

Na’aseh v’nishmah – “we will do and we will understand.” Translating this seemingly simple phrase is a little complex. “Shmah” would usually be translated as “hear,” or “listen,” but it can also mean “obey” or “understand,” depending on context. “Hearken” being a somewhat quaint sounding term that captures the combination of hear and obey.

The Talmud tells us that when Israel said this phrase – putting “doing,” or obedience, ahead of hearing or understanding, the angels cried out “who taught them this great secret from on high?”

This is one of those verses I keep coming back to – because I find it so powerful spiritually, and I do accept it. I view it as a way of saying “God’s the boss.” I want to do God’s will.

To say this is an expression of love for God. It’s the normal way of the world to generally want to understand what someone is asking you to do before agreeing to do it. Except if the person asking is someone you love. As Rabbi Shlomo Carlebach pointed out, if someone you love says “Do me a favor?” Your response is “sure.” Not “depends…” So I view na’aseh v’nishmah as a testimony to having that kind of relationship with God – obedience out of love, not out of fear.

As a side note, I was thinking about the “old fashioned” marriage vows Christians used to take – to “love, honor, and obey.” I don’t think many people say that anymore – the idea of women obeying their husbands has largely gone out of fashion. But maybe instead of doing away with the phrase, they should have just turned it around so that the husband would say it too. That both the husband and wife would “obey” each other in that way, out of love.

But when it comes to our relationship with God, how do we know what God wants? In the Jewish tradition, it’s clearly not enough to read the Torah. We have endless examples of ways in which the rabbis have interpreted God’s words in ways that seem very different than the plain meaning of the Torah. As an example, in this week’s Torah portion we have the rule of lex talionis, “an eye for an eye.” The rabbis insist this means monetary compensation, not whacking body parts. We no longer put people to death for violating the Sabbath, and in fact the rabbis in the 2nd Temple period more or less banned capital punishment even for murder, unless an impossible to meet set of requirements were met. We don’t stone rebellious sons, and according to at least one opinion in the Talmud, there never was a rebellious son who was put to death.

The traditional answer to knowing what God wants is to rely on a rabbi. And you’re supposed to go to one rabbi with your halachic questions – you’re not supposed to go to one rabbi you know is lenient on kashrut for what you should eat and another rabbi you know is lenient on rules of Shabbat for what to do on Shabbat. As the Talmud says, you should follow either Hillel or Shammai; anyone who follows the leniencies of Hillel and the leniencies of Shammai is called wicked, and anyone who follows the stringencies of Hillel and the stringencies of Shammai is called a fool.

One of the things I like about Judaism is the idea that for the last 2,000 years or so we have not had intermediaries in our personal relationship with God. Priests no longer make offerings on our behalf – everyone has access to God directly. But if you pick a rabbi to blindly follow, haven’t you just appointed a priest? Haven’t you just selected someone who is going to be the intermediary in your relationship with God? Someone who will figure out what God wants on your behalf?

Those who argue in favor of the traditional approach would say that anything else is “cafeteria Judaism,” choosing what you like. They would also say halacha is so complex, it takes a rabbi to figure it out.

But the truth is, we all pick and choose anyway. By choosing a rabbi you’re picking and choosing, just as a package deal. And dodging the issue of figuring out for yourself what it is that God wants. Besides, outside of the haredi world I don’t think many people simply blindly follow one rabbi anymore anyway.

And ultimately, I don’t think that’s the ideal way to relate to God. A relationship with God is not ONLY a relationship with a book. It should be a relationship with God directly – there needs to be a connection of the heart, not just the mind. As an example, there are some haredim who if something bad happens to a child will say “check your mezuzahs” because of a passage in the Talmud. My heart rejects that absolutely. Any God who would let a child suffer because there was an error in a piece of paper hanging by my front door is a God I wouldn’t want to have anything to do with.

And I take the same approach to “halachic quandaries.” For example, the Conservative Movement has a teshuvah (Jewish legal opinion) on driving to the synagogue on Shabbat that says it’s OK. On a technical level, I find that teshuvah highly flawed. I don’t think it works. I choose to live within walking distance of my synagogue (easy to do living in Jerusalem), and I never drive to a synagogue here, because I believe it’s an important value to get out of our cars one day a week, and I do believe as a technical matter that halachically it’s forbidden to drive on Shabbat. Up until last year I never would have gotten in a car on Shabbat for anything other than a medical emergency, but I’ve relaxed that a little. For example, on a trip to the States I was speaking at synagogue on Shabbat that was several miles from where I was staying and the weather was really cold. I decided it was more in keeping with the principle that Shabbat should be a joy, not a burden, to accept a ride in a car. Another time I was 10 miles away from the nearest synagogue, and even though I’m perfectly capable of praying on my own, my need to be with community that day was greater, so I drove to shul. But it’s not because I changed my mind and bought into the logic of the teshuvah that I felt was flawed – it’s because I listened to my heart and there were values that were more important to me than blindly following the “traditional” answer. I didn’t think God particularly wanted me to either freeze my butt off, or not be in community on the Sabbath.

I realize that in the Conservative Movement – especially among those who take halacha seriously – my attitude would border on heresy. It would feed fuel to those who argue the Conservative Movement is not a “halachic movement.” I don’t think it’s nearly as important to be a halachic movement as it is to be an authentic movement. Rabbis should help people connect with God. That’s more important than being the guardians at the gate policing the observance of the commandments.

I still believe in na’aseh v’nishmah – but figuring out what God wants in any particular situation is not something you can look up in a book. You have to listen closely. And obey out of love, but also realize the one doing the commanding loves you too.