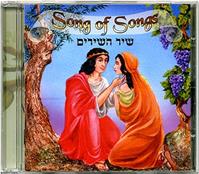 Every year at our seders we explore the concept of freedom. What is it? Who’s free and who’s not? Is it about being free from Pharaoh, or being free to serve God? Is it individual freedom or collective freedom? What are we personally enslaved by?

But there are other themes associated with the holiday. Over the last week or so I’ve been studying some teachings from the Slonimer Rebbe on the holiday, and there are two additional themes (well, at least two) that merit discussion at the seder table: love and faith.

There are two sides to our relationship with God: yirah, “fear/awe,” and ahava, love. Yom Kippur, the Day of Atonement, is the holiday of yirah. It’s the day when we are in awe of God’s power and sit in fear of God’s judgment. Six months later, however, is Passover, the holiday of ahava. God didn’t redeem us from slavery in Egypt because She judged us and found us worthy – rather it was an act of love, done because even though we weren’t “worthy” – the midrash says of the 50 “gates of impurity” we had plummeted down to the 49th – but rather because of the love for Israel and the covenant with our ancestors.

Spring is the season of love. We see God’s love manifest in the renewal of the world, in the return of life after winter, in the beautiful flowers and gorgeous weather. Next Shabbat in the synagogue we recite the great love poem, Shir Hashirim, the Song of Songs, which we can read simultaneously as about the love between a man and a woman and between God and Israel or God and Creation. Love is greater than fear – that’s why this past Shabbat is called “Shabbat HaGadol,” the Great Sabbath, because the love it draws down to nourish the holiday of Passover is the greatest and most powerful force in existence.

How do we bring the power of love to our feast of freedom? Why is it we even care about the freedom of others? It’s because of love, love the stranger, love your neighbor.

As I mentioned above, the midrash says we had fallen to the 49th gate of impurity – it also says if we had fallen to the 50th, all would have been lost and we would not have been redeemed. And what’s the 50th gate? Emunah, faith. We still had faith. As bad as life had gotten in Egypt – as difficult as slavery was, as harsh as the conditions were, our ancestors somehow managed to retain the faith that someday God would redeem them, and if not them their children.

And in a way never losing that “50th gate” – never losing the faith that there would be better days – is the secret of the survival of the Jewish people. Through the darkest times in our history – the destruction of the Temple, the crushing of the Bar Kochba revolt, the Inquisition and the expulsion from Spain, the pogroms of Tsarist Russia, the horrors of the Holocaust – our people have kept the faith. As Rambam (Maimonides), the great medieval rabbi put it, “though he may tarry I believe with complete faith in the coming of the Messiah.”

In the Jewish calendar, we count months on a different cycle than we count years. Yes, it’s a little confusing. We actually have four new years. By the counting of the months, Passover is the first holiday of the year, because this month, Nisan, is the first month of the year. The New Year, Rosh Hashanah is at the start of the 7th month. Which is like having New Year’s Day on the first of July. But that’s beside the point. Passover, as the first holiday of the year, is the source, the wellspring, of emunah, of faith, for the entire year. The telling of the story of the Exodus from Egypt is intended to firmly implant in us the faith that God will not forget us. God will redeem us. No matter how difficult the times, no matter how dark the hour, we are being told “Have faith. God loves you. Better days are coming.”

There is no limit to faith. Just as God is Ein Sof, without limit or boundary, faith is limitless. That’s why the Talmud tells us that even if all the people at your seder were rabbis who all knew the story of the Exodus in all its details by heart, they still have to tell the story and ask the questions. Everyone can take their faith to a deeper level. The commandment to tell the story of the Exodus is the only commandment I know of where we are explicitly told “all who expand on the commandment [of telling the story] are praiseworthy.”

Faith in the coming of better times – as symbolized by the Messiah – faith in ourselves, faith in God’s loving presence – are all connected to this holiday which is the source of faith that will sustain us throughout the year.

And “faith,” by the way, does not mean “blind faith” or “fundamentalist” faith. A faith that’s open and questioning can be just as deep, if not deeper than a “blind” faith. A Reform or Conservative Jew can have faith every bit as deep as an ultra-Orthodox Jew. Faith is about relationship with God, which can manifest itself in many different ways beyond punctilious observance of the mitzvot or hours spent studying Torah. It can also manifest itself in love for God’s creation and working to take care of other people or to heal environmental and other forms of destruction we have set loose on the planet.

As you share stories of freedom at your seder table tonight, try putting them in the context of love and faith. It adds a new dimension to the concept of “freedom.”

Chag sameach, have a wonderful Passover…

Liberate Yourself This Passover 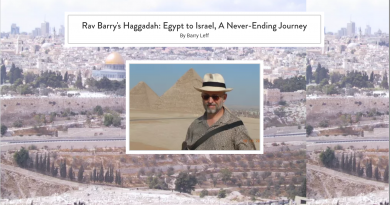 Make Your Own Haggadah

2 thoughts on “Passover: Feast of Love, Feast of Faith”