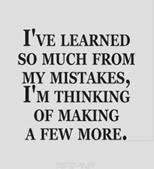 Everyone wants to be happy. America’s Declaration of Independence enshrines the “pursuit of happiness” as a core American value. I’ve written about “The Secret of Happiness” before – my conclusion then being that happiness is a result not a goal. Last week I read an article someone posted on Facebook about happiness: “The Way to Happiness: Remember the Four P’s.” At first I thought the suggestions all sounded reasonable enough. Have Purpose in your life, keep things in Perspective, People, as in friends, are important, and make time to Play.

But as I thought about the topic some more, I realized there’s a huge problem with all of these recommendations on how to find happiness, all based on the rapidly growing body of “happiness research.” Actually, I have two problems with the recommendations:

Pursuing happiness is pursuing wind. Being happy because you take a pill to dispel darkness will not leave you feeling content with the life you are living. I’m not saying there is no place for anti-depressants – there certainly is. Some people get so overwhelmed by depression they cannot function. Many scientists believe that clinical depression – as opposed to merely a personality predisposition to melancholy – is caused by chemical imbalances in the brain, so treating them with chemicals can make sense. But research indicates anti-depressants are wildly overprescribed.

We still have a problem. I would change what I said in the above mentioned article about the secret of happiness – instead of saying happiness is result, not a goal, I would saying a feeling of contentment – being able to say “I’ve lived a good life” – is an outcome, a result, and not a goal. Live a good life, and you’ll feel content. But actively pursuing “contentment” is likely as doomed to failure as actively pursuing “happiness.” The point is, “live a good life – a feeling of contentment will follow.”

First of all, everyone’s idea of a good life will be different. Figure out what’s yours. If you’re living it, great. If not, well, why not? I’m not bragging or anything, but maybe my 58 years on the planet has given me a little bit of wisdom. I feel reasonably content. If I got hit by a car tomorrow, God forbid, I’d be able to take leave of the world saying “it was a good life.” So here’s what has worked for me.

So there you have it. My ideas for what goes into making a “good life.” Now go make your own guide, live you own good life, and let me know what you come up with. We can compare notes! J