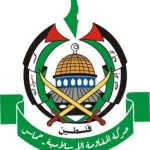 Any regular reader of this blog knows that I am an ardent critic of the Israeli government.  The continued building of new settlements only serves to weaken the chances for a two-state solution.  The ongoing occupation of the West Bank is immoral.  There is no way to justify leaving millions of Palestinians living under foreign military rule.  Either annex the land and make them full citizens of Israel or let them have their own country.  Keeping the land while denying the people basic human rights is flat out wrong.

I even admit the IDF is not perfect.  They make errors.  They make questionable targeting decisions.  In some cases they may not be taking sufficient care to avoid civilian deaths.

But none of that obscures a fundamental fact that at the moment seems lost on many people in the rest of the world, and to my dismay even to some Arab friends who I know are fundamentally good people.  And that fundamental fact is that Hamas is a terrorist organization, and the IDF is not.

Hamas intentionally targets civilians. Hamas’s goal is an Islamic state in all of Palestine.  They hope that terrorism will scare the Jews into leaving.
The IDF takes steps to minimize civilian casualties, but Hamas’s policy of using Palestinians as human shields mean many excessive Palestinian deaths.

Hamas wants to kill as many Israelis as possible.
The IDF holds an investigation if civilians seem to have been killed unnecessarily.

Egypt proposed a ceasefire before Israel launched the ground offensive in Gaza.  Israel accepted the ceasefire; Hamas rejected it.  Since then, 27 Israelis and 130 Palestinians have been killed.  The responsibility for those deaths is clearly in the hands of Hamas.  The proposed ceasefire was even more than just “quiet for quiet.”  It would have met some of Hamas’s demands, and still they chose to fire rockets at Israel instead of accepting the ceasefire.

One of the things Hamas wants is an end to the siege of Gaza.  That’s simply not going to happen for a long time.  Look at how many rockets Hamas has been able to smuggle in to Gaza with the blockade in place; can you imagine what kind of armament they would have without the closure of Gaza? Hamas needs to disavow violence before Gaza’s borders can be truly opened.

After Israel withdrew from Gaza, Hamas had the opportunity to build a nation on that small strip of land.  Instead Hamas destroyed the agricultural infrastructure Israel intentionally left behind, and has focused on building rockets instead of building peace and an economy.  The West Bank has a functioning economy and peace.  Gaza has poverty and a war every two years.  Yes, the occupation is evil, but the PA is fighting it the right way, and Hamas is fighting it the wrong way.

If Israel was, as Turkish Prime Minister Erdogan said “worse than the Nazis” than at least a third of the 1.5 million Palestinians in Gaza would have been murdered by now.  Needless to say the death toll in Gaza has not yet reached 500,000.  The death toll is not even 1% of that number.  Israel would be flattening high-rise apartment buildings with hundreds and hundreds of deaths if they wanted to wipe out Gaza.  None of that has happened.  The IDF is not trying to kill civilians.  If it were the death toll would be far far higher.

I am a peace-lover, and I pray for peace with all my heart, but I am not a pacifist.  The Jewish tradition tells us to be like the disciples of Aaron, “seek peace and pursue it,” but it also tells us “if someone is coming to kill you, rise up and kill them first.”  I pray that Hamas’s leadership will accept a ceasefire, TODAY, so there will be no more deaths from this ceaseless fighting, not Israeli deaths and not Palestinian deaths.  But the ball is in their court.

2 thoughts on “Hamas is a terrorist organization; the IDF is not”