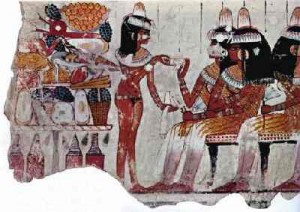 So Joseph died, being a hundred and ten years old. And they embalmed him, and he was put in a coffin in Egypt… Genesis 50:26

I’ve been training to run a marathon. Having recently completed running/hiking the Israel Trail (700 miles) I felt I needed a new challenge. I also figured it was a good way to fight getting old as I’m in my 60th year on the planet. So, not surprisingly, I’m interested in issues related to health and aging.

At Rabbis and Comics this week my wife Lauri pointed out that Joseph, the next to youngest son of Jacob, apparently dies before at least some, if not all, of his older brothers. The Torah doesn’t tell us when the other sons of Jacob died, but the next thing we hear of after the death of Jacob is Joseph telling his brothers, “I die, but God will surely remember you…”

The very last verse in the book of Genesis tells us that Joseph died at the age of 110 – younger than anyone else in the Torah up to this point, and younger than Moses who came after him and lived to 120.

Why did Joseph die before his older brothers? After all, he’s even called “Yosef haTzaddik,” “Joseph the Righteous,” you’d think that would entitle him to a long life.

If you think about it, the answer is pretty obvious – no doubt it was an issue of stress and lifestyle. Joseph is the first example of how a sedentary lifestyle, high-stress job, and poor diet can lead to premature death.

Joseph served in effect as the ruler of Egypt. Pharaoh entrusted all the details to Joseph. At the time, that had to have been one of the most stressful jobs on the planet. When the famine hit, Joseph had to worry about feeding all of Egypt. No doubt he was continually surrounded by people making competing demands on him. Everyone from the royal family to the priests to the other government ministers to common people would be making demands on the poor guy. And of course he had to worry about his family – he was their patron and responsible for their well-being as well. Joseph probably had ulcers from all the stress.

His diet probably did not help his health either.  We have depictions of banquets from ancient Egypt. Given his position in society, Joseph probably ate at one banquet or another almost every night. As described in Wikipedia:

There were usually considerable amounts of alcohol and abundant quantities of foods; there were whole roast oxen, ducks, geese, pigeons, and at times fish. The dishes frequently consisted of stews served with great amounts of bread, fresh vegetables and fruit. For sweets there were cakes baked with dates and sweetened with honey.

Some of the images of ancient Egyptian banquets are a bit “racy,” so we can assume there may also have been risk of exposure to “social diseases.”

As a court official, Joseph presumably had a fairly sedentary life style. He probably spent most of his time in the palace weighing matters of state and engaging in palace politics. He certainly wasn’t doing any manual labor. The Egyptian State Information Service tells us

Ancient Egyptian kings, princes and statesmen were keen on attending sports competitions, which they encouraged and provided with the necessary equipment.

So to the extent Joseph was into sport, it was presumably as a spectator. We don’t have any record of jogging being a popular recreational activity for the ancient Egyptian royal court.

Contrast that to Joseph’s brothers. They were simple shepherds, living in the country. Relatively low stress job, especially in Egypt where they didn’t have to rely on rain so much for food for their sheep. No doubt they had a much healthier diet than Joseph. They probably didn’t have a lot of fancy banquets living out in rural Goshen. And being a shepherd inherently gives you lots of exercise walking around tending your sheep.

So we can see in Joseph the basis for the advice your doctor is giving you today. Want to live a longer healthier life? Reduce your stress level, eat healthy, and get some exercise!

We all know this is true. How many people made New Year’s resolutions on January 1 to do some of those things? May the example of Joseph (example of what not to do) inspire you to live up to those resolutions! 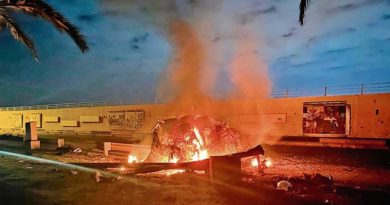