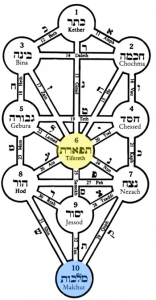 When it comes to compassion, are you a follower or a leader? Do you take initiative when someone needs help, or wait for someone else to take the lead?

In 1964 Kitty Genovese was murdered in New York City. It was widely reported that her neighbors were aware that something was wrong but no one called the police. Even though the facts in the case are disputed, it became the archetype for people being bystanders to a crime and not doing anything – they even call that the “Genovese effect.” It’s especially used relating to diffused responsibility – situations where someone should do something, but there’s no one person responsible.

People who heard Genovese’s screams might have felt some compassion, but none of them took the lead to make a phone call that conceivably could have helped save her life. The Torah commands us not to behave in such a fashion: “You shall not stand idly by the blood of your neighbor.” Also “You shall not turn a blind eye to your poor brother.” When someone is in trouble we can’t wait for someone else to act and only then engage. We must take initiative. We must show leadership in our compassion.