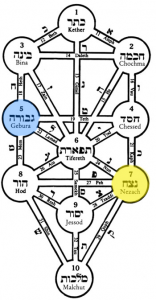 The very same trait that is your greatest weakness can be your greatest strength. With no trait is this perhaps as clear as it is with endurance.

The negative side of endurance, sticking with things, is addiction to harmful substances, or stubbornly clinging to negative behaviors and thoughts. I had an employee once who clung to his alcoholism until it totally destroyed his life; only after he hit rock bottom was he able to start over and rebuild.

The positive side of endurance is being able to stick with positive programs – be they diet, 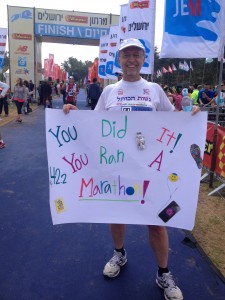 exercise, learning, meditating, volunteering. I’ve been blessed with an abundance of “netzach.” I recently finished my first full marathon, running 42km (26 miles) and a few months before that I completed running/hiking 1,100 km, 700 miles, over a couple of years, the entire Israel Trail. I’ve also been able to stick with demanding intellectual pursuits, such as finishing the seven and a half year long Daf Yomi cycle to study the entire Babylonian Talmud.

If you find yourself tenacious about bad habits the ideal is to figure out a way to transform that negative side of the trait to something positive. Making that shift is not always easy.

When I was a teenager I had some very bad habits. I don’t need to go into exactly what they were, but if I say I was a rebellious teenager in the early 70s you could probably figure it out. I intuitively understood that if I was going to break the bad habits and find good habits I needed some big changes in my life – I especially needed to change the people I was hanging out with, and the only way that was going to happen was with a change in geography. So I joined the US Army. A little radical, but it worked. I left my bad habits behind and found new good habits that I’ve been blessed to be able to stick with for the last forty years.

The Talmud talks about the power of habit – how it builds things that endure. For good or bad – on the bad side, the Talmud teaches that if a person does the same sin twice it becomes permitted to him. Not, God forbid, that a sin literally becomes permitted – but rather it becomes “as if” it were permitted to him, and he’ll just keep doing the same sin over and over. On the positive side, doing something good three times creates a “chazakah,” an assumption that it’s now an ingrained habit/custom that the person will stick with.

Switching the focus of your endurance from negative things to positive things is not necessarily an easy task. Everyone has to find what works for them, whether it’s cultivating new friends, joining a support group, changing what you read, or praying for help and strength. But if you seem stubbornly mired in some negative things, just remember that the stubbornness has the possibility to be your greatest strength as well, if you can figure out how to apply it in the right direction. 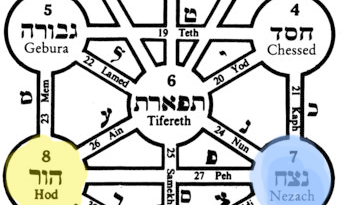