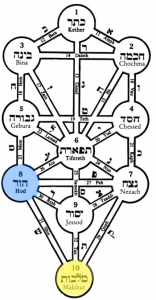 Great leaders are confident, but they are also humble. They are not afraid to admit they don’t know something; they are not afraid to seek counsel. A leader is not chosen because he/she knows everything. There’s a legend that says someone was once criticizing Henry Ford’s lack of formal education. He pointed to a button on his desk and said “you see that button? I press that button and some fella with a PhD comes and answers any question I have.”

Moses is also an example of a leader who was humble. He’s considered the most important leader the Jewish people have ever had – he led us out of Egypt and through 40 years in the desert, to the threshold of the promised land. Yet the tradition says he was also the most humble man who ever lived. He didn’t seek leadership, or glory, or fame (he even asked God to erase him from his book at one point).

When you function as a leader, are you humble enough to admit when you don’t know something? Or do you try to bluff your way through because your ego doesn’t want others to know you don’t have all the answers? You’ll be a more effective leader if you know to rely on others who may know more about particular subjects.

Bechukotai 5763 — If you will walk in my statutes