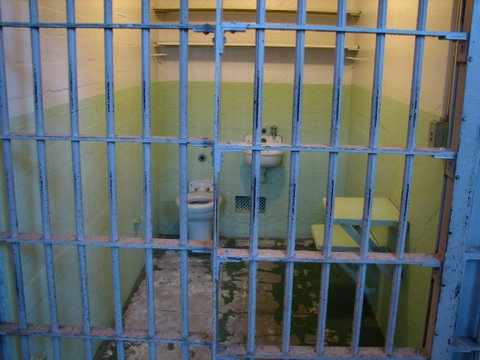 First published on The Jerusalem Post on August 20, 2015. by Rabbi Barry Leff.

It only seems fair that if such a procedure is to be used, it should apply to Jews as well as to Arabs. After all, the Torah says: “There shall be one law for both the citizen and the stranger.”

According to the IDF, administrative detention is used “as a preventive measure against persons posing grave threats to the security of the West Bank or its population, such as persons directly involved in terrorism.”

None of the niceties of judicial process apply to administrative detention.

The IDF issues an order for administrative detention, and the person is in a Kafkaesque hell of bureaucratic detention.

There is no trial. Legally challenging administrative detention is very difficult since the military always claims the reasons for detention are classified, or that to reveal the sources would jeopardize them.

One of the Jews being held in administrative detention, Meir Ettinger, is an inciter to violence. In a manifesto he wrote, he calls for overthrowing the government by “sparking powder kegs.”

He wrote, “The closer we bring the conflict, the better it will be for the people of Israel and the Land of Israel.”

Last week’s Torah portion (Re’eh) would seem to include justification for suspending the normal judicial procedures in a case of incitement. Deuteronomy 13:10 talks about what to do if a family member is trying to incite you to idol worship: “But you shall surely kill him; your hand shall be first upon him to put him to death, and afterward the hand of all the people.”

Rashi cites a teaching from the Talmud on this verse that says that if the court finds him innocent, but new evidence for conviction is found, they bring him back; if he is found guilty, he is not brought back if something that would exonerate him is found. This is the exact opposite of the normal rules! So the Talmud seems to say that incitement is so bad that we can suspend the normal judicial procedures – which is what administrative detention does.

Arresting someone for crimes they have not yet committed is wrong. There is a midrash that teaches that when Abraham banished Hagar and Ishmael, one of the angels objected to God providing them with water. “The descendants of Ishmael will be trouble for the Jews,” the angel said. God replied, “He is judged where he is now, not for his future actions or the actions of his descendants.”

The movie Minority Report shows us why judging someone on future behavior is problematic. The cop played by Tom Cruise is falsely charged with a future murder and has to go great (and exciting) lengths to clear himself.

It is reported that at least one of the Jews under administrative detention, Mordechai Meyer, was arrested because he is suspected of involvement in the fire in Duma that killed two Palestinians.

He had previously been arrested, and released, because of suspected involvement in a church arson in the Galilee.

It is wrong to administratively detain him because he is suspected of having committed a crime. The police need to either find the evidence required to charge him with a crime, or let him go.

And then there is the case of the Palestinian administrative detainee Muhammad Allan, who has been on a hunger strike since the middle of June. The IDF states that administrative detention is used only when “the person poses a specific and concrete threat of a substantial nature to the security of the West Bank or its population.” Allan is so weak he is in and out of a coma. It seems unlikely that he could at the present time pose such a concrete threat to the security of the West Bank. He, too, should be released.

This week’s Torah portion, Shoftim, includes the famous command “Justice, justice you shall pursue.” There are situations where administrative detention can be justified – when there is concrete evidence that someone is about to commit a violent act, and it must be stopped. But holding a Jew because of suspicion of involvement in a crime that has already been committed, or a Palestinian who could not possibly pose an imminent threat, is an abuse of the procedure. 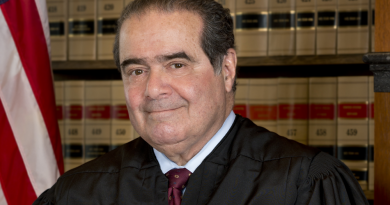 A Visit to Sderot